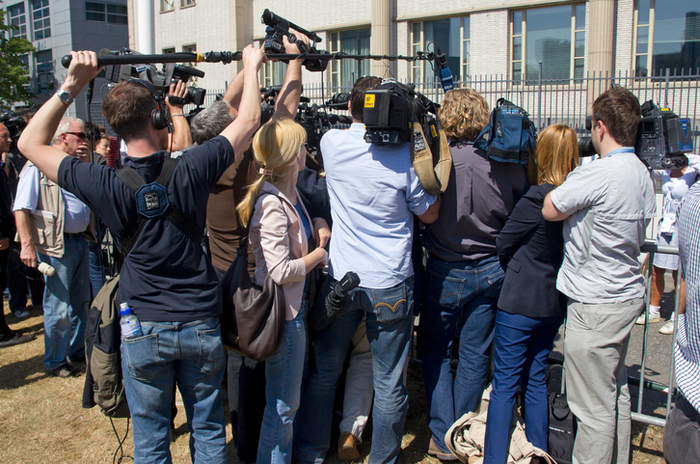 We're surrounded by media on a daily basis and its influence absolutely cannot be denied. According to Statista , it was found that, as of September 2017, the typical American spent an average of 721 minutes per day consuming media. Of this number, U.S. adults spent an average of 123 minutes on laptop or desktop activities, while the daily reach of television was estimated to be roughly 75 percent of the population.

Given this huge amount of interaction with media combined with the reach of television, major news stories, like those of high-profile trials, influence public opinion and, in certain cases, potentially even the jury itself. Here are a few examples of such trials where media may have played a role in the outcome.

Aileen Wuornos, branded as America's first female serial killer by the media (a label used as the defining theme of her trial coverage), is a prime example of media coverage and influence. Media coverage of her crimes helped sway the public against her, painting her in the image of a 'man-hating murderer' before the case was closed.

Although her story around the murders changed frequently, she held constant her belief that the media had created a bias against her. Prior to her initial trial, she requested a change of venue due to the publicity already surrounding her case. This was denied. After the initial trial, she claimed that the media coverage was out to get her, leading to her being found guilty.

In some ways, it was not the media itself but the drive by various individuals surrounding the case to gain publicity and money that may have affected the outcome of Aileen Wuornos' trials. It came to light that Tyria Moore, Wuornos' alleged lover, made money from several book and movie deals by selling her story (allegedly, making even $10,000 from an interview with Nick Broomfield). Three officers involved in the case later resigned after allegations arose that they sold their stories for a movie deal as well. They claimed to be using the money for a fund for Wuornos' victims, and subsequently denounced fellow officers as having brought the movie deal to light out of jealousy for not being included in the deal.

Wuornos' attorney after the initial trial, Steven Glazer, was accused by her initial trial attorney Tricia Jenkins of mishandling Wuornos' appeals. Glazer, an inexperienced attorney, allegedly told Jenkins that 'he was taking the case because he needed the media exposure.' His convincing of Wuornos to plead no contest to the subsequent counts of murder is speculated to have been motivated by his inability to handle a multiple murder trial. As Wuornos had no money to pay Glazer, he received his compensation by being paid for interviews. One such example is receiving $25,000 for speaking to Nick Broomfield, the documentary filmmaker, about the case.

Aileen Wuornos was sentenced to death, carried out by lethal injection in 2002. Although there is little-to-no doubt about her guilt, the media likely played an influential part in her receiving the death penalty.

Netflix Series - Making a Murderer: The Murder of Teresa Halbach

Netflix's 'Making a Murderer' garnered massive attention for the trials and convictions of Steven Avery and Brendan Dassey in the 2005 murder of Teresa Halbach. Released on December 18, 2015, this ten-episode docuseries led to a petition with over 130,000 signatures to be presented to the White House asking for then-President Obama to issue a pardon for Avery and Dassey for their wrongful conviction in the connection to the murder of Teresa Halbach. As the pair are state prisoners, President Obama had no authority to issue a pardon, which would need to come from state authorities in Wisconsin (Governor Scott Walker declined to issue a pardon as well).

Media influence does not die there, however. The widespread popularity of 'Making a Murderer' led to the family setting up a website aimed at building funds for a defense effort. Since then, Kathleen Zellner, who specializes in wrongful convictions, has been retained as Avery's attorney. Dassey, whose legal team fought for a release or retrial citing a coerced confession, may also have benefited from the mass amount of media surrounding him since the release of the docuseries. On appeal, a federal judge ruled that the confession was coerced and ordered him released. This ruling has been battled back and forth ending in the current bid by Dassey for his case to be reviewed by the U.S. Supreme Court. The widespread awareness of the case brought about by the series has lead tosix organizations filing friend-of-the-court briefs in support.

'Serial' is an investigative journalism podcast hosted by Sarah Koenig that gained massive popularity in 2014 and 2015, when its first season covered the 1999 case against Adnan Syed. Syed has been in prison since his arrest and conviction for the murder of his classmate and former girlfriend Hae Min Lee. Since October 2014, the podcast has been the fastest podcast to ever reach 5 million downloads (according to Apple) and reached an estimated 40 million downloads by December 23, 2014. Each installment was a new chapter in the case and the attention spread worldwide.

Having all eyes on this case, a Maryland lower court judge vacated Syed's conviction in 2016 and granted a retrial. The argument from his current representation was that Syed's assistance from prior counsel was ineffective due to his previous lawyer's failure to investigate a potential alibi witness. The ruling was appealed; but, in March 2018, the second-highest court in Maryland upheld the ruling to grant a retrial to Syed.

Indisputably, 'Serial' produced laser focus on this case, ultimately leading to a re-examination of the previous trial, scrutiny of the American justice system and racial discrimination, and granting of a retrial for Adnan Syed.

The media is a major part of our lives, and it has the capability to reach and affect people on a global scale. As shown above, this media influence can impact a trial outcome; sway mass public opinion; result in dangerous mistakes; or, possibly, lead to the correction of injustices. As society becomes more intertwined with the media and public lives of others, we can expect additional situations like the ones shared above to arise.