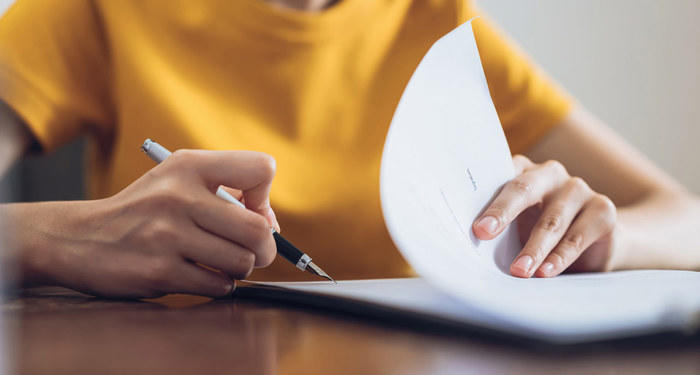 One of the best ways to prepare for any test is by taking a practice test and going over sample questions. Tests can be some of the most stressful events in our lives. This is especially the case when the test is particularly important, long, or expensive. The MBE exam is an incredibly important test for aspiring lawyers as their careers cannot start in earnest until they have passed it. Add to that the fact that the MBE is only administered twice a year, and the stress of taking this test piles up quickly.

For law students, the Multistate Bar Examination (MBE) is one of the most important tests you will take in your career. Created by the National Conference of Bar Examiners (NCBE), the MBE’s purpose is to determine the extent to which you are capable of applying fundamental legal principles and reasoning to analyze fact patterns. Due to the weight that passing the MBE has on your future, it’s imperative that you be as prepared for the test as possible.

For those looking to practice law in any U.S. jurisdiction aside from Louisiana or Puerto Rico, the MBE is an essential piece of the Bar exam—comprising as much as 50% of the total Bar exam score. The MBE is administered over two days in three-hour sessions of test-taking. The test is 200 questions in total with 100 questions given on each day. The subject matter on the MBE is broken into seven areas of legal knowledge: Torts, Civil Procedure, Contracts, Criminal Law and Procedure, Evidence, Real Property, and Constitutional Law.

What is Contract Law?

Contract law deals with the making and enforcement of agreements. In legal terms, a contract is understood to be a legally enforceable agreement between two or more parties in which an obligation of completion is created. Creating a legally enforceable contract with terms that all parties involved can agree upon is an essential aspect of contract law. Contracts are created to ensure that all parties involved in the agreement can agree on the specifics of what is expected while also providing documentation of the agreement in case a breach of the contract occurs.

A breach of contract is often what leads to litigation between participants of a contractual agreement. Whether or not a breach has indeed occurred and whether guilt can be assessed is a major aspect of contract law. When a breach is deemed to have occurred, remedies are determined which often involves assessing damages incurred by the aggrieved party. Parties seeking damages must prove the validity of the contract as well as providing appropriate remedies for the breach.

The specifics of contract law vary depending on where the court presiding over the case is, as different states and jurisdictions have different laws that can apply. Due to this, practicing contract law requires an understanding of both Federal and State laws regarding contracts. Contract law places an especially heavy emphasis on word choice as each word in a legal contract needs to be intentional and clear in purpose.

Ensuring that contracts are written as clearly as possible is essential for crafting agreements that all parties can come to terms with. It’s also important to write the contract in a clear way to ensure the contract can be enforced in the case of breaches or disagreements later on down the line. Contracts are interpreted in the courts by reviewing the documents from the perspective of an objective and reasonable person. This means that confusing language or ambiguous wording can be extremely detrimental if a contract dispute occurs.

Legal contracts can take many different forms. Examples of legal contracts are loan documents, property lease agreements, and employment contracts. Contract law is one of the seven areas of law that you will be asked questions about when you take the MBE. Due to this, it’s imperative that you have a strong grasp of contract law specifics. When you’re ready, fill out the form below to view the Contracts MBE Sample Questions page where you can get a better idea of what kinds of questions will be presented to you when you take the official MBE.