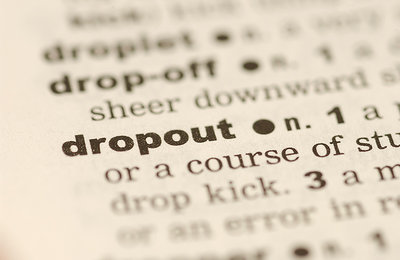 As you are now in the thick of your bar prep, we thought we could lighten your mood by reminiscing about your first few months of law school. Remember those, bright, youthful days? Remember stepping in to your first ever law school lecture? Remember the first time you were called on by a professor? More importantly, do you remember the different friends and peers who were siphoned off those first few months during your 1L? Whatever happened to that young girl in your Contracts class who always sat in the front? What about that guy who always played snake on his laptop in your Torts class? What was his name? Though you and many of your friends made it through to the end of the long law school journey, many others ended up taking a different path. Today we will be focusing on those people: the law school dropouts.

Though you found your way to the end of law school, others may have realized through their 1L trials and tribulations that law school just wasn't for them. Maybe they came face to face with the fact that they no longer wanted to be an attorney. Whatever their reasons were, these law school dropouts have many paths they could have landed on. Don't fret, it's all going to be fine for your law school dropout friends. There are many other routes to professional success! Their dreams may just be at the end of a different path.

There are many people throughout the years who have dropped out of law school to become very successful. Let's go through a few examples, shall we?

So, regardless of what path your friends may have ended up on, as long as they stay focused and keep their goals in mind, we think they'll be just fine. And, they, unlike you, are not inundated with bar prep and stress. Maybe there was something to their decision? We kid! Keep up your hard work. It'll soon pay off.