Home TestMax Blog Choosing an In-... 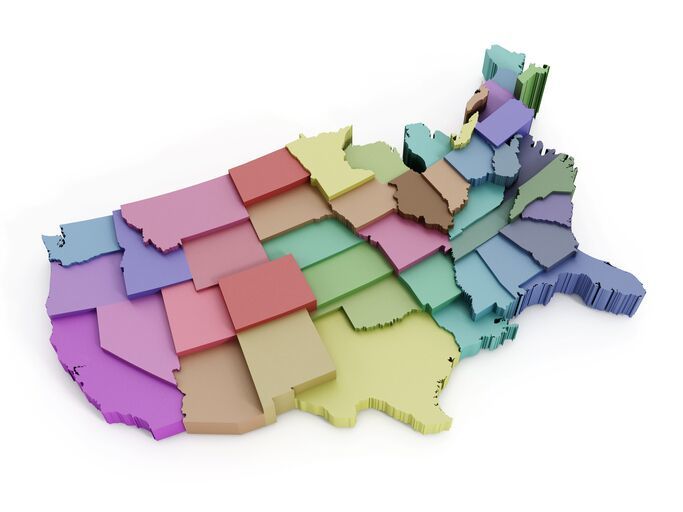 Choosing where to go to law school is one of the most important decisions of any lawyer’s life. When deciding between an in-state and out-of-state school, there are many factors to consider, and each option has certain advantages and disadvantages that may sway your final choice:

In State vs. Out-of-State Expenses

The following is a breakdown of in-state versus out-of-state expenses, from tuition, to cost of living, to travel.

Here's an example comparing in-state and out-of-state tuition from the University of Virginia (UVA).

In-State: Tuition at in-state schools is less expensive. In-state tuition at UVA is $58,300.

Out-of-State: Tuition at out-of-state schools is more expensive. Out-of-state tuition at UVA is $61,300.

In-State: Depending on the location, an in-state school might mean cheaper rent, groceries, and incidentals. You may also be able to spend part of your experience at home to save on the expenses above.

Out-of-State: An out-of-state tuition cost might mean even more debt to repay expenses for such things as a more expensive apartment, pricier cheese, and a costlier social life. If you put down roots in a more expensive city than where you come from, this will translate to a higher cost of living beyond law school. Attending law school at NYU and hope to live there afterwards? Per CNBC, the average home in New York City costs $1,621,965. Compare that to Austin, Texas, where the average home goes for $396,919, according to Realty Austin.

In-State: An in-state school may limit you to job opportunities close to home. That’s great if you call a place like New York City home, but not so great if you’re from a rural area. On the other hand, if you go to the best law school in a smaller job market, you will be the most attractive hire with less competition.

The law school you attend will cover the laws of the state in which it operates, which may help you pass the Bar in that state. So, if you’re planning to take the Bar in a state other than that of your school, you won’t have a leg up.

You should go to law school in a location that matches your expectations for daily life. Riding the New York City subway every day is a grueling, tiring, jam-packed way of getting around. It’s also cheap and convenient, but it’s not for everyone. If the packed streets and subways of NYC are not for you, opt for a law school that’s in a slower, smaller setting. Somewhere that lets you have a car, a backyard for your dog, or access to hiking or skiing.

Similarly, think about the everyday offerings of a school’s location, from restaurants and comedy clubs to theaters and museums.

And think about demographics, too. If diversity is important to you, look at the makeup of the student body, faculty, and city to see if it matches what you’re looking for.

Being close to family and friends is important, too. Think about your needs not just during law school, but also in the long term. If you stay in the location where you attend law school—raising a family there one day—how will it affect your relationships with your friends and family? If you go in-state, these relationships will be easier to nourish. It may be harder to do so out of state.

Is Tuition Cost a Main Factor?

Note that if price is your main factor, it is possible to establish residency status in many states, meaning that, if you choose to attend an out-of-state law school, you could achieve residency by the following year, bringing your tuition costs down for your final two years.

May the odds be ever in your favor!