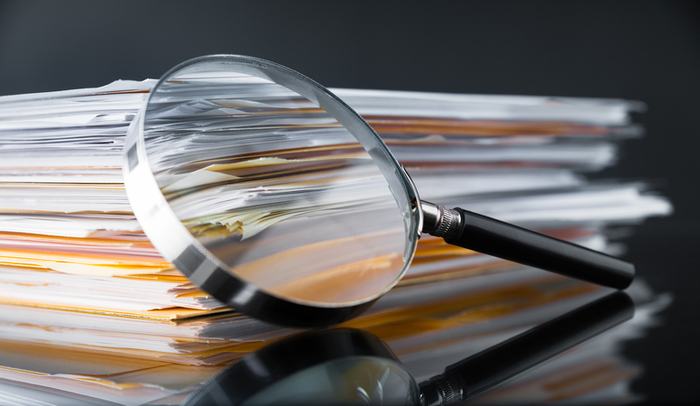 When a lawsuit is filed, the work for the trial begins well before entering a courtroom. The most important part of this pre-trial work is legal discovery, a formal process of exchanging information between parties about the evidence and witnesses that will be presented at trial.

During this process, each side gathers information, requests answers, and provides responses of their own. The rules of discovery begin at Rule 26 of the Federal Rules of Civil Procedure (Title V. Disclosures and Discovery).

What is the Purpose of Legal Discovery?

The legal discovery process allows each party to learn what evidence may be presented during the trial before it begins. Sharing information on both sides prevents one side from withholding evidence or witnesses until the trial and creating a “trial by ambush” where the responding side is not given the chance to develop answering evidence.

Another intention of the discovery process, aimed to prevent a less nasty situation, is to allow the trial to continue uninterrupted by each side requesting information from the other. This would hold up the process and drag the trial out longer than necessary without good reason.

What Can Be Discovered

The basic rules of discovery maintain that all parties are permitted to obtain information that relates to the lawsuit (no matter how minor) as long that info is not “privileged” or legally protected.

Examples of things an attorney may request in discovery include:

Limitations on What Can Be Discovered

Discovery can be a tricky process, as nearly anything that relates to a dispute can be brought into question. Attorneys can easily step over the line in this regard as some might try to gain access to information that is not only private and confidential, but which is only intended to humiliate the other parties.

However, while virtually any information can be included in discovery, there are some limitations that protect private material from being divulged to the public. This includes:

Private discussions between people in certain relationships are granted special legal protection known as “privilege” and cannot be disclosed to the public (whether verbal or written). Privilege pertains to the following relationships:

While this is a contentious right, the courts recognize that some areas of personal life should stay private. However, what counts as private is controversial, and the protections afforded to privacy vary by state. Generally, the right to privacy means an individual is not required to divulge information that doesn’t pertain to the lawsuit, especially if it involves matters they would otherwise not reveal to anyone outside their private life.

Examples of protected private matters can include:

When it comes to privacy, the courts are more inclined to protect the rights of individuals who are not directly related to the lawsuit than those who are. For example, limits are often placed on how much information can be obtained from co-workers, family members, or witnesses who weren’t directly involved with the event. The reasoning behind this is it isn’t deemed fair to invade the privacy of individuals who were unwittingly pulled into a dispute.

During discovery, sensitive and confidential information is often revealed. To protect this information from being disclosed to the public, a judge can order what’s known as a “protective order” so that all information is kept confidential. This prevents the party or parties from disclosing the information outside the courtroom. It can also be banned from public record.

There are several types of discovery that are often used in lawsuits. Below are the most common.

Taking a deposition is one of the most common forms of discovery. Depositions, or “depos,” are statements given under oath by participants involved in a case while outside of court. These can be made by written transcript and/or video and used both in preparation for trial and frequently during the trial itself. During oral depositions, both sides have the right to be present.

Depositions allow both sides to know what a witness will say in court. It gives them the chance to build a defense or discredit the opposing side’s testimony should the witness waiver while testifying in court. Frequently, depositions are used for witnesses unable to appear in court, being read aloud and entered into evidence.

Most frequently, depositions involve an oral examination followed by a cross-examination done by the opposing side. When giving a deposition, it is of utmost importance to give only the facts, no opinions or speculations. Also, when questioned by the opposition, only answer the question asked and do not provide additional information beyond that.

In addition to requesting evidence, an RFP can be used to inspect physical property. This may include an expert examining the object or property under dispute, such as an electrician being brought in to examine electrical work being disputed.

If a request for production is ignored or not fulfilled within the court schedule, the court issues a subpoena duces tecum, demanding the party bring forth the requested materials to court or be held in contempt.

A request for admission, also known as a request to admit, is a written statement used to establish basic facts and avoid having to establish them in trial. It is not used to seek an admission of guilt but to have both parties acknowledge and agree to certain facts ahead of time. These can include the ownership of a vehicle involved in a car accident, legal names, addresses, etc. An RFA also serves to establish the authenticity of documents under oath.

Interrogatories (also known as “interogs”) are lists of written questions submitted to the other party to be answered in writing and under oath. These answers are required within 30 days of being served the interrogatory unless otherwise adjusted under Rule 29 of the Federal Rules of Civil Procedure or by court order. The overall usefulness of interrogatories as a method of discovery is low. The answers provided are typically carefully constructed by lawyers and end up saying very little.

There are less formal ways to gather information as well. Examples of such methods might include taking photographs of accident sites or damaged property, researching the opposing side, or collecting documentation from third parties to back your claims.

The legal discovery process is an incredibly important piece to the puzzle that starts well before the trial takes place. A few final reminders about this process: