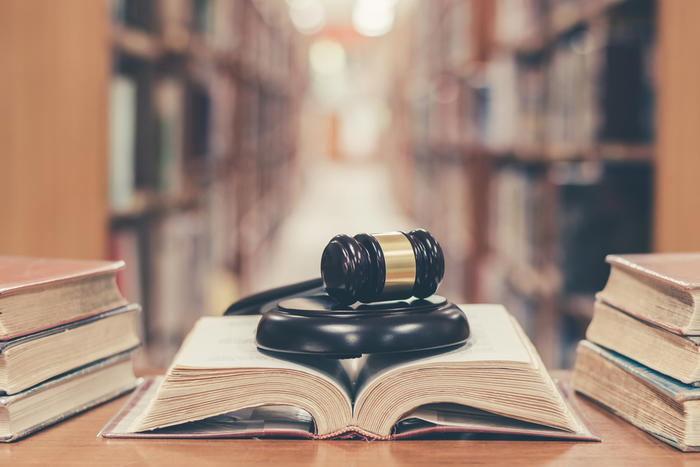 Taking the LSAT can be a harrowing process, so much so that students who are taking it might already be planning to retake the test before they’ve even taken it for the first time. It is widely agreed that taking the LSAT only once is the best way to go when it comes to law school admission, if only for the sake of your stress levels. However, taking it more than once certainly won’t ruin your chance of getting into law school.

This leads to the question; how many times can you take the LSAT?

How Many Times Are You Allowed To Take the LSAT Exam?

Students can only take the LSAT three times during a testing period. The testing period is from June 1st to May 31st every year. There is a five-year period where LSAT scores are valid, and during those five years, students may only take the test five times. Again, this can be appealed if a student feels like they need to retake the test, but it is rare for LSAC to allow this.

Does Taking the LSAT Multiple Times Hurt Your Chances of Getting Into Law School?

There are different schools of thought surrounding this question, though the general consensus is that, if possible, you should take the LSAT just once. This is because all of your LSAT scores, including canceled scores, are sent in your report to any law schools you may apply to. Students who take the LSAT just once with a high score may have a slight edge over those who take it multiple times. However, it does not hurt your chances of getting into law school if you take the LSAT more than once.

If you talk to someone who took the LSAT years ago, they might advise you not to take the LSAT more than once. This is because law schools used to average LSAT scores for students who took the test more than once. That is no longer the case. This changed in 2006, and now law schools simply accept your highest test score, so students won’t have to worry about scores being averaged out.

Do All Law Schools Accept Your Highest LSAT Score?

Law school rankings are based on LSAT results obtained by U.S. News, so schools are incentivized to take a student’s highest LSAT score. This is the case for many schools, but some still have policies that are a bit different. So some law schools will accept your highest score, but still, consider all of your LSAT scores for admission.

Should I Take the LSAT More Than Once?

If you are a student who believes that you can improve on your original score, then it may be worth trying again. In fact, most students go into the LSAT with a target score, and if they don’t hit that score, they prefer to retake the test.

However, there are downsides to taking the LSAT more than once.

It May Not Be Worth the Extra Effort and Stress

Most students who take the LSAT more than once will typically only score one to two points better on their retake. Because of this, it might not be worth all the extra work that goes into the LSAT.

It Can Be Expensive To Take the LSAT Again

It could also cost you extra money. Students who want to do better on their LSAT retake (or retakes) will probably want to take more prep courses, which can be very expensive. Students will also want to take more practice exams, costing even more money. You will also have to pay the applicable LSAT testing fees to retake the test, which at the bare minimum costs $200.

It Can Impact Your Law School Application Timeline

The process of preparing for the LSAT takes months. Students who decide to take the test again will, no matter what, have to wait until the next available test date. The LSAT is available four times during the year; February, June, October (sometimes late September), and December. Students might find that they aren’t ready to retake the LSAT in time for the next testing period, costing them even more time.

This will also affect college applications. Students generally have a pretty good idea of their timeline when it comes to law school applications when they go into the LSAT. Retaking the LSAT will change this timeline significantly.

You May Do Worse When Retaking the LSAT

Another thing to consider is that you actually might do worse the second or third time around. There are statistics to back this up. While a little bit more than half of the students who retake the LSAT score within a range of two points of their first test, about 30% of students actually do worse. This is probably because most students who decide to retake the LSAT are in such a rush to do so that they don’t put in the proper preparation.

Preparing To Take the LSAT Again

If you have decided to retake the LSAT, you will want to make sure you go into it fully prepared. Some students think that they can retake the LSAT with less preparation, hoping the experience of already having taken the test will give them an upper hand. Unfortunately, as we’ve seen with statistics, this is not true.

Those looking to retake the LSAT will want to prepare fully—almost as if it’s their first time—and prepare differently than before. Obviously, students retaking the test will want to make sure they tighten up any weak spots they had from the previous test. This will take some creative studying, but it isn’t impossible. So, how should you prepare when retaking the LSAT?

The first time you took the LSAT was probably a pretty frantic experience, especially in the days leading up to the test. Now that you’ve taken the test, you know a little bit more about what to expect. This will afford you the luxury of taking a deep breath and slowing down.

Slowing down also allows you to really focus on what you need to focus on. This will be whatever part of the LSAT is your weakest area. Instead of frantically trying to cram all of the information you can in the days leading up to the test, you should do more pointed, focused studying.

Now that you have taken the LSAT once, you can use that experience to influence your practice routine. Instead of taking mock tests at home, why not take them in an environment that closely resembles what you will encounter when you take the test again?

You could ask one of your friends to be a mock proctor. Don’t bring any notes with you. Bring only what you are allowed to have at the actual LSAT, which is your ID, your keys, writing utensils, sharpener, eraser, a limited amount of scratch paper, tissues, and a bottle of water no bigger than 20 ounces.

Work on All Areas of the LSAT

Even if you are only worried about one section of the test, make sure you practice all test areas and take them seriously. There’s a saying in sports that applies well to test-taking — practice how you play.

This isn’t to say that the prep method you used for your first LSAT was bad, but now that you know where you struggled, you should find a method that focuses on that area. It also might be refreshing to do something different after spending so much time studying the first time through.

A lot of students who choose to retake the LSAT rush into the process because they want to get their future moving as soon as possible. This is completely understandable, but if you want to raise your test score, you’re going to need to really commit to studying all over again.

Maybe you did poorly on the reasoning section, so you spend all of your time studying for that. This makes sense, but if you don’t go over the other sections that you did well on, you will most likely slip in those areas.

The LSAT is known as one of the hardest tests for a reason, and just because you have taken it once doesn’t change that fact. The LSAT changes from test date to test date, so while you may be prepared for the pressure, the questions will be completely new each time. So it’s imperative that you take the time to strengthen the areas you did poorly on, but you still need to be sharp in the areas that you aced.

Remember, if you have to take the LSAT more than once, it isn’t a failure on your part. Getting into law school is hard. It’s designed to be that way. Take your time, breathe, and focus.

How to Explain an Unusual College Major in Your...