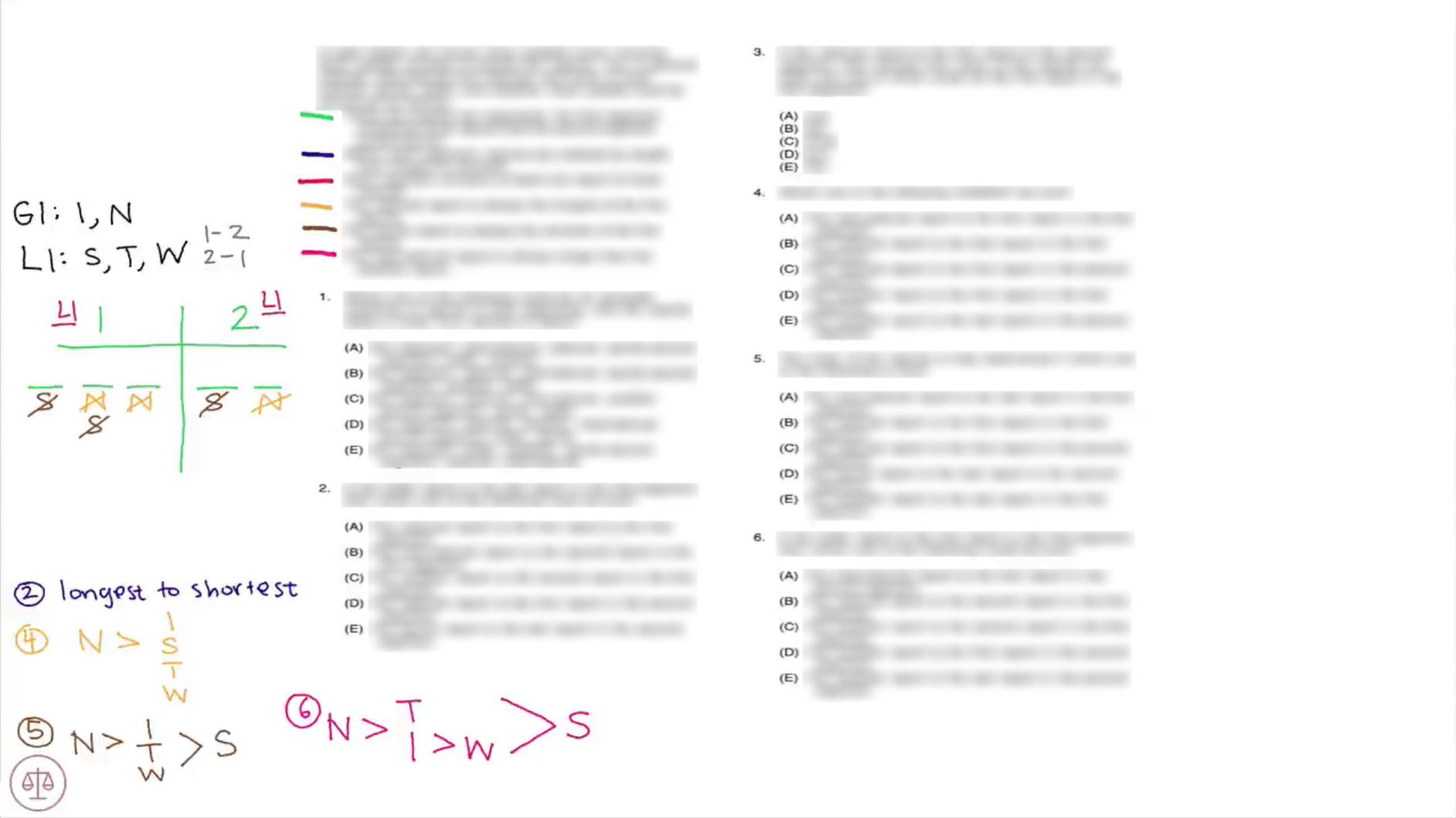 The very first game in the June 2014 Logic Games section is interesting because we don’t quite get a full setup until we hit the rules. The initial passage merely tells us that we have two groups of variables: General Interest with International and National reports and Local Interest with Sports, Traffic and Weather reports. But, until we hit the rules we don’t actually know how we are expected to organize the variables.

Rule #1 tells us that there are only two segments, the first segment containing three reports and the second containing two. This gives us the structure of our game, and so far we are faced with a Grouping Game. We must place our reports into two different groups.

Rule #2 tells us that within each of the segments, the reports are ordered by length from longest to shortest. So, this gives us a sequence: from smallest to largest. Therefore, combining our initial passage, rule #1 and rule #2, we now have a Hybrid Game because we are both distributing variables amongst groups and placing them in an order.

Rule #3 tell us that each segment has at least one report of local interest, so we can put a placeholder for each above near segment 1 and 2 to remind us of this rule.

Rule #5 tells us that the Sports report is the shortest of all the five segments. So, we can combine that with rule #4 and create the long chain: N > (I, T, W) > S. This means that S cannot be in first or second slots of the first segment, and it cannot be in the first spot of the second segment.

Rule #6 tells us that the International report is longer than the Weather report. Thus, we can make our new chain combining everything we know from rule # 4 and 5 like so: N > (T, I >W) >S.

Even though we haven’t made any major deductions in the setup, the fact that we have so many rules works in our favor since there are a lot of ways we need to limit each scenario. You’ll see as you work through this game how easily the answer choices pop up because of how many different rules we have to work within.

Hope you found this fame pretty simple! Go ahead and review your work by watching the full game setup below: