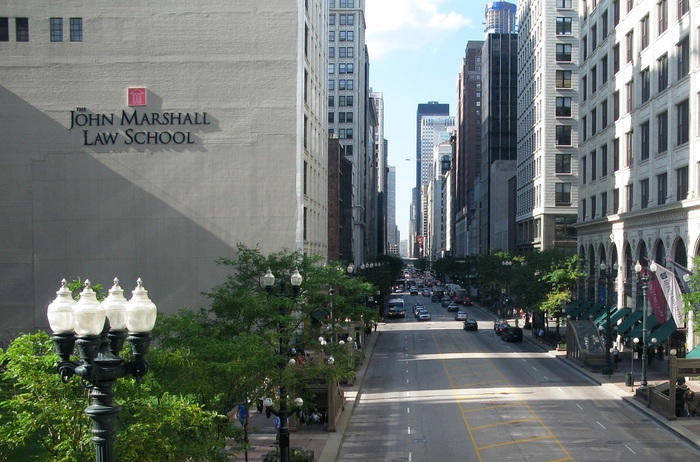 Looking for the easiest law schools to get into? Getting into law school is tough, but not insurmountable. As long as you have the minimum requirements to get in, your dream of getting your Juris Doctor degree and becoming a lawyer is achievable.

Fortunately, there are a host of other law schools that you can apply to with a lower GPA and LSAT score. Many of these law schools have high acceptance rates, and most of their graduates go on to pass the bar exam and get well-paying jobs.

12 Easiest Law Schools to Get Into

These are the 12 law schools that are the easiest to get into in the country — and that still can help you start your dream legal career.

Even though Southern Illinois University has an acceptance rate of about 50 percent, it has a bar pass rate of almost 65 percent. While this isn't as impressive as the bar pass rate of the nation's top law schools, it's still noteworthy. This law school admits applicants with a minimum LSAT score of 147 and a 3.00 GPA, so just by the nature of the game, the bar pass rate will be a bit lower.

Aside from being easy to get into and offering an excellent educational experience, Southern Illinois University is also quite affordable. Yearly tuition and fees for a full-time J.D. program for in-state residents are about $22,000, while the same program for non-residents costs about $44,000.

Charleston is not as strong of an option as Southern Illinois because its recent average bar pass rate is only 54.8 percent, but if you aim to apply to a law school that probably won't say no, Charleston could be the right choice.

They have an acceptance rate of about 55.6 percent, and their minimum LSAT score is only 145, with a minimum GPA of just 3.00.

Western Michigan University's Cooley Law School always comes up in conversations about the most accessible law schools to enter. Its acceptance rate is unprecedented at a stunning 86 percent, although it's got a bar pass rate of just 43 percent.

With a minimum LSAT score of 142 and a GPA of 2.90, this law school is one of the easiest in the nation regarding admissions, but know that this school's easy requirements come at a significant price. Tuition and fees for a full-time J.D. program come in about $51,000, which is expensive for the quality of education you'll receive.

Loyola is both easy to get into and has a high bar pass rate. In spite of its acceptance rate of 60 percent, Loyola has an impressive bar pass rate of about 85 percent. Those are great odds on both sides.

As long as you work hard and don't take your admission for granted, you'll probably pass the bar exam immediately after graduating from this law school. Attendance isn't cheap, though, and will cost you about $44,000. With a minimum LSAT score of 148 and a 3.10 GPA, your chances of admission are good even if your test results aren't.

With an acceptance rate of 65 percent, this law school isn't the easiest to get into. Your chances of admission are high if you score above 144 on the LSAT and have a GPA above 3.00, though.

Another reason to consider attending this school is it's low price. Tuition and fees for a full-time program are about $16,000 for residents and $28,000 for non-residents. On the downside, its bar pass rate stands at 58 percent, which is low for Louisiana: the average bar pass rate in the Bayou state is 76.6 percent.

With a minimum LSAT score of 140 and a 2.90 GPA, your chances of getting into this school are excellent. The tuition fees are also attractive if you are a resident of the state, about $19,000, but if you are a non-resident, a full-time J.D. program costs about $41,000.

Another good reason to pursue your law degree here is the school's bar pass rate of 67.2 percent, above the state's general average pass rate of 65 percent.

With an acceptance rate of 63 percent, this school is slightly more competitive than some of the easiest on our list, but your chances of getting in are good if you have at least an LSAT score of 143 and a GPA of 2.80.

What makes this school especially attractive is it offers lots of opportunities for financial aid, even though its tuition is reasonably affordable at $31,700 for a full-time program. Even better is the school's pass rate of 84 percent, better than the state average of 75 percent.

Willamette has a high acceptance rate of 76 percent, which means getting in is relatively straightforward, as long as you have a minimum score of 149 in the LSAT and a 3.10 GPA.

Willamette's creating law school opportunities for more students doesn't mean its students pass the bar. A less-than-average 79 percent of Willamette's graduates pass the bar exam on their first try, but that's a lot better than some schools on this list, although stats vary a lot year to year thanks to their small class size of just 300 J.D. candidates.

Link: www.law.cu-portland.edu< Concordia's acceptance rate of 60 percent is a bit low compared to other law schools on this list, but even though the school accepts applicants with a minimum GPA of 2.8 and 144 LSAT score, it has an impressive bar pass rate of 83 percent. Even better, tuition and other fees are $30,000, making it an excellent choice for aspiring lawyers looking for a quality school that is easy to enter.

With an acceptance rate of 69 percent, this school offers a good chance of admission as long as you have an LSAT score of 147 and a 3.0 GPA. Its full-time J.D. program is also quite affordable at $34,833, especially considering that the school has a 78 percent bar pass rate.

And more good news: More than half of Roger Williams' law students receive some sort of financial aid to offset the cost of tuition.

Compared to other schools on this list, getting into John Marshall is relatively competitive. Not only is its acceptance rate comparably low at 65 percent, but the tuition and fees for its full-time J.D. program are also quite pricey at $47,500 per year.

While you'll need an LSAT score of 148 and a 3.1 GPA to get into this school, the bar pass rate is pretty average at 71 percent. You might want to explore other options before considering accepting admission into this school.

With an acceptance rate of about 40 percent, Thomas Jefferson has a high approval rate for the quality of education you get. You need a minimum LSAT score of 144 and a 2.80 GPA to get in, but even though this school is relatively easy to get into, it's not cheap, costing about $49,500 with tuition and fees.

On the downside, the Thomas Jefferson School of Law has a bar passage rate of about 30 percent for first-time takers. That low rate isn't promising if your goal is to become a licensed lawyer immediately upon graduation. Also, be aware that this school isn't ABA-approved, which means that, after graduation, you'll only be able to take the bar exam in California. However, if you plan on working in the state, this may not be an issue for you.

Do You Need to Take the LSAT to Get Into Law School?

The LSAT is the biggest barrier to most people getting into law school. Several law schools in the United States have made it possible to get into their J.D. program without first taking the LSAT, but is going to law school without taking the LSAT a good idea? Probably not.

The LSAT tests whether you have the required skills and competence to cope with the challenging law-school curriculum. You don't need prior legal knowledge to pass the test, but you do need excellent reading comprehension and analytical and logical reasoning skills.

What Law Schools Can You Get Into Without Taking the LSAT?

You can get into ABA-accredited law schools like Columbia, Texas A & M University, University of Nevada, Massachusetts, William S. Boyd, and others without the LSAT, but we strongly advise that you take the LSAT to check how likely you are to survive, or hopefully thrive in law school.

And doing poorly on the LSAT isn't a death sentence. It just means that you have to study harder and try again. If an unacceptable score on the test the first time puts an unshakable fear of the LSAT in you, it's possible you're not ready for the strict, intense environment of law school either. If there's something about the LSAT itself that doesn't work with you, consider the GRE as an alternative.

Can You Get Into Law School by Taking the GRE?

The GRE is an alternative to the LSAT that several prestigious law schools (Boston University, Brigham Young University, and the Brooklyn Law School, to name a few) have started taking along with the rest of an application.

Remember that while test scores are important, GPA is heavily weighted as well; also, the rest of your application — including career experience, extracurriculars, your personal statement, and more — plays a large part. It's worth it to take your time here, as it can make all the difference.

Shortcomings in these additional application components can disqualify you for admission, even if your LSAT and GPA are stellar. To avoid this, be sure to put in the necessary effort to polish every aspect of your admission application.

Find the Right Law School for You

A low LSAT score doesn't have to stop your legal dreams. With this helpful guide to some of the most accessible law schools in the US, you can get ready for the career you deserve.