Home > TestMax Blog > Getting into No... 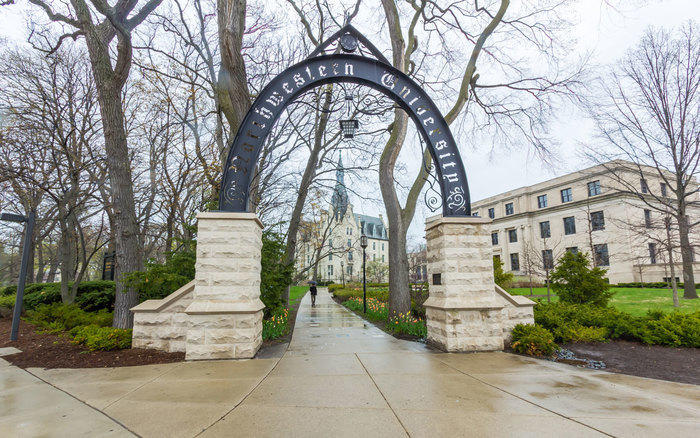 Northwestern University Pritzker School of Law is part of the T-14—the 14 U.S. law schools that have consistently topped the U.S. News & World Report rankings since 1987. It is accredited by the American Bar Association and a member of the Association of American Law Schools.

The school traces its roots to Chicago University, where it began as the university's law department in 1859 and became the first law school in Chicago. In 2015, the private institution changed its name to Northwestern University Pritzker School of Law to recognize the Pritzker family's contribution to furthering the school's mission.

Its Master of Science in Law (MSL) program is geared toward individuals from highly technical backgrounds like the sciences, technology, engineering, and medicine. The MSL program covers legal and business issues affecting these fields, such as intellectual property law and regulatory analysis.

Clinical education has long been embedded in Northwestern Law's curriculum, with clinical courses first instituted in 1919. Then in 1969, the school opened its legal clinic with only two attorneys. Today, the Bluhm Legal Clinic has established itself as among the most comprehensive clinical programs in the U.S.

About 90% of Northwestern Law's graduating students participate in at least one clinic. During these programs, students have helped exonerate wrongfully convicted individuals, assisted small business owners, and participated in cases before the Supreme Court.

The law school's students come from diverse backgrounds, and a significant number are from minority populations. As of October 2019, 10.58% of the school's J.D. students are Hispanic, 8.97% are Asian, and 5.35% are Black or African American.

To date, over 16,000 alumni from more than 90 countries have obtained their degrees from Northwestern Law. Some continue screen applicants by participating in the school's on-campus and off-campus interview programs.

Northwestern Law has a long list of distinguished alumni who have occupied key positions in the public and private sector or began a series of firsts in the legal field. Among them are:

Northwestern Law has 141 full-time faculty members and over 100 other staff (including adjuncts and lecturers). Approximately 51% of its tenure-track faculty have PhDs.  Its student-to-faculty ratio is only 3.6:1, which is the lowest among top law schools.

The law school is within Northwestern University's 20-acre campus in Chicago, right along Lake Michigan's shores. Its downtown location gives students easy access to everything Chicago offers, from food and music to history, arts, architecture, and nature.

A law school's ranking is among the factors many aspiring law students consider. Top-performing schools are usually the toughest to get into. However, graduating from a highly ranked law school also increases your chances of securing a job interview, joining a reputable firm, or landing a prestigious judicial clerkship.

Northwestern Law is well-known among the top law schools in the U.S. It ranked no. 9 in the latest U.S. News & World's Best Law School report. It also topped several specialty rankings, particularly those for the best programs on tax laws (no. 3), dispute resolution (no. 6), and clinical training (no. 6).

In Above the Law's ranking of the top 50 law schools, which focuses on employment outcomes, Northwestern Law ranked no. 9 in 2022, going from from no. 10 in 2020. Northwestern likewise ranked in Above the Law's top 10 Go-To Law Schools in 2022. The rankings focused on the percentage of new graduates who landed associate posts in the country's 100 largest law firms.

What is Northwestern University Pritzker School of Law Acceptance Rate?

Top-ranking schools usually have lower acceptance rates. For example, the top three law schools—Yale Law, Harvard Law, and Stanford Law—gave offers to only 9.72%, 17.88%, and 11.26% of their applicants, respectively. In contrast, the average law school accepts over 60% of applicants.

Keep in mind that acceptance rates may fluctuate depending on the number of applicants a school has for a specific year. In 2019, Northwestern Law's acceptance rate was only 18%—out of the 5,441 applicants, only 980 received offers. In 2020, the university's acceptance rate climbed to 22.58% even though it made fewer offers (921) because it had significantly fewer applicants (4,079).

Northwestern Law applicants are required to submit a standardized test score. This can either be your Law School Admission Test (LSAT), Graduate Record Examination (GRE), or both.

The school's 2023 class has among the highest average LSAT (168) scores and undergraduate GPAs (3.77) among all law school applicants. Northwestern Law's previous class likewise fared well, with a median LSAT score of 169 and a median GPA of 3.85.

Want to get into Northwestern University Pritzker School of Law? Sign up for LSATMax

What Is the Tuition for Northwestern University Pritzker School of Law?

What Are the Living Expenses at Northwestern University Pritzker School of Law?

What Are the Housing Options at Northwestern University Pritzker School of Law?

When will the Northwestern University application materials be available?

The deadline for J.D. program applications ends on February 15. To find out more about the upcoming application process, you can email the Office of Admissions.

How are applications to Northwestern University submitted?

Northwestern Law accepts admission applications online through the LSAC site. You can also visit their admissions page and click the "Apply Online" link under the respective programs.

Does Northwestern University have an "early admission" or an "early decision" process?

Applicants who have Northwestern University as their top choice can apply for the Early Decision (E.D.) program. Those who qualify for the E.D. program receive a $120,000 merit scholarship split throughout their three-year J.D. studies. They will also start their classes in the fall.

Interested applicants must complete the required documents and an online video interview by December 1. The results of the E.D. admission are released at the end of December.

Northwestern Law's E.D. program is binding. Individuals admitted into the program must pull out their applications from other law schools and provide a non-refundable $750 seat deposit by a set date.

Though optional, Northwestern Law encourages applicants to go through the admissions interviewing program. Through these interviews, the Admissions Committee gets deeper insights into an applicant's communication skills, maturity, and motivation.

Evaluative interviews can be done on-campus, off-campus, or via online videos. On-campus interviews are scheduled on select Saturdays during fall and winter. Applicants complete their interview with a current student, an alumnus, or an admissions officer. Those who opt for the "Super Saturday" interview schedules are also treated to tours of the law school campus.

J.D. applicants who cannot visit the campus can opt for off-campus interviews administered by the school's alumni throughout the U.S. Meanwhile, applicants who go for the online video interview option have a set time to record and submit their answers.

As graduates of a T-14 institution, many Northwestern Law alumni go on to build their careers in large private law firms as well as in business and government.