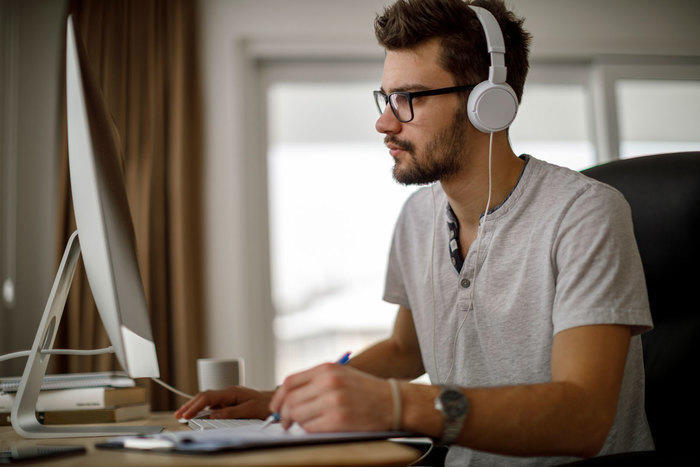 The LSAT is rightfully known as one of the most difficult tests on the planet. Students who take the LSAT put everything they have into the test. Once the test is over, the stress is still there for those awaiting their test scores. For some students, the LSAT can be made even more difficult because of disabilities. Fortunately, LSAC (the Law School Admission Council) has things covered for those who would need help. This article will go over some of the accommodations made for those who need it with the LSAT, and how to access those accommodations.

What qualifies for accommodation?

This is a bit tricky because LSAC doesn't specify what the qualifications are for LSAT accommodations. Instead, they review each case personally and make a call from there. Common reasons to request accommodations are wide-ranging. Some students request extra time because at some point in their life they have been diagnosed with ADD or ADHD. Some students will request accommodations because they are visually impaired. This is why LSAC reviews all requests on a case by case basis. However, there is a basic list of the type of accommodation that a student might receive. The list is as follows:

Who qualifies for accommodation?

This can be even more selective than what qualifies for accommodation. Just because a student has been diagnosed with ADD in the past does not mean that they will receive accommodations from LSAC. A medical slip by itself isn't going to be enough to grant a student accommodations; they will need to prove how their impairment functionally affects their ability to take the LSAT, and LSAC will review it from there.

Because of the weighty nature of the LSAT, LSAC wants to give out accommodations sparingly. Not because they are a big group of mean people, but because they want to keep the integrity of the LSAT, even for people who may need help when taking it. It is one of the world's most difficult tests, and LSAC intends to keep it that way for everyone who takes it.

It should also be noted that there isn't a defined list of impairments that could qualify an individual for accommodations. This is to say that those who are visually impaired aren't guaranteed to receive accommodations (though they are very likely to). LSAC reviews each case individually.

All forms must be typed, not handwritten. Handwritten forms will be rejected without exception. All forms need to be mailed, emailed, or faxed before the registration deadline. Students who do not send their forms by the deadline will not be granted any accommodations. LSAC makes it clear that there are no exceptions to this rule.

Students are allowed to appeal the decision if their request is denied. Those choosing to do so will have to contact LSAC within two business days to inform them of the appeal and then must submit the proper paperwork within four business days of receiving a letter of rejection. Students who appeal after a rejection will be informed of the decision made by LSAC regarding the appeal within one week of filing.

How about the written section?

Some students with learning disabilities might worry that their disability could affect their chances of getting into law school. This will not be the case for students when they request accommodations for the LSAT, regardless of their disability.

When a student requests accommodations from LSAC, that information stays between the student and LSAC. LSAC does not indicate whether or not a student has used accommodations when they send LSAT scores to colleges.

Other things to consider

When a student is granted their request for accommodations, LSAC sends a confirmation letter to both the student and the supervisor at the test site. Some test sites might not be equipped for certain accommodations. Because of this, LSAC urges students who are going to request accommodations to do so as early as possible. It is possible to request accommodations, be approved for them, but be registered at a test site that cannot support the accommodations needed. If this is the case, the student is still signed up to take the test at the registered test site. Students can request to change testing sites, but this might not be granted. If it is, it may change the time or date of the LSAT for the student. Students who request to change location will need to submit a written request by the test registration deadline.

Hear it straight from them: LSAC accommodations page