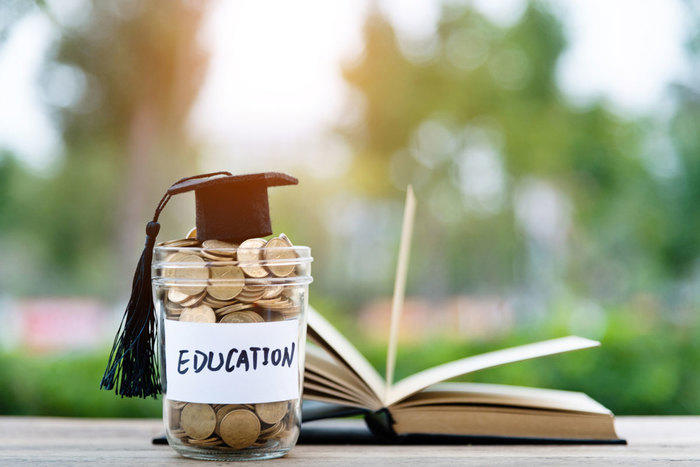 Going to law school and becoming a lawyer is a great way to increase your earning potential, but what if you are unable to afford some of the steps leading up to law school? This was the exact problem the Law School Admission Council (LSAC, creators of the LSAT) was thinking about when they created the LSAT Fee Waiver Program in 1968. LSAC wanted to make sure that no person would be denied access to law school specifically because of their inability to pay for the LSAT or other parts of the application process that are considered essential.

The basic fee for the LSAT is $200. Those who find this cost to be prohibitive should apply for an LSAT fee waiver.

How to Apply for an LSAT fee waiver

Applications for LSAT fee waivers will happen through LSAC.org. Here, individuals will need to make a profile and then submit the needed materials to prove the necessity for financial assistance. Documentation supporting a person's need for financial assistance needs to be sent no later than 45 days after the submission of the application. The documents needed are:

These will be used to verify the need for financial assistance.

This will be needed for individuals who were not required to or did not file taxes. This must be sent as a PDF. You can find the necessary forms here.

Who Qualifies for an LSAT Fee Waiver?

The LSAT Fee Waiver Program was created and designed for those who absolutely cannot afford to pay the cost of the LSAT. This is not a program for individuals who would rather not pay or think that the fees are unjustified or unfair. The only people who should apply are people who can prove an extreme need for financial assistance. All other applicants will be denied. The following at eligible for an LSAT fee waiver:

What Do You Receive if You Qualify for an LSAT Fee Waiver?

With the Fee Waiver Program, individuals will be receiving more than just one opportunity to take the LSAT. When creating the program, LSAC wanted to make sure that persons in need of financial assistance would have plenty of opportunities for realizing their dream to go to law school. Here is a list of what is included in the Fee Waiver Program:

Part of taking the LSAT is a written essay. This will be included in the fee waiver program. As you only need to take the writing once, even if you apply multiple times, then the fee is only waived once.

The CAS helps simplify the application process to law school. This service allows students to send the needed documents for law school application only once to LSAC as opposed to sending them to each individual school applied to. The fee for CAS is $195 every five years.

These are what are sent to law schools when a student applies through LSAC. Each CAS report costs $45.

Can You Take the Lsat Before Being Approved for a Fee Waiver?

Yes. It generally takes between 1-2 weeks for fee waiver applications to be reviewed by LSAC, but if your test date falls within the review period, you can still take the LSAT. If this were the case, your LSAT scores wouldn't be available to you or to law schools you are applying to until the review is completed and accepted. Those who are denied a fee waiver can appeal the decision. This process usually takes another 2-3 weeks to review.

What Are the Chances of Qualifying for the Fee Waiver?

Because LSAC wants those who most need the fee waiver most to use it, it is considered extremely difficult to qualify for. For instance, those with full-time jobs- even if they are minimum wage- will probably not qualify for a fee waiver.

Full-time students will also have difficulty qualifying for the fee waiver. LSAC makes it clear on its website that the criteria needed to meet to qualify for a fee waiver are much more strict than other forms of financial aid. Because of this, they advise that only those in "extreme need" should apply.

Not only is it difficult to qualify for, but it is a long application process. This is done to make sure that the people who are applying are the people who absolutely need assistance. Those who choose to apply for a fee waiver will have to provide detailed documents regarding their financial situation.

Those who are denied the fee waiver are allowed to appeal the decision to LSAC. If a candidate can prove that they have extenuating circumstances that are considered extreme- such as no income- LSAC might reverse their decision.

Are There Other Types of Fee Waivers?

There are other types of fee waivers, but they won't necessarily help with the LSAT. If an individual feels they need a fee waiver for their application to a certain school, they can email the school with relevant information such as their LSDAS GPA, LSAT score, and LSAC account number. Schools are typically quick to respond to these requests.

It should be kept in mind that schools will most likely only offer fee waivers to students who have performed above average on the LSAT or have an above-average LSDAS GPA. A student with higher scores, even if they need financial aid less than another student, is more likely to receive a fee waiver than a student with lower scores.

The reason for this is both strategic and perhaps a little dubious on the part of the law school. When it comes to national rankings, one of the things that are considered is the selectivity of a certain school. Because of this, law schools will send out unsolicited fee waivers to students who they know will not meet the criteria for admission just so they can keep their acceptance rates down. This is the case for more prestigious schools. Schools that aren't as high in the national rankings will most likely send an unsolicited fee waiver to students they are hoping will attend their school.

The last and most curious form of a fee waiver is the hidden fee waiver. Some schools will give an individual a fee waiver without letting them know. The reason for this is not entirely understood. A student can go through the whole application process, and once they are ready to pay the application fee, the fee waiver will appear. This is not something students apply for and is a surprise to those who receive it.

Does Qualifying for a Fee Waiver Guarantee Getting One?

It does not. The application process to law school is highly competitive, and so is the application process for fee waivers. Every year, there are more students who apply for the fee waiver than LSAC is able to give out. If your circumstances fit the criteria, though, and you have the documentation, you can be confident that a waiver might be applied and that LSAC will consider your application carefully.