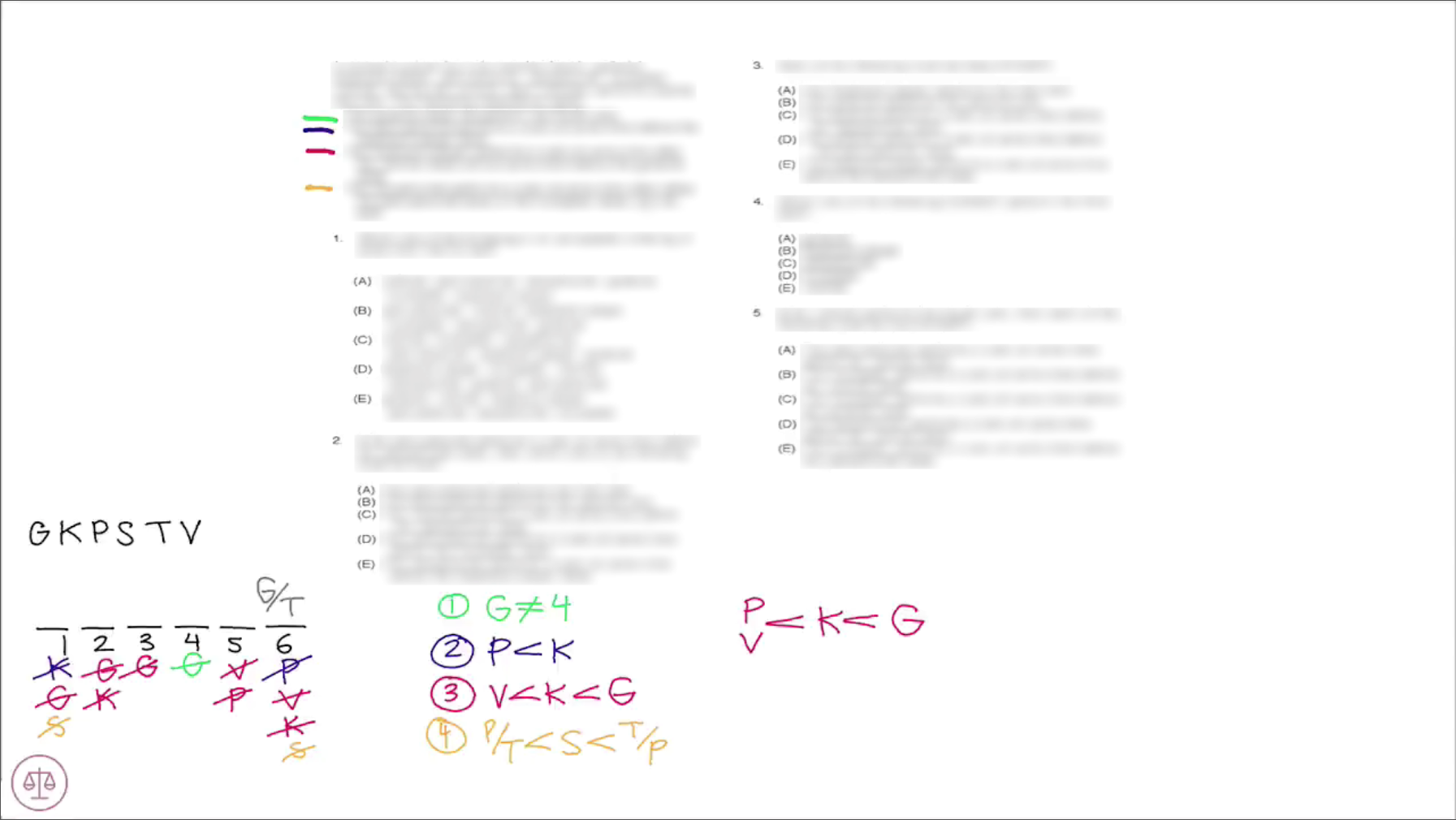 Our LSAT prep today will be going over another logic game from LSAT Test 74. Now that the December 2014 LSAT has been released, we'd like to break down the Logic Games section with you. Let's start with the first game:

This is a very straightforward linear game that is almost a pure sequencing game if it were not for the first rule. Pure sequencing games are the easiest games we have, so as long as you make sure to get down all the deductions, this game should be one that racks up a bunch of points for you.

Now, first things first: we have to place six members of a band in a sequence and each member performs exactly once.

Rule number one is the only rule given to us that is not a pure sequencing rule. It tells us that the guitarist does not perform fourth.

Rules two and three are pure sequencing rules that can be combined together: we see that P and V are before K and K is before G. Make sure you get all the deductions from this long chain, e.g. since G has P, V and K before it, G cannot be first, second, or third, etc.

The last rule is a little tricky to visualize. We are told that the saxophonist performs a solo at some time after either the percussionist or the trumpeter, but not both. So, essentially that means that S is before one of P or T and after the other: P/T < S < T/P.

Similarly, we can choose the correct answer for question 4 within seconds by merely looking at the deduction we made that G cannot be third, and G is one of the answer choices for "which one of the following CANNOT perform third?"

Hopefully, you found this game to be very simple. Go ahead and review our video explanation of the game below!