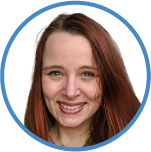 BarMax Content Director Celeste Pagano Boles holds a B.A. with High Honors from the University of California at Berkeley and a J.D. from Harvard Law School.

After five years of transactional practice, Celeste completed a teaching fellowship at Temple University’s Beasley School of Law and became a professor at two other law schools, teaching Contracts, Property, Legal Writing, and other courses.

Celeste passed the bar in three states before the UBE was an option, clerked in two federal courts, and tutored the bar exam privately before joining BarMax full-time in 2019. She loves helping BarMax students achieve their dreams. 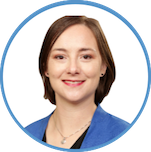 Jennifer Carr, an attorney licensed in California and Nevada, graduated cum laude from UNLV-Boyd School of Law in 2006. Shortly thereafter, she began teaching law, focusing on academic success and bar readiness in addition to subjects like criminal law, remedies, and products liability. In the intervening years, Jennifer has taught at three law schools and helped hundreds of applicants prepare for the California, Nevada, and Florida bar exams, as well as the Uniform Bar Exam and the MPRE. Jennifer believes it isn't enough to simply learn the law; one has to also learn how to convey knowledge of the law in a way the examiners will reward. When not helping applicants pass the bar exam, Jennifer enjoys reading, playing softball (badly), and fostering pets through the SPCA. 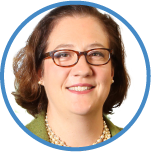 Allison Tait is a an associate professor of law at the University of Richmond where she teaches trusts and estates, family law, estate planning, critical theory, and feminist legal theory. Professor Tait joined the University of Richmond Law faculty in 2015. Before coming to Richmond, she was an Associate-in-Law at Columbia Law School. She also clerked for the Hon. Richard Palmer of the Connecticut Supreme Court and spent a year as the Gender Equity Postdoctoral Fellow for the Yale Women Faculty Forum. 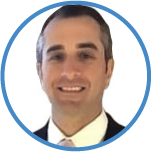 David obtained his B.A. in classical civilizations from Wesleyan University and his J.D. from the University of Miami. His love for travel and new opportunities has taken him around the country. To that end, David passed the Florida, New York, and California bar exams on his first attempt. His legal experience involves criminal law, litigation, land use, and environmental law. 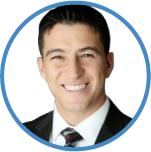 Jaime V. Papa earned his Bachelor of Science degree in Finance from Regis University in 2005 and his Juris Doctor degree from the University of Denver Sturm College of Law in 2009. While in law school, he interned with the Office of the Denver District Attorney, the Rocky Mountain Children’s Law Center, and competed in various moot court competitions, both national and international. In addition, he was elected President of the Jewish Law Students Association and Secretary of the Student Trial Lawyers Association.

After law school, Jaime felt called to military service for our country, so he commissioned as a field artillery officer in the United States Army. During a deployment to Afghanistan, he led a platoon on over 100 combat missions, bringing home safely all of the soldiers under his command. After five years in the Army, Jaime earned a position with an excellent printing company named Belmark, Inc. and worked for them in business to business sales generating over $17 million in five years. During this time, he also earned licenses to practice law in Missouri and Texas and filed lawsuits against more than ten companies located in multiple states, achieving successful results in each case. In addition, Jaime served as a company commander in the Untied States Army Reserve and a tutor and essay grader for BarMax. After transitioning from Belmark, Inc., he received offers to work for a corporate law firm and a family law firm. Jaime worked as a family law attorney for O’Neil Wysocki for a brief amount of time before opening the doors to my law firm on January 6, 2021.

Jaime invested heavily in his education and technology to support his law firm and ensure his clients receive superior service. Jaime is committed to protecting families and business owners for a lifetime through estate planning, business planning, and civil litigation. 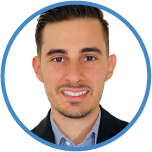 Matias is an attorney admitted to practice law in the state of New York and in the Federal Court’s Southern District of New York. Matias attended the City University of New York School of Law where he was a full-time student and single parent. While balancing the intricacies of a legal education as a parent, Matias excelled in the core subject areas of Civil Procedure, Constitutional Law, Evidence, and Criminal Procedure en route to a score of 303 on the July 2019 Uniform Bar Exam. He achieved his 91st percentile score by way of his methodical, time-effective, approach to essay writing and MBE practice. An approach which Matias meticulously imparts on his BarMax students. Matias also partook in CUNY Law’s #2 nationally ranked clinical program and won his law school’s Salomon Slotkin Fellowship in 2018. He has also lectured on the Federal Court litigation surrounding Deferred Action for Childhood Arrivals at the City University of New York Graduate Center. He now practices housing litigation representing low income tenants in the Harlem neighborhood of Manhattan. 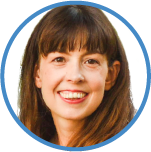 Melissa Allsteadt graduated from the University of Michigan with a Bachelors of Arts with a concentration in History. She received her Juris Doctor from Wayne State University and graduated cum laude. She is an active member of the Michigan State Bar and the California State Bar and has been admitted into the Eastern District of Michigan and the Central District of California Federal Courts. In private practice, she was a prosecutor for several municipalities and was Lead Corporate Counsel for a private mortgage lender. Currently, Mrs. Allsteadt has focused on tutoring for the Bar Exam for over the past two years. 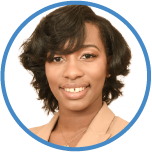 Whitney Shirley, a Maryland licensed attorney, obtained a B.A. in Sociology and Criminology from the Pennsylvania State University and earned her J.D. from Howard University School of Law. Whitney excelled on the Uniform Bar Exam with a score of 313. She understands that studying for the Bar Exam is a unique experience for everyone because people learn differently, so she does not employ a one-size-fits-all approach. Whitney is highly passionate about helping students reach their fullest potential. 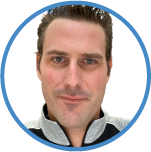