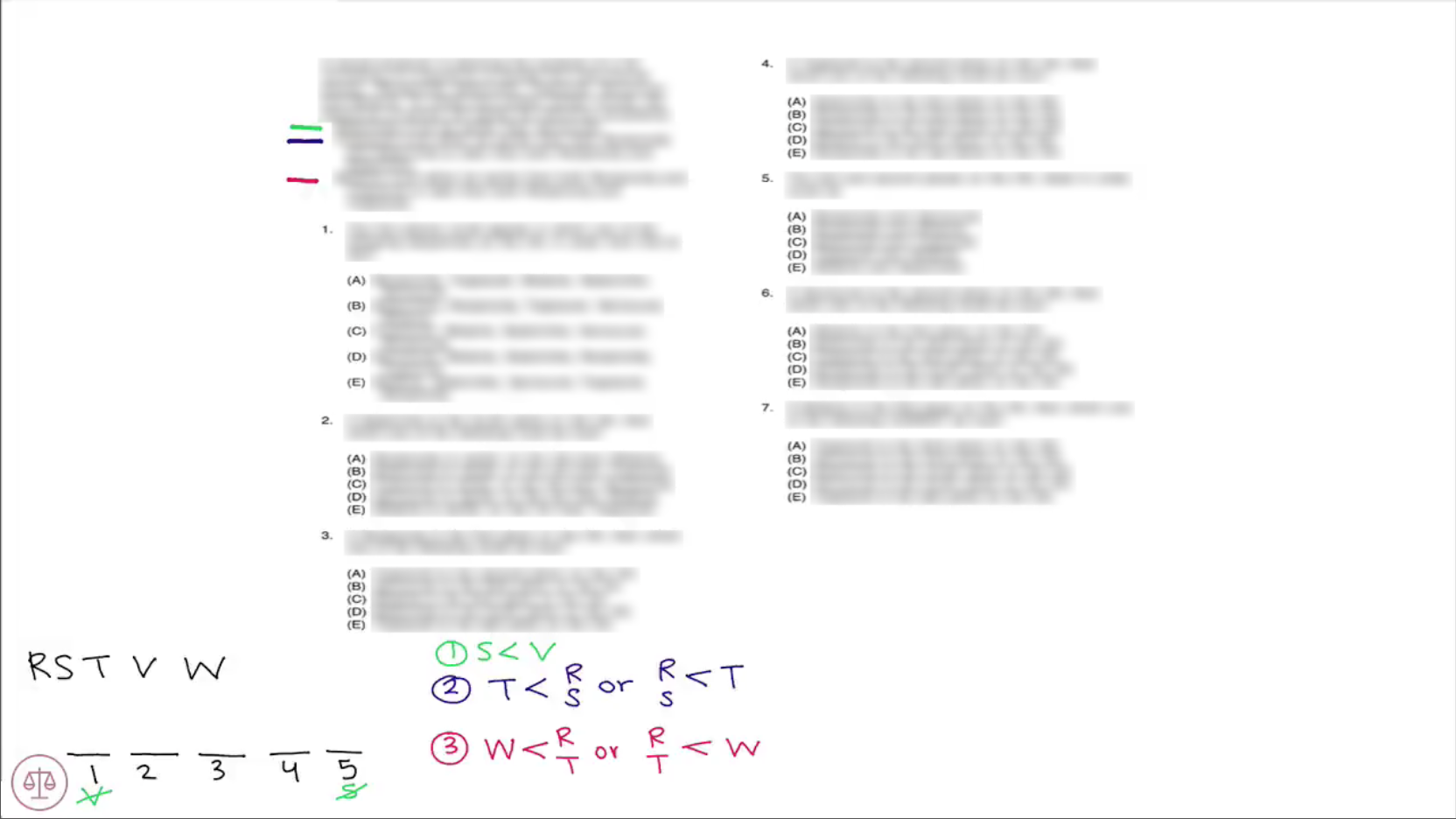 For our LSAT prep today, we will go over the first game is a simple linear game that eases us into the Logic Games section of the September 2014 LSAT. It’s actually the simplest type of linear game we have: a pure sequencing game. That means that every rule gives us a sequential order of the variables. If you want a good primer on this type of game, the LSATMax free app does a full video lesson on Sequencing Games, so make sure to check it out!

We are told that a record producer is organizing the contents of a CD that has a sequence of five instrumental pieces. We must decide the order of the songs on the CD.

Rule number two tells us that T is either before both R and S or after both R and S. Meaning that T cannot be before one and after another.

Rule number three is similar to rule number two. We are told that W must be either before both R and T or after both R and T. So, again, W cannot be between R and T, sequentially.

Some people might get tripped up by the fact that there aren’t too many deductions to make in this game. But, remember, pure sequencing games are very simple. Don’t doubt yourself. Make the deductions you know, i.e. the ones that came from rule number one and move on.

Hopefully you found this game very easy and simple to complete. Go ahead and check out our full video explanation of the entire game setup below: