Ross graduated from UCLA in 2009 with a BA in English and Political Science, and from USC Law in 2013. (Yes, he gets a lot of questions about attending both of those crosstown rivals.)

But after graduating from law school, Ross couldn’t escape the gravitational pull of the LSAT. Ross has been teaching the LSAT since 2014, leading dozens in-person and online courses, tutoring many students, developing LSAT courses, creating written and filmed LSAT explanations, writing about the exam for several outlets, training and mentoring other LSAT instructors … he’s been around this test for a long time and has approached it from many angles. And yet, he has never tired of the exam, or helping his students achieve life-changing score increases.

Ross knows how difficult studying for the LSAT can be and always aims to create a comfortable and convivial learning environment, in which asking questions and making mistakes are not only accepted, but embraced as an integral part of the learning process. In fact, making mistakes is something Ross is all too familiar with: Ross has been an avid skater for over 20 years, and has messed up about a million (give or take) trick attempts. When the LSAT and falling on his skateboard have worn out Ross’s mind and joints, respectively, Ross enjoys playing tennis, collecting records, and searching for the perfect cup of coffee. 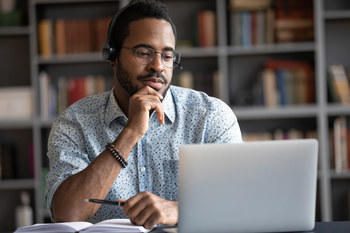 The Amazing Benefits of Access to Daily Office Hours

If you’ve been studying for the LSAT throughout 2020 and 2021, you’ve probably gotten used to sud...