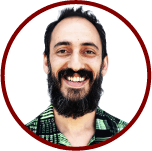 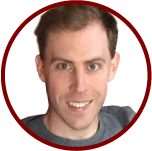 Matt grew up in Freehold, New Jersey, the home of Bruce Springsteen. He earned a biochemistry degree from Boston College and a law degree from Harvard (where he sadly didn't get a chance to meet Mehran despite them being there at the same time).

After law school, Matt has spent much of his career building materials and programs for students to take their LSAT prep to the next level. He's taught and designed classes, wrote and edited study guides and books, and written or edited an explanation for essentially every question that's been on the test. His focus on why someone would select each answer allows him to address the pitfalls that he's seen students fall into. 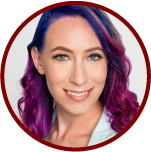 Jelena Woehr was born and raised in Golden, Colorado, known as “the gateway to the Rocky Mountains.” There she cut her teeth on logic by getting into, then out of, an impressive amount of trouble. When not organizing student protests or lobbying the school board, Jelena competed in equestrian sports and constitutional debate.

More recently, Jelena took the June 2017 LSAT, partly out of curiosity about the legal profession and partly because she developed a serious Logic Games addiction after her initial diagnostic. After three months of self-directed study, Jelena achieved a score of 178. While she didn't end up falling in love with law school, she did find herself really enjoying the LSAT—so much that she left her previous, ten-year career in tech startups behind and began teaching the test. Jelena prides herself on helping her students understand not just the systems and methods they can apply to get a good score, but the underlying logic of the test and its applicability to the challenge of learning to think like a law student.

Outside of her work with the LSAT, Jelena is a writer, creative content producer, and a competitive equestrian endurance rider. Her work appears on several popular true crime podcasts, and her spec TV pilots have been recognized in major competitions. She recently completed both the 100-mile Tevis Cup and the 50-mile AERC National Championship. 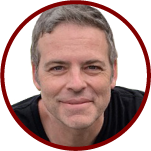 Through his LSAT preparation, Ravi developed a love for the test and enjoys sharing his passion for the LSAT with others and making the experience of studying for the test an enjoyable one. Ravi resides in Los Angeles and enjoys bodybuilding, cooking, hiking, and reading. 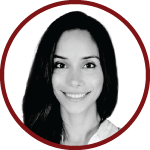 Nazaneen [Naz] Akbari graduated from UC Berkeley in 2009 with a dual degree in English Literature (concentration in Shakespearean Literature) and French Language. The first time she ever took a practice LSAT test she scored a 145 and raised it to a 175 through hard work and practice. Since then she has been an LSAT instructor and private tutor.

Naz has always had a penchant for standardized tests and finds happiness in helping others raise their LSAT scores. Naz lives in Los Angeles and is a real-life starving artist trying to find success as a novelist. In her free time she likes to bake, paint and read anything she can get her mitts on. 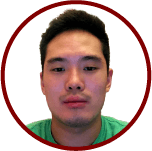 Shunhe Wang is a senior at Yale studying Ethics, Politics, and Economics. His first practice test score was in the mid 160s and studied until he raised it to a 180 on the January 2019 LSAT. He has worked before as a tutor for other standardized tests, such as the ACT, SAT, and SAT subject tests. He enjoys the outdoors and likes avocados. 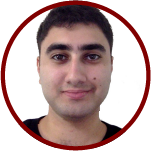 Ben Mingov received his BSc in Biology from York University in 2018, where he graduated with First-Class Honors. Starting with a 157 diagnostic, Ben studied his way to a 176 on the June 2019 LSAT. He has worked as a biology and chemistry tutor for two years, but has now shifted gears to tutoring LSAT.

Ben is currently applying to law schools and is looking forward to starting classes in Fall 2020. Outside of the LSAT, Ben enjoys playing chess and exploring the Toronto food scene. 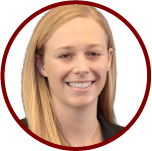 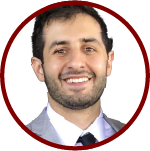 Sam graduated from UC Berkeley in 2018, with a degree in Political Economy and a minor in Spanish. He returned to his hometown of Salt Lake City, UT where he worked as a staffing coordinator while studying for the LSAT. Sam is currently applying to law schools. He spends his free time as an amateur guitar player, Greek folk dancer, and fantasy football commissioner.

Sam worked hard for his score, but he is not someone who can study for 8 hours a day. He prepared for the test by setting clear goals and creating a manageable practice schedule. Taking the LSAT led to new opportunities for him, and he hopes to share his enthusiasm with students. 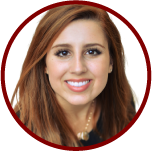 Originally from the midwest, Andrea Kerndt traded winter for the beach cities of the west coast, graduating from Chapman University in 2018 with a B.F.A. in Television and Broadcast Journalism and a B.A. in Political Science. She presently works in the entertainment industry and resides in the Los Angeles area. A westside, non-vegan or gluten free Angeleno, Andrea is a career-orientated early riser and a tennis rookie weekend warrior.

Though she has a passion for discovering the city's best cheeseburgers, she has an even greater enthusiasm for the law. She likes long walks on the beach and writing tenant contracts for her friends. She is both a cat person and a dog person. She is a lefty who can now parallel park. Most of all, she likes helping you score your very best on the LSAT. She believes no goal is too large for the committed achiever. 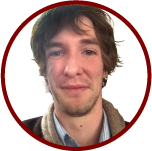 William grew up in Houston, Texas, and received his B.A. in history at the University of Alabama. After graduation, he moved to northern Illinois, where he is still getting used to real winter. When he first took a diagnostic, he scored in the 150s but after several months of studying managed a 176.

As a lifelong games nerd, William enjoyed the unique challenges the LSAT offered and looks forward to helping students both understand the test and have some fun with it. In his spare time, William can usually be found playing a board/computer game, listening to an audiobook, and/or improving his apple pie recipe. 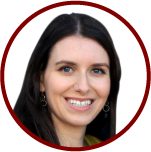 She also has substantial experience as an LSAT tutor and an admissions consultant, having worked for several test prep companies as well as a private tutor over the past 8 years, and volunteering as an interviewer for the Harvard admissions office. Irina resides in Los Angles and enjoys hiking, cross-country skiing, and photography. 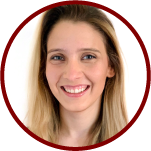 On her diagnostic test she earned a 152. She was able to increase her score by 22 points to a 174, by changing her mindset regarding the test. Jordan found her success by learning to enjoy studying for the LSAT. 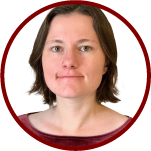 Abigail George (she/they) graduated with a B.A. in Anthropology from Reed College where she was elected to Phi Beta Kappa and awarded Exemplary Thesis on her senior thesis. She first took a practice LSAT in 2017 and scored a 160. Fascinated by the test, she dedicated a gap semester to its mastery, eventually earning a 176.

Supported by research grants, Abigail lived in Guatemala for 6 months between 2017 and 2019 to conduct ethnographic field research. They studied gender relations at the intersection of political economy and the law in an indigenous municipality. Following their graduation, they worked with a professor and traveled to Rio de Janeiro to study queer organizing—particularly through spatial renderings and artistic expression—in response to recent far-right political shifts. Abigail has published peer-reviewed articles on Guatemala and Brazil and presented their research at national academic conferences. Their ethnographic experiences fed their desire to engage international human rights in the pursuit of transnational justice.

During her gap year, Abigail has earned a sommelier certification, produced a wine and label, and worked harvest at a winery near her home in Napa, CA. Since February 2020, she has been living in France and Morocco for an intensive French language immersion. She plans to start law school in fall 2021, where she will use her language skills as she pursues international human rights work. 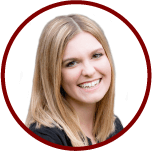 Skylar Drefcinski will graduate from Indiana University in 2020 with a B.S. in Public Affairs, a certificate in Public Management, and minors in Spanish and Communication & Public Advocacy. She is currently in the process of applying to law schools and looks forward to a career of practicing law.

Skylar used LSATMax to study for a month full-time leading up to the June 2019 LSAT, where she scored in the 99th percentile. Her favorite thing about the course is the flexibility it allows students. As a current undergraduate who just took the test, she can relate to the time constraints students face and the need to maximize and personalize prep time. 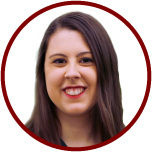 Victoria studied for the LSAT during the summer of 2018 and, with the help of LSATMax's thorough and flexible course of study, was able to raise her score from 157 to 175 while working full-time conducting policy evaluations for the Government of Ontario. Victoria will be attending the University of Victoria in British Columbia this fall with plans to specialize in environmental law. 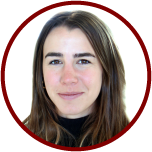 Katherine Robinson graduated from Columbia University in 2013 with a B.A. in History and Human Rights. Through hard work and lots of practice, she was able to score a 176 on the June 2014 LSAT.

Katherine graduated from Harvard Law School in 2018 and is now working at a criminal justice non-profit organization in Los Angeles. 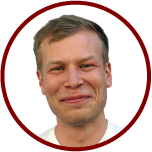 Jacob Reisberg graduated from Grinnell College in 2010 with a B.A. in Philosophy and Political Science. Jacob first attempted the LSAT his senior year of college, without much preparation, and got a 161. With intensive study and practice, he was able to get a 177 and went on to attend Harvard Law School. 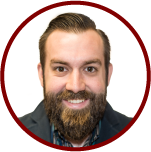 Chris Dinkel earned his BA in Church History from Oral Roberts University in 2008 and his MA in Diplomatic History from Fort Hays State University in 2010. After working nearly a decade in marketing and sales, Chris chose to pursue a legal career and found LSATMax to be the best way to prepare for the LSAT while maintaining a full-time career. Starting with a 152 on his first practice test, he ultimately scored a 174 on the December 2016 LSAT, was offered admission to multiple T14 law schools, and will be attending Columbia Law School in the fall of 2018.

In contrast to the dread that many people associate with studying for and taking the LSAT, Chris enjoyed the process of mastering the exam and believes that taking the LSAT need not be a traumatic experience. By taking advantage of LSATMax's comprehensive course of study, extensive library of practice material, and expert instructors, he was able to score in the 99th percentile and is eager to help you maximize your potential on the exam as well. 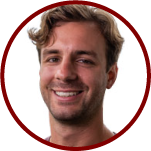 Stephen graduated from the University of Miami in 2009. After scoring a 158 on his first practice LSAT, he was able to boost his score to 172 and gain admission to Georgetown Law. Rather than head straight to law school, however, Stephen spent two years tutoring SAT, ACT, and LSAT, and playing in a reggae-rock band in his hometown of Buffalo, NY.

After finishing law school, Stephen passed both the New York and California bar exams, and now calls Venice Beach home. He loves teaching and has at times coached soccer and taught piano. He plays in a couple of bands and enjoys hiking, going to concerts, playing beach volleyball, and eating burritos.