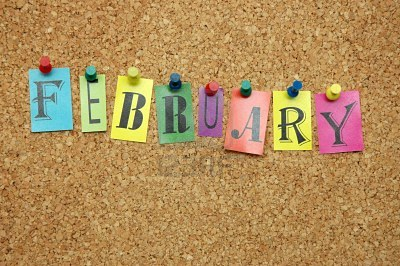 The July bar exam has come and gone. Graduated law students have studied for the exam, taken it, left for their post-bar exoduses, returned and received their results. Now what? Well, if you passed, then hooray for you! Go on with your attorney-self and spread justice to the masses. If you didn't pass, or didn't take the July bar exam, then it's definitely time to buckle down. I'm beginning to hear hushed groans and whimpers of that long misinformed myth that the February bar exam is harder than the July bar exam. You're wrong! It's just not true.

What is the difference between the February and July Bar Exam?

The myth comes from the fact that the July bar exam has a higher passage rate than the February bar exam. But, this disparity could be due to a number of different things. First, think about who is taking the February exam. Many students who, for various reasons, weren't able to graduate on time will probably take the February bar exam. Students who might be dealing with personal issues'whether family, medical, or personal issues that make studying for the July bar exam more taxing that it should already be. Many dabblers will also take the February exam. These are people already barred in another state, but who want to get a local license just in case they decide to move. Also, there is a statistic that if you don't pass on your first attempt, your likelihood of passing decreases significantly and the February exam has a lot more repeaters than July. Though, this last issue shouldn't be a deterrent for you, more so it should push you forward to study harder and pass others who might not be preparing as hard as you for the exam (or who might not be using BarMax for their bar exam review course). Therefore, for all these reasons and more there is a disparity between the passage rates of the February bar exam and the July bar exam. This difference, however, is in no way indicative of the difficulty of the two exams.

A second myth that falls under the umbrella of this 'February bar exam is harder than the July bar exam,' is that the February exam is graded harder because, due to the smaller amount of test takers, the test-graders 'actually have time to really read the essays.' The test-graders read all the essays the same regardless of how many exams there are.  In California, every single one of your essays are read and then graded. At least eight different people will look at and grade your written performance. Count em', one, two, three, four, five, six, seven, eight! So, unless eight graders in a row decide to give their full attention and effort to your work, then you have no standing on this silly myth you've been repeating.

So get these worries out of your mind, and start reading and memorizing those outlines!