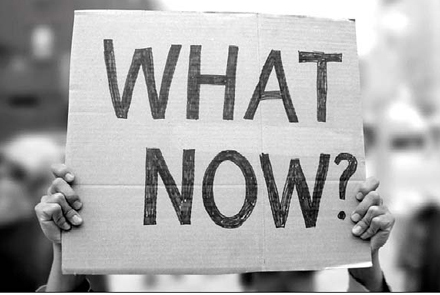 So, a congratulations is in order (assuming of course that you took the December LSAT Test; if not then, study on!). You finally made the jump, sat in that cold metal chair for somewhere near four hours and completed the December LSAT. You either dragged your way home in a daze and fell asleep on your bed for the next twelve hours, or your neglected loved ones took you out to the closest bar, got you inebriated and then dragged you to your bed where you slept for twelve hours. And now, you wake up to a bright morning and fight your ingrained urge to sit and complete a Logical Reasoning section. You may be wondering, “what do I do now?”

Great question. Well, if you are planning on sending out applications for Fall 2017 then you better chop-chop! Ideally, you finished your law school applications a while ago on your down time before the LSAT. However, as we all know, things aren’t always ideal. So, you have a few weeks before your LSAT score comes in. Write those essays, then rewrite, rewrite, rewrite. Badger your professors who still haven’t gotten those recs back to you.  Have everything ready so that in a few weeks, when you get that lovely email with those three pretty numbers you’ve been working for, you can press the send button and have law school applications off your mind.

Now, if you are looking to go to law school later and just wanted to get your score out of the way, then you don’t have to rush. Once you feel you have adequately taken a break from thinking about law school, however, begin to send your professors your recommendation requests and packets so that they can begin to think about all the amazing accolades to write about. Professors are really busy and though you’d like them to, they rarely ever place recommendations at the top of their priorities.

Next, begin to think about which schools you want to go to for the next three years of your life. Whittle it down to a list of around six (remember those application fees aren’t cheap!).  You should have at least two safety schools, two schools that you have a good chance of getting into (but it’s still not 100%), and two schools that are a reach. The rest is up to you. Slowly work your way through their applications. Have people read your essays, edit, edit, edit. And maybe think about choosing a school to apply early admission to.

Now, once you’ve got all of that squared away, take a vacation. I’m serious. You have been working so hard. Take a break. You need time to rest. Think about it: when you run a marathon, you take a break to let your muscles and ligaments recuperate and strengthen. Don’t burn yourself out. You’ve still got three years of hard studying ahead of you!

To those of you who took the December LSAT, hang ten!

To those of you haven’t taken the LSAT yet, time to get back to your LSAT prep.