Jelena Woehr was born and raised in Golden, Colorado, known as "the gateway to the Rocky Mountains." There she cut her teeth on logic by getting into, then out of, an impressive amount of trouble. When not organizing student protests or lobbying the school board, Jelena competed in equestrian sports and constitutional debate.

More recently, Jelena took the June 2017 LSAT, partly out of curiosity about the legal profession and partly because she developed a serious Logic Games addiction after her initial diagnostic. After three months of self-directed study, Jelena achieved a score of 178. While she didn’t end up falling in love with law school, she did find herself really enjoying the LSAT—so much that she left her previous, ten-year career in tech startups behind and began teaching the test. Jelena prides herself on helping her students understand not just the systems and methods they can apply to get a good score, but the underlying logic of the test and its applicability to the challenge of learning to think like a law student.

Outside of her work with the LSAT, Jelena is a writer, creative content producer, and a competitive equestrian endurance rider. Her work appears on several popular true crime podcasts, and her spec TV pilots have been recognized in major competitions. She recently completed both the 100-mile Tevis Cup and the 50-mile AERC National Championship. 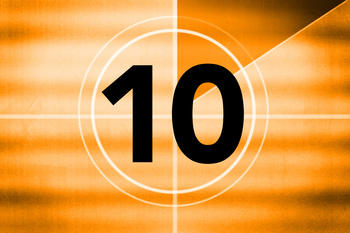 My 10 Logic Games to Repeat cover a variety of types and are suitable for repeating 5x (number th...