Home Bar Review The Bar Exam Beacon What is Antitru... 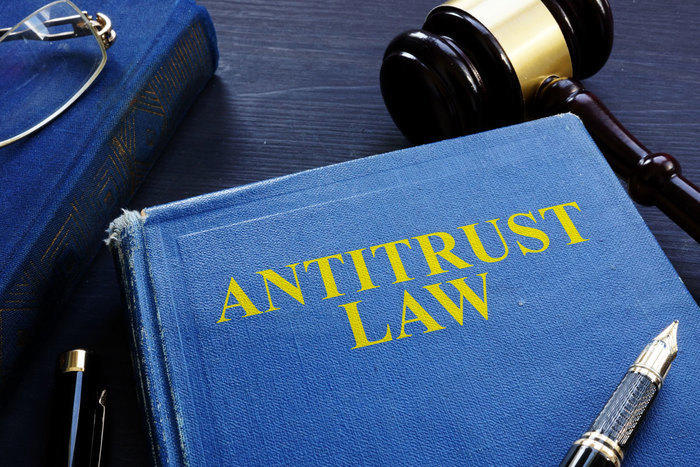 Antitrust law is fundamental to protect businesses, consumers, and the marketplace. Essentially, it is a series of laws that govern businesses practices. Without these laws in place, companies could engage in whatever tactics they liked to boost profits.

Antitrust laws have been put in place to ensure fair competition. Antitrust lawyers have a wide range of responsibilities when it comes to enforcing or defending against these antitrust laws.

What Is Antitrust Law?

These are only the most common issues antitrust laws prevent. There are many more. Antitrust ensures that the market will remain a fair place to conduct business where every business has a chance, and every consumer has choices. Because antitrust law deals with business and economic knowledge, knowing specific market details could benefit antitrust lawyers when building a case. However, it is not required because most antitrust lawyers consult with economic experts for cases.

The Sherman Act formed the basis of antitrust law. This act was passed in 1890 and was the first federal regulation to prevent monopolies and regulates competition among businesses by prohibiting activities and agreements that would monopolize the market.

The Sherman Act allows the government to bring those who violate this act to court as well as enables private parties to bring suits against violators that hurt their business. Fines for violating this act can span from $1 million to $100 million. The upper end of this range is usually reserved for corporations. Violating this act can also result in a 10-year prison sentence.

The Clayton Antitrust Act is an expansion into an area the Sherman Act does not cover. This act explicitly prevents mergers and acquisitions that lessen competition that could lead to a monopoly. It also allows private parties to sue for damages and requires businesses to let the government know of mergers.

There are a variety of shady business practices that violate antitrust law. Basically, if a business interferes with free-market practices in any way, they could be violating antitrust legislation. Here we'll go through some of the most common transgressions.

Market allocation occurs when two similar businesses agree to do business in two separate geographic areas without crossing regions so that there is no competition between their products. This practice does limit the sales opportunities available to both companies, but they're able to increase their profit margin to compensate.

Say, for example, that a consumer is looking for toothpaste and there are only two manufacturers to choose from nationwide. In a completely free economy, each manufacturer would have to compete on merit.

If the companies decided to engage in market allocation, they'd decide who gets each territory. Say, for example, that Company A sells toothpaste in Hawaii. That would mean that the consumer could only buy their products in Hawaii. They'd be willing to pay more because they have no other options.

Bid rigging is another behavior where two or more businesses who are bidding on something agree to bid low, so one business, in particular, wins the bid. Bid rigging can be broken down into:

The problem with this activity is that it's giving one business a significant advantage over the others. The winning bidder gets to set the terms with little interference in terms of real market competition.

Price fixing as you already know is where two companies collude to keep the price of a product at a set level. It is most commonly done as a way to increase their profit margins. Both companies will then increase their prices and keep them there, with neither trying to undercut the other.

Price fixing can also be used as a tool to freeze out new entrants to the market. In this case, the companies will often set their prices lower than they should in an effort to undercut new entrants. The newer companies can't compete with these fixed prices.

This issue is the one that you're going to come across the most. A monopoly occurs when one business dominates an industry with no competition. It can include several underhanded tactics to maintain that domination, such as:

When it comes to mergers, there are a few different sub-types to consider:

What Makes a Good Antitrust Lawyer?

Antitrust lawyers require the same skills as any lawyer. They should be hardworking, determined, organized, and excellent at writing and speaking. They should also not stop learning and should always be trying to piece things together.

A sound understanding and knowledge of economics would be beneficial. That said, it is not necessarily required as they consult with experts a lot of the time.

As an antitrust lawyer, you'd need to be a good negotiator at the very least. If you're specializing in mergers, most of your work will be in the boardroom rather than the courtroom. That would entail some serious negotiations.

If you're planning to prosecute cases, you'll need to be a strong litigator. If you love standing up for the little guy, this might be the route that you want to go.

If you're planning to defend companies against these allegations, then you'll also need strong litigation and negotiation skills.

In any case, be prepared to deal with a lot of paperwork and ensure that you always put through a well-reasoned argument.

What Do Antitrust Lawyers Do?

Antitrust lawyers are there to ensure that business complies with antitrust laws and that they do not participate in unfair business ventures that impact competition and/or consumers negatively. They do this several different ways.

In this instance, antitrust lawyers would take on businesses that have engaged in unfair practices. This could involve both civil and criminal litigation.

As a civil litigator, you'd be taking on the case of business or consumers negatively affected by these practices. An example would be where a company has been frozen out of the market by these practices. If these concerns are proven valid, the defendant could be forced to pay out a settlement.

You might also consider joining a state body, the Federal Trade Commission, or the U.S. Department of Justice if you want to prosecute offenders criminally.

If a company is charged with violating antitrust laws, they'll need legal representation. As a lawyer, in this case, you'd argue the case, provide advice, deal with settlement negotiations if applicable, and lobby for the reduction of fines and penalties.

Providing Advice to Keep Companies Out of Trouble

You could also offer counsel to different parties on what to do and what ways to proceed without violating antitrust laws. Antitrust lawyers could also aid with mergers and acquisitions. In these cases, they either advise clients or even go as far as filing the documents with the proper antitrust authorities.

Most antitrust lawyers specialize in one of three categories: civil and criminal litigation, counseling, or merger work.

There's a Lot of General Work in Common

Antitrust lawyers also participate in a variety of litigation activities like any other kind of lawyer. These activities include legal research, taking depositions, negotiating, arguing motions, and much more.

Antitrust lawyers work with a lot of documents, so most of their time revolves around writing, editing, reviewing, and researching documents. Sometimes, antitrust lawyers will also need to consult with economic experts for certain cases.

How Would an Antitrust Case Work?

There are a few ways that these cases can start:

No matter how the complaint is initially put forward, the company concerned will be given the opportunity to defend themselves. Part of the issue here is that it can be challenging to prove that companies have actually colluded with one other to upset the market in some way.

If you're the person bringing the action, you'll need to make a strong case to win.

Private Practice or Join a Firm?

That's the eternal question that every lawyer needs to ask themselves. In this case, there's nothing stopping a smaller, private practice from taking on the case. The actual team that you need to create your argument is very small. Most firms of attorneys have very small teams working in this area.

Where you are going to need help is in wading through all the paperwork. This is a job that most firms will set to their research teams or interns. It's not glamorous or particularly difficult research, but it is an essential part of the process.

Another aspect to consider is that the larger companies are more likely to hire larger law firms to work on these issues with them. Working at a firm, therefore, might allow you to get a lot more experience in this area, at least to start with.

Choosing to specialize in antitrust law could be a good bet in terms of your career. These cases are complex and so translate into a lot of billable hours. A specialist in this area can put a high price on their services.

In fact, some law firms use these cases as a great source of income. They'll bill the client for the full rate, and then set their interns to do the research. Considering how much research will be needed, this can bring in a lot of cash.

Antitrust law can be an exciting form of law to practice. There are so many opportunities here and so many varied cases. If you're prosecuting offenders, finding sufficient evidence can be tricky. The large companies will usually try to bury you in paperwork to cloud the issue. So, do be prepared for doing a lot of research and digging.

On the upside, prosecuting these cases can be very satisfying. You'll assist your clients in getting justice and helping to make our markets a fairer place. This, in turn, is good for the economy as a whole.

Whether prosecuting or defending in these cases, you stand to make a fair amount of money. Bringing a valid class action suit against a company could net you and your clients a lot of money.

Providing advice to companies about staying on the right side of the law could also be quite lucrative.