Home Bar Review The Bar Exam Beacon What is Statuto... 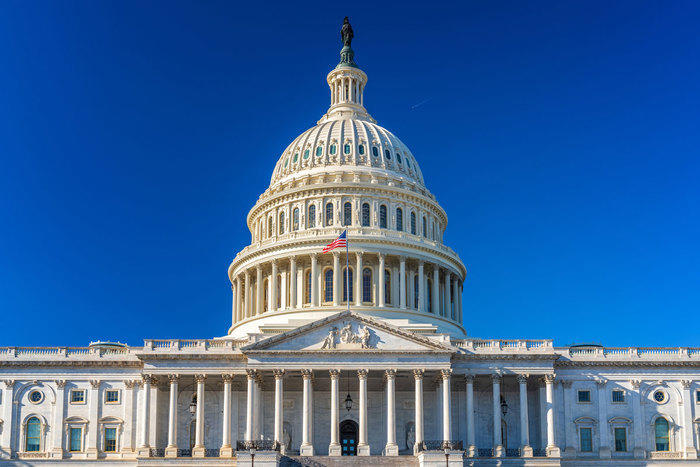 Statutory law is the primary type of law used by the judicial system. Researching and practicing statutory law is something that every branch of the government needs help with; therefore, statutory lawyers are instrumental in creating laws in the United States.

What Is Statutory Law?

Statutory law — also known as statutes — is created and passed by the legislative branch of the government.

In their most basic form, statues are written laws that can be looked up or located in databases or books. These come in the form of bills or acts. Common examples of statutory law include traffic violations like running a red light and the minimum legal drinking age of 21, to name a few.

These laws are based on the premise that every word included in the law has meaning and is chosen for a specific reason. Statutory laws are precisely written and therefore leave little room for interpretation. In other words, you can’t simply “read between the lines” of statutory law. When issues come up in court surrounding statutory law, lawyers must argue how to interpret them, and they may sometimes challenge the definition of the law itself.

While all statutes are statutory laws, there are a variety that serve different purposes. These are separated into two main categories — public and private.

Public statutes typically apply uniformly across the general public, say in the case of traffic laws. On the other hand, private statutes often only concern individuals or specific groups of people, such as immigration matters.

Statutes can be further defined, usually by what the statute affects, how long it will be in place, or the type of wording it uses. Other categories of statutes include:

It is essential to understand the different types of law before deciding which to specialize in. For example, statutory law is not to be mixed up with common law or administrative law. These three types of law differ significantly.

Unlike statutory law, the judicial branch creates common law through decisions made over time, but it is never written down or passed through legislation. Specifically, common law is crafted over time from judicial decisions made in similar court cases.

As court cases are decided, they set a precedent for similar cases in the future. Precedent is often the basis of common law. In addition, administrative law regulates government agencies, controlling how they run and what powers they have.

While statutory law is different from common law and administrative law, both can become statutory law if they are officially written down and passed by a legislative body, such as a declaratory statute.

How Do Statutory and Common Law Differ?

Common law develops over time thanks to the rulings of presiding judges, and it is used in two specific instances:

Aren’t Judges Meant to Rule Strictly in Terms of the Law?

Judges have some discretion here. Over time, statutory laws may become outdated or obsolete in respect to the way society has changed. For instance, a hundred years ago, a man could have been arrested for having sexual relations with another man. Today we rightly acknowledge that this law is discriminatory and unjust.

Changing statutory laws is a long and involved process; it moves very slowly. As a result, judges often need to exercise discretion regarding cases that are more open to interpretation. Naturally, judges’ decisions can be appealed.

How Do Statutory and Administrative Law Differ?

Some examples of these types of agencies include the Food and Drug Administration (FDA), the Environmental Protection Agency (EPA), the Internal Revenue Service (IRS), the Occupational Safety and Health Administration (OSHA), the Federal Bureau of Investigation (FBI), the National Park Service (NPS), and much more.

Therefore, administrative laws are the policies they create and enforce, such as hunting regulations established by the National Park Service or food regulations made by the Food and Drug Administration.

On the other hand, the agency itself also needs to be governed. This system is designed to ensure that citizens are treated in a fair and equable manner.

How Is Statutory Law Created?

When creating statutory law, a legislative body first proposes a bill. The bill is then voted on by the entire legislative body. If it does not pass, it can be amended and then voted on again. If it passes, it is sent to the executive branch of the government, which could consist of the President of the United States or the governor of a specific state.

The executive branch then has the option to pass the law or to veto it. If it is vetoed, it is returned to the legislative body to try to pass it again. If the executive branch passes the law, the law becomes a statute and is codified.

Who Can Create Statutory Law?

Statutory law can be created by any branch of government at a federal, state, or local level. When a law passes at a federal level, it will apply to the whole country. These laws take precedence over any other type of law: state or local laws can’t override federal laws.

Up until very recently, sports gambling was prohibited under federal law in the United States under the Professional and Amateur Sports Act of 1992. The only exempt states were those with existing legislation in place that allowed gambling. These four states were: Delaware, Montana, Nevada, and Oregon.

Who Works with Statutory Law?

Since different laws can be interpreted in different ways, lawyers need to know statutory laws. This knowledge is vital to argue their case and explain why the law should be interpreted their way. This point is especially true if the case involves something there is no precedent for.

However, if a precedent has already been set, then the situation is different. In that scenario, you could argue your case in terms of the precedent. Specialist statutory lawyers will then work with legislative bodies at the state or federal level to help get new statutes enacted.

What Does a Statutory Lawyer Do?

Also, because the primary trait of statutory law involves the way the laws are written, every word needs to be perfect and purposeful. Therefore, the exact wording of a statutory law goes through many revisions so that the intended meaning is clear and concise. It’s also essential to ensure that there are no potential loopholes in the statutes.

How to Become a Statutory Lawyer

However, there are plenty of opportunities to get the needed experience you’ll require to become an expert. For example, while earning your J.D., it may be helpful to take on an internship with a lawyer specializing in statutory cases to further your education.

After getting your J.D., many prospective attorneys who wish to craft statutory law take on clerkships with judges, honing their research skills and helping to draft opinions on various judgments. These clerkship positions can significantly boost a resume to get a top job with a law firm as a statutory expert.

What Makes a Good Statutory Lawyer?

Statutory lawyers must be extremely sharp when it comes to language. Because they are responsible for finessing the way statutory laws are written, they must use words in ways that are exact, and that express the precise meaning.

Naturally, working with statutory law involves a great deal of writing. Statutory lawyers must therefore have excellent writing skills and know how to convey the law’s intent with few yet exact words. In other words, these laws can leave no room for ambiguity.

Statutory lawyers also need a great deal of patience since passing a new statute can take time. There’s often a lot of back and forth regarding new amendments, so if you don’t have the patience to deal with this, it’s best to steer clear.

One thing the best statutory lawyers have in common, though, is a passion for the law. They have the capacity to change the fabric of society, which means it’s important to have a specific cause to champion for.

Another thing to note is that if you’re specializing in statutory law, you won’t be trying cases in front of juries. So, if you’re not a strong litigator, this could be an option to consider.

What you will need, however, is to be able to make a compelling argument. You’ll need to state why the law should change, and you’ll need to make a convincing case. This requires a great deal of research into facts: assumptions will not fly here. And, because you’ll be presenting to higher court judges, your case will need to be logical, too.

What is a Statutory Code?

When researching statutory laws, it is crucial to know how the codes work. When a statutory law is passed, it is given a reference number, which is its code, and then collected into one resource. The United States Code (USC) contains all official federal code.

These codes not only contain the text of the law itself but also information about when the law was passed (if it was ever amended). You can also find case summaries that discuss any court cases that have interpreted this statute and cross-references which refer to other similar codes.

How to Research a Code

There are two different ways you can look up a code. First, you can look up the code directly if you have a citation number to use. Second, you can do research and find the appropriate code within the United States law library.

Every code has a two-unit number system which makes it easy to find. The first number refers to the title number of the statute, and the second refers to the section where the statute is located. From here, you can quickly find the code and the volume it is located in and use it in conjunction with your citation.

When you do not have a citation to look up a code, you can simply pick a code to research. To select a code, you should first decide on a legal issue or area of law that you want to research. This will narrow down the search for a code. You can also search for codes in the subject index to do this. After you have found a topic, you will then be able to find a citation and code to go with it.

There can also be several different kinds of codes, and the categories determine how they are organized. While there are many types, below are some of the more common ones.

Statutory law can be complex. There are many kinds of statutory laws, and statutory lawyers need to be able to discuss these in detail and argue for one interpretation or another. You’ll also need a working knowledge of what precedents have been set challenging those laws.

Statutory lawyers are vital to all branches of the government, and there is always a need for them. Becoming this type of lawyer is a great way to make a real contribution to the betterment of our country. While the material can be somewhat dry at times, there’s nothing quite like knowing that the amendment that you’ve proposed has been enacted.

Law School Transfer – Reasons You Should (and S...

What to Look for in a Sports Law School

How to Get a Clerkship – Application Advice