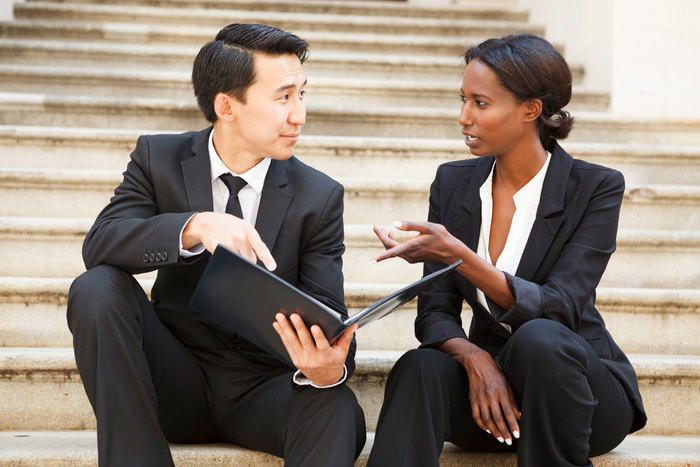 In this post, we're going to clarify what sets an attorney apart from a lawyer. We'll go into a fair bit of detail to give you the answer to that question.

Who Is Classified as a Lawyer?

A lawyer is an individual who has trained to practice law. And that's where we make the distinction. A lawyer might practice law, or they might opt to give legal advice instead. They might opt to assist with writing wills and setting up estates – tasks that don't require them to be in court.

Anyone who studies law and passes the bar exam is classified as a lawyer. So, before hiring a lawyer, find out how far their practice extends. A lawyer's career is slightly more limited than an attorney's career.

Who Is Classified as an Attorney?

An attorney performs many of the same functions that a lawyer does. The difference is that an attorney is going to practice law in the courtrooms. The word “attorney” is an abbreviation for attorney-at-law. This term was first coined in the 1700s.

An attorney will focus their practice in the courtroom. They're automatically lawyers at the same time because they need to go through the same process to qualify. The difference is that upon passing the bar, they also need the approval to practice law in court.

They might choose to prosecute crimes or represent the accused.

What Is the Actual Difference?

As you can see from our definitions above, the two posts are pretty similar. In all fairness, there's a good reason why most people get the two confused. The main difference is that an attorney will represent someone in court. A lawyer may choose not to.

What About Outside of the States?

That's going to depend on the country. In the United Kingdom, differentiation is essential. Again the term “attorney” refers to someone who practices law in the courtroom. One may further divide lawyers in the United Kingdom into the following subcategories:

A barrister will specialize in litigation and advocacy. They will often appear in the higher courts and typically have a far more excellent knowledge of court proceedings. They might also look at the more theoretical side of the law and the history of it.

This is a person that is licensed to practice in a particular jurisdiction. So, they might be able to practice in one state but not another. They might not present an argument in court, but they may research one.

In the United Kingdom, you're more likely to find a solicitor or barrister. The functions are the same. In other countries around the world, an advocate is often seen as a more specialized function. They're likely to represent someone in the higher courts.

Interestingly enough, a solicitor in the United States initially meant someone qualified to handle cases in the court of equity. By contrast, attorneys would only handle cases in court.

A barrister in the United Kingdom will seldom deal with clients face-to-face. They will usually get a case referred to them by a solicitor. The solicitor will do all the hard work to prepare for the trial. The barrister will present the argument in court.

The United Kingdom defines roles more clearly than in the United States. The British courts do have a long and proud history. As a result, the protocols are well-engrained. That's why it's essential to find the right attorney to represent you in court.

There, you'll need someone who is able to follow the correct protocol to the letter.

In other countries, one may not as quickly make the distinction. In many nations, the difference between an attorney and a lawyer is not made.

The Title of Esquire

It sounds like a very outdated term, but some attorneys will use it at the end of their name. They use this word in much the same way that doctors are allowed to use the letters, M.D.

Interestingly enough, the term is quite an old one. It started in England and was seen as a way for those of higher rank to distinguish themselves. Interestingly, only men were allowed to append it to their name at first.

But don't be fooled in the United States. An attorney doesn't need to ask permission to be able to tack this onto their name. Some attorneys use this because it makes them look more professional. You simply need to understand that the word doesn't guarantee any special understanding of the law.

One should also note that a law firm will often have both attorneys and lawyers. Having specialist legal professionals could be an excellent idea for any firm of attorneys or lawyers. When you're considering candidates, you'll need to see the members of the whole team.

Which Do I Need?

We don't recommend relying solely on qualifications to make your final decision. Experience in the case that you need to present is a lot more critical. Still, not all lawyers are created equal. To find the right representative, you'll need to follow the steps listed below.

Get Recommendations From Others

This step is always a good place to start. Ask trusted friends and family if they know of a good firm, preferably one that they've used themselves. These recommendations should give you a few places to start, and it's a bit of a shortcut. A word-of-mouth recommendation counts for a lot here.

Naturally, though, there's a difference between hiring a lawyer for a divorce case and one to draft a will. It's a good idea to ensure that you check what kind of work was done for those who are recommending your lawyer.

If that doesn't give you enough names to choose from, check online. Just type in “lawyer or attorney” and add the city that you live in. That should give you a list of candidates to choose from.

Go to the Websites

You'll now want to check the websites of the different firms. They'll typically give you an overview of the lawyers or attorneys on staff. You'll be able to find out what their qualifications and specializations are by looking at their bios.

It's essential here to confirm that the firm has some experience in the kind of case you want them to work on. If you're going through a messy divorce, for example, you'll want a team of fierce litigators.

Next, you'll want to search for reviews of each company. Now, there'll inevitably be those that do write some scathing reviews. It's par for the course in the business world. Take a look at what most of the reviews say.

If the reviews are mostly positive, then you could overlook the bad ones. If it's the other way around, then you know to move on to another company.

The next thing you need to do is to call the companies concerned. This step is another opportunity to test how good their service is. How professional are the receptionists? Can you book a consultation quickly enough?

Have an Initial Consultation

Then you'll want to meet the attorney or lawyer that you're going to be working with. You'll need to ensure that the two of you can work together well. Do you feel as though you can trust them? Do you think that they're giving you the right advice?

How Upfront Are They About Charges?

Finally, you need to ask questions about fees. How up-front is the firm about the fees they charge? Will they bill by the hour, or do they have a set fee? Most often, law firms will have a set fee for more straightforward tasks, like drawing up a will. Also, ask whether or not you need to pay a retainer.

It's also a good idea to get a basic timeframe from the lawyer. What additional specialists will they need to hire? Are they going to be able to represent you in court, or are they going to need to bring someone else on board for this? If so, should you meet that attorney?

When it comes to the layperson, the difference between an attorney and a lawyer in the United States is minimal. Still, understanding that there is a difference is essential. It helps you to ensure that you get the right representation when you need it.

From there, it's essential to choose the right firm to represent you. We've given you the information you need to get you started. All you need to do now is to follow through.