Home Bar Review The Bar Exam Beacon How Does the Le... 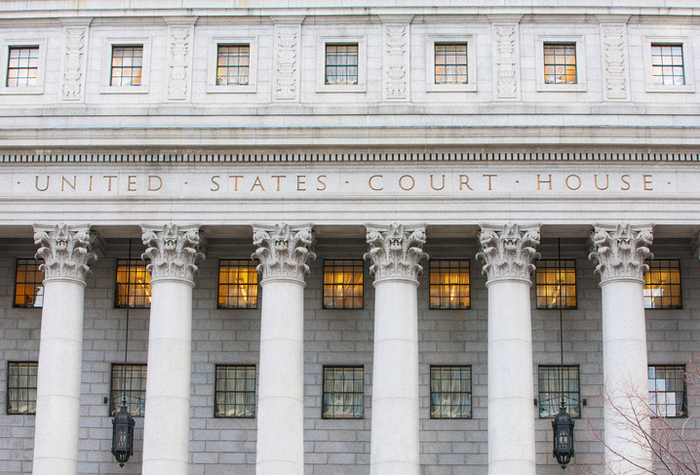 America is home to one of the most sophisticated legal systems in the world. Every day, thousands of people including judges, lawyer, law enforcement officers, and government officials take their part in the system aiming to settle disputes and get justice. Part of what makes the system so successful is balance and hierarchy. There are several federal courts that control issues related to federal law. Each state has its own set of courts that adjust to the needs of its people.

Of course, the law is a bit more complex than this, and we know no system works perfectly. However, learning how the judicial system works is important if you plan on taking a role as a lawyer.

How Does the Federal Court System Work?

Under the Constitution, Congress has the power to create and abolish federal courts. The United States Supreme Court is the only court that cannot be abolished. Congress is the body with the authority to determine the number of judges in the federal legal system. Generally speaking, federal courts have jurisdiction over civil and criminal actions dealing with federal law. Jurisdiction can overlap and certain cases that may be heard in federal court can instead be heard in state court.

Federal courts are only allowed to interpret the law in the context of deciding a dispute. A court cannot approach an issue on its own or in a hypothetical context. With a few exceptions, federal judges are important for life until they retire, resign, or die. Under the Constitution, federal judges must act with good behavior, and they may be impeached for criminal or improper conduct. Judges who retire are known as senior judges. They may be called upon to help with cases.

Federal judges are appointed by the President and confirmed by the Senate. Their pay is determined by Congress. Many federal judges make about the same amount of as members of Congress, though like some members of Congress many of them have previous experience in more lucrative positions. The Constitution does not require that judges are lawyers; but, so far, all federal judges have been bar-trained lawyers. Each federal court has a chief judge. The chief judge is the person who has served on the court the longest. Justices must be under the age of 65 and are allowed to serve as chief justice for 7 years but not after age 70.

Each court also has a staff of employees including clerks, assistants, and reporters. The primary administrative officer is the clerk of court who is responsible for maintaining the records, finances, and support services for the court. They send official notices and summons, manage interpreters and court reporters, and administer the jury system.

The Supreme Court is the only court explicitly created by the Constitution. It is the most powerful court in the United States. The court has nine justices, and its decisions cannot be appealed to any other court. Thousands of cases are filed with the Supreme Court every year, but the court only hears 100 to 150 cases a year. The majority of cases require the court to interpret the existing law, the intent of Congress when passing the legislation, or the constitutionality of legislation or executive acts. The Supreme Court has original jurisdiction in cases involving foreign dignitaries and cases in which a state is a party. This means that these cases must be filed in the Supreme Court but can later be passed down to a lower court. All other cases reach the court on appeal from lower courts.

In the federal system, there are 12 regional U.S. circuit courts of appeals and one U.S. Court of Appeals. The number of judges on each court varies from 6 to 28, but most of them have 10 to 15 judges. Each court has the power to review decisions of district courts and its regions. Appeals courts, sometimes referred to as appellate courts, can review orders of independent regulatory agencies if the dispute underlying the order persists after the agency's internal review processes have been exhausted.

Defendants who have been found guilty by a criminal court can appeal the ruling in order to have the case heard by the court of appeals. Either side may appeal in a civil case. Each side presents arguments in written documents to a panel of three judges. The court bases its decision on the record of the case and does not solicit any new evidence or testimony.

Below the courts of appeals are the district courts. Each of the 94 districts has at least two judges with the biggest district having 24 judges or more. Each district also has a U.S. (federal) bankruptcy court. District courts are the trial courts of the federal system. They hear criminal cases related to federal offenses and civil cases that deal with matters of federal law or with disputes between citizens of different states. They are also the only federal courts in which grand juries indict the accused and juries decide the case.

Congress determines the districts based on caseload, population, and size. Judges must live in the district they serve, with the District of Columbia being the lone exception. Judges may sit in another District to help with heavy caseloads.

Magistrate judges are appointed by district judges to serve 8-year terms in a U.S. district court. Part-time magistrates serve 4 years. The system began in 1968 to help district courts with their caseloads. Both parties involved in the case have to agree to be heard by a magistrate instead of a district judge. Magistrate judges also conduct initial proceedings for cases including bail hearings, warrant issuance, attorney appointment, and review of petitions and motions.

How Do the State Courts Work?

Even though federal courts are the most powerful courts in America and play an essential role in shaping policy and practice, state courts do much of the work that keeps the judicial system running. They're also the courts with which citizens are most likely to have contact. There are two types of trial courts in most states: general jurisdiction and special jurisdiction.

General jurisdiction courts (specifically called superior courts, circuit courts, or courts of common pleas) hear the serious civil and criminal cases. Each state also has its own appellate court system and a state supreme court. In New York, there are 62 trial courts called supreme courts, and the state's highest court is the New York Court of Appeals.

How Does Jury Duty Work?

Jury duty is an essential part of our court and legal system. If citizens didn't give up some of their time to serve on juries, conducting a fair trial would be nearly impossible. The U.S. Supreme Court and U.S. courts of appeals do not use juries. Federal district courts and state trial courts do. Jurors are randomly selected from a pool of registered voters and people with driver's licenses to ensure that a cross-section of the population is included in each jury. If you are selected in this way, you are being summoned. A summons juror must complete a questionnaire to determine if there is any reason he or she may be disqualified from serving.

Being summoned for jury duty does not mean you will automatically have to serve. However, you will likely have to go to the courthouse and undergo a process called voir dire, in which the judges and lawyers question potential jurors to determine whether they're fit to serve. There are two types of juries in which private citizens may be called to serve. A trial jury also known as a petit jury is made of 6 to 12 people for a civil trial and 12 people for a criminal trial. A grand jury is a panel of 16 to 23 people who determine whether there is probable cause to charge someone with a crime.