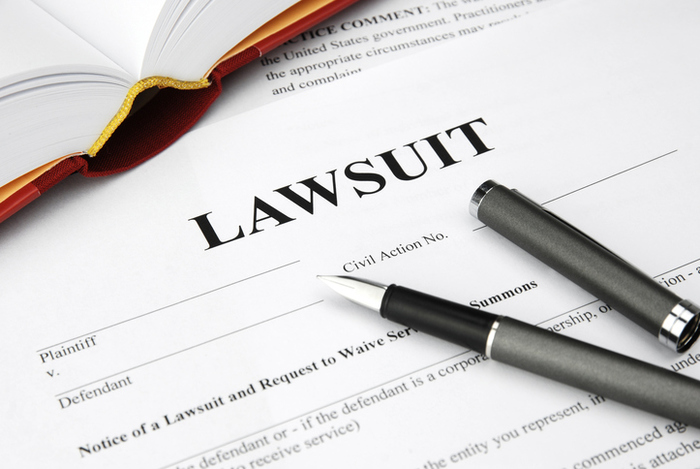 Each lawsuit is unique, but most fall into a broader category with specific characteristics that provide a template for legal strategy. Here are some of the most common types of lawsuits you're likely to encounter as a lawyer (in no particular order):

Damages (aka money) can be awarded if this is proven. These damages can include both economic damages, like medical bills, and noneconomic damages, such as “pain and suffering” or a lowered quality of life. Singer Gloria Estefan filed a personal injury lawsuit after a tractor-trailer crashed into her tour bus in 1990. The crash caused Gloria to break her back and miss a year of touring. She won $8.5 million in damages, which covered her medical expenses, lost wages from a year of concerts, and emotional distress.

A product liability lawsuit can be filed when an injury results from a product that's defective and harmful. These products may have been defectively manufactured, defectively designed, or improperly labeled with inadequate warnings or instructions.

The infamous 1994 case of Liebeck v. McDonald’s falls into the third category: 79-year-old Stella Liebeck accidentally poured hot McDonald’s coffee on herself and sued McDonald’s after suffering burns on 16% of her body. She won $160,000 for her medical expenses and $640,000 in punitive damages. The court case revealed that McDonald’s served their coffee about 40 degrees hotter than other restaurants, failed to advertise this fact, and had failed to act despite hundreds of complaints that preceded Liebeck’s.

After this case, McDonald’s and other restaurants added “Warning: Contents Hot” labels to their drinks and the use of cup sleeves rose.

A workers' compensation lawsuit can be filed when someone has suffered a work or work-related injury. This injury might stem from repetitive motion required by the job, exposure to dangerous chemicals, or a slip-and-fall. Workers' compensation covers hospital and medical bills, disability payments, rehabilitation, and more, with laws varying by state.

In 2016, Oklahoma City homeless shelter employee Rachel Jenkins injured her shoulder while protecting a mentally disabled man who was being attacked by another man at the ResCare-run shelter. ResCare had opted out of the state’s workers' compensation program by having its own system. This system required employees to report incidents within 24 hours. Jenkins missed this deadline by 3 hours and was denied benefits—despite her supervisor witnessing the injury occur. Jenkins sued ResCare over this rule and won an undisclosed settlement.

Employees can sue an employer for wrongful termination if they believe they were illegally terminated. Laws vary by state as to what counts as wrongful termination, but some broad examples would include being fired for: religious or political beliefs, race, being a whistleblower, and reporting a safety violation. If wrongfully terminated, an employee can sue for damages which include lost pay and benefits, which can be calculated.

An employee can also sue for emotional distress, which is less mathematically precise, and punitive damages, which are meant to punish the employer for bad behavior and incentivize them never to repeat it.

In 1997, actress Hunter Tylo won $5 million in damages after being terminated from the TV show Melrose Place when she became pregnant.

A medical malpractice suit can be filed when a patient believes that a doctor has treated him or her improperly. In order to win this kind of lawsuit, a patient must prove that the doctor-patient relationship existed, that the doctor was negligent, and that this negligence directly resulted in an injury.

Different types of negligence include a failure to diagnose, improper treatment, and a failure to warn about known risks (aka duty of informed consent). Improper treatment can vary, from deciding on a course of treatment that other reasonable doctors in the same position would not have decided on to administering the right treatment incorrectly (i.e., giving the wrong dosage, amputating the wrong leg, etc.) The plaintiff must also prove that the injury led to specific damages, such as physical pain, mental pain, additional medical bills, or lost wages.

In 1997, actress and singer Julie Andrews (aka Mary Poppins) underwent surgery on her throat, but the surgery was botched, resulting in permanent damage on Andrews’ voice. She settled a medical malpractice lawsuit in 2000.

As society changes, we may see that some of these common lawsuits fall away; but, for now, they remain staples of the legal system. If you're interested in learning more, take a look at the different fields of law, and average lawyer salaries per field.