Home LSAT Prep The LSAT Edge An Ode to Caffe... 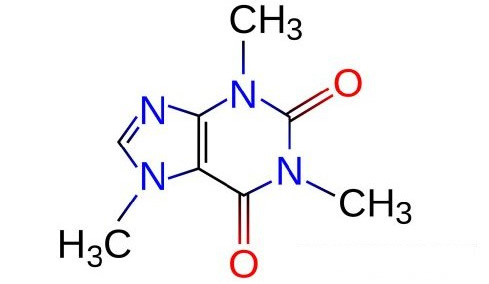 Everyone in the LSAT prep world is aware of the amazing effects of caffeine. Whether you find your caffeine in coffee, tea, soda, energy drinks, or chocolate, everyone can probably attest to being helped by the lovely magic of this drug at one time in their life.

I suppose this ode is both a warning and a tip. Caffeine is your friend. But, be cautious with him, because he is wily and can use his influence on your mind detrimentally rather than beneficially. I know a bunch of my LSAT-taking students have tried different methods of boosting their energy, some orthodox and some unorthodox.

Let’s be real, we’ve all heard of people taking caffeine pills, or chugging Red Bull or even, shhhhh, taking Adderall or even Ritalin to help them focus more and study longer.  Yes, Ritalin. I once had to escort a student out of my classroom because he couldn’t stop fixating on the tapping sound his pen made on our metal desks. Sure, caffeine can help. Sure, the ability to focus more can be beneficial. Sure, the ability to study longer might prove helpful. BUT, at what cost? Don’t worry, this isn’t going to be an after-school special type of blog entry. I know we are all logical (see what I did there?) adults, so I’m going to skip the next section of this, which would most likely be me trying to warn you of the unorthodox methods of focusing and abusing caffeine in its many forms, and move on to what can we do to help boost our attention.

Well, we’ve delved a bit into the power of positive attitudes, the benefits of eating healthy diets and exercising. Now let’s get down to the nitty gritty. Caffeine is our friend. Try drinking at least one cup of coffee in the morning to get you going. If you’d rather not hit up the coffee, try black or green tea. They both have a sizeable amount of caffeine in them along with amazing antioxidants.

Still don’t want to delve into the world of coffee or tea? Chocolate, believe it or not, has a good amount of caffeine in it. I kid you not, before each Reading Comprehension section, I would put a square of dark chocolate in my mouth (dark chocolate has more caffeine than milk chocolate, and let’s face it, tastes better!) and hold on to it’s magical powers until the end of the section.

Remember, there’s a limit to aspiring for more study hours. You have to work up to it slowly and steadily. If you go from zero to one hundred in one fell swoop, well, you’re going to not only tire yourself out, but also lose hope. I can’t tell you how often I see LSAT students downtrodden because the short-term goals they have set for themselves are much too grand and they feel they cannot move forward. Take it step by step. Add a half hour to your studying regimen every few days to eventually get to whatever your goal is. And be realistic. You are not superman. Just because you heard Susie Whatsherface was able to study 18 hours a day and in so doing got a 174 on the LSAT, doesn’t mean you can study 18 hours a day or get a 174. It also doesn’t necessarily mean that just because you can’t study for 18 hours a day, you won’t score a 174. AND, Susie Whatsherface…she was probably lying; because studying 18 hours a day is almost humanly impossible.

So what have we learned for today? Susie is a liar, and you need to work slowly towards your goals. Okay? Okay. I’m here with you every step of the way my LSAT-prepping minion. Don’t lose hope. There is a light at the end of that heinous LSAT Prep tunnel.