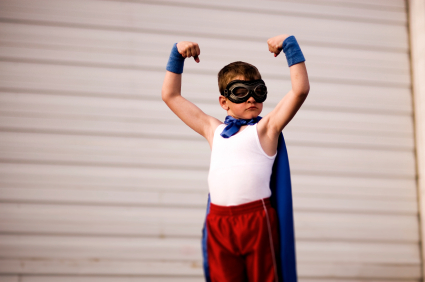 So, I know when I was in the midst of my LSAT prep, I was hounding the Internet for different tips and tricks I could use to help stay focused and sharp. You won’t believe the myriad of things I tried over and over again just because one of my friends said this certain tea or this certain aromatherapy candle helped them concentrate. Every bit counts, right? Well, recently I came across a study pertaining to one’s confidence in their intelligence that I found very interesting.

Researchers wanted to see whether or not how you dressed affected how well you did on exams. The researchers tested a group of participants on an exam. Half the group took the exam while wearing their normal attire that they walked into the laboratory in, and the other half took the exam with white lab coats over their clothes. Those wearing the lab coats only made half the mistakes of those who didn’t wear the lab coats! They tested again, but this time they gave everyone the same white lab coat. However, they told half the group that the coat was a lab coat, and the other half were told that it was an artist’s smock. The results showed that those who believed they were wearing the lab coat did significantly better on the exam than those who believed they were wearing an artist’s smock, even though they were all wearing the same exact coat!

Why did this happen? The results corroborated what many psychologists have long been saying: simply believing you’re smarter actually makes you smarter. I bring this up, because I know we are well underway in our LSAT prep for the June exam. This is about the time when you LSAT “prep”-ers start to second-guess yourselves. Doubting yourself is one of the worst things you can do, second to just not studying.

A nice thing to do at this point in your studies is to look back at older exams and see how far you’ve come and how hard you’ve worked. One thing that always made me feel good about my LSAT knowledge was sitting my parents down [this truly was a testament to how much they love me] and explaining Logical Reasoning question after question to them. They were unfamiliar with the LSAT test. So I could explain even the most basic principles in the LSAT to them and feel like I was truly the master of the subject. It’s a wonder how far a little confidence can go on this exam. I want you to find a loved one, whether it is a sibling, parent, spouse, partner, or friend, and make sure they have no knowledge of the LSAT or formal logic. Take a practice LSAT in hand, go over it and really analyze and understand why you got each question right and wrong. Then, sit your chosen person down and explain your exam to them. It’s unrealistic to think anyone who isn’t you will sit through the entirety of a practice LSAT being explained to them, especially when they weren’t even the ones who took it, but explain it to them as long as they can take. Not only will you gain confidence from this process, but teaching the concepts behind the Reading Comprehension passages and the Logic Games will also help you hone your own skills further. Plus, it’ll be a nice break from your normal LSAT prep routine!