Home LSAT Prep The LSAT Edge Getting Into Em... 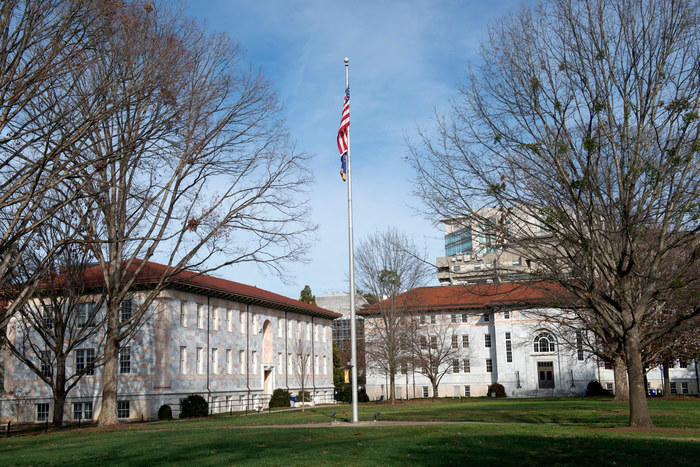 Learn what it takes to get into Emory Law School.

The Emory Law School opened in 1916. It is part of Emory University, a private school situated in Atlanta, Georgia. The school offers students a robust curriculum that prepares students for life after graduation.

The school insists that students maintain high levels of work and education. Slacking off is not tolerated at Emory University. Students are willing to learn and are hardworking. They also demonstrate politeness and respect.

Emory University has one of the top 30 law schools in America. Some classify Emory Law School as the south's answer to Ivy League schools. It is a fair reputation as the standard of education is very high.

Emory University does cost a lot more than your average law school. The private Christian school has great values, yet is not the cheapest to attend. The campus is moderate in size, with just under 7,000 students. There is also plenty to do in the surrounding Atlanta area.

Emory University is by no means a party school. You can enjoy an active social life, but it doesn't rise to the levels of being drunk all the time. Not that you can afford to anyway, but keep in mind the student body tends to be a little more conservative.

The school does believe in giving back to the community. Emory University is happy to provide a free law clinic. The law clinic allows you to assist less fortunate members of the community as well as gain experience at the same time.

The school has an extensive law program and one of the best law libraries in the country. Here, you can study towards your:

The school also offers joint degrees if you want to maximize your time.

Class sizes are larger than national and state averages. Emory University averages about 185 students per class. However, most students don't see it as a problem and graduate programs traditionally have smaller class sizes compared to undergraduate studies.

Something of concern is that 3 out of 10 students might struggle to find work after graduating. However, it is more likely a factor of the economy in Georgia rather than the fault of the law school.

On the bright side, those that do land a job in the private sector can expect to earn almost double what the public sector pays.

According to U.S. News & World Report, the school ranks 22nd in the country out of almost 700 competitors. The overall ranking is important because it's very difficult to compare one school to the next. It is important to remember that each school has its advantages and disadvantages.

For example, compare Emory University to Arizona State University. Look at their offerings, and you'll see that there's a vast difference between the two law schools. Emory University is a lot smaller and offers more law programs.

It is one of the many reasons why the law school scored higher than ASU despite the fact ASU has a larger student body and lower tuition.

According to Niche.com, Emory is the top Christian school in the country. The statistic is of comfort for parents that want their children to follow a more spiritual path. The school's ranking is essential because it shows a strong sense of values. If your child is a devout Christian, they'll appreciate being in an environment where they feel supported.

Also, according to Niche, the school ranks ninth in the country for having the best professors. Is it why the school achieves such a high bar passage rate? Possibly, but the rating is important for other reasons as well.

It's amazing the difference that an enthusiastic professor can make to the learning experience. As a result, the rating shows that professors go out of their way to ensure their students get a high-quality education.

Students also find their professors easy to relate to and ask questions. It, in turn, makes professors more approachable. It is a characteristic that every good law professor needs, so students feel comfortable approaching their superiors.

What is the Emory Law School acceptance rate?

The average acceptance rate at Emory University over the past few years hovers around 30% to 40%. There is a moderate amount of competition. The school typically opens up 250 spots per year for its law school. However, it averages close to 4,000 applications a year.

Compared to Ivy League schools, there's not as much competition. But there are many other law schools out there that are easier to get into compared to Emory University.

The law school is relatively popular thanks to its high standard of education. It is why it's essential to bring you're A-game if you want to get one of those coveted spots.

If you wish to enter one of the law school's specialist programs or try for a scholarship, you need to be one step ahead of everyone else. We recommend confirming the deadlines for scholarships so you don't miss out. Some of the scholarships close at the end of January rather than March.

Our best advice is to get your law school application in as early as possible. It won't guarantee acceptance, but it does put you in a far better position.

Why is the law school so popular? Emory University has an average bar passage rate of 88.8%. It is far higher than the state average. The bar passage rate is also a good indication of the quality of the education you'll get at the school.

Promotional Opportunity:  ?Want to get into {Law School} Law School? Sign up for LSATMax?

What is the tuition for Emory Law School?

What are the living expenses at Emory Law School?

What are the housing options at Emory Law School?

When will the Emory application materials be available?

When does Emory begin accepting applications?

How are applications to Emory submitted?

Does Emory have an ?early admission? or an ?early decision? process?

No, not typically. Students with Alumni ties may receive an interview request. However, generally speaking, interviews are few and far between.

Students moving into the private sector can expect to receive far higher compensation compared to the public sector. The median salary after law school is pretty good for not only Georgia but the rest of the country. Approximately 55% of graduates remain in-state thanks to the competitive pay scale.

Considering that the private sector pays almost double, it's hardly surprising that 58% of students work in private law firms after graduating. Around 17% of students opt to work in the public sector.

Examples of the kinds of jobs that graduates of Emory Law School choose from include:

Some graduates will also decide to head into private practice. It's very tough to do this straight out of law school. That's why so many graduates choose to join an established law firm first before considering their own practice.

Other Schools to Consider