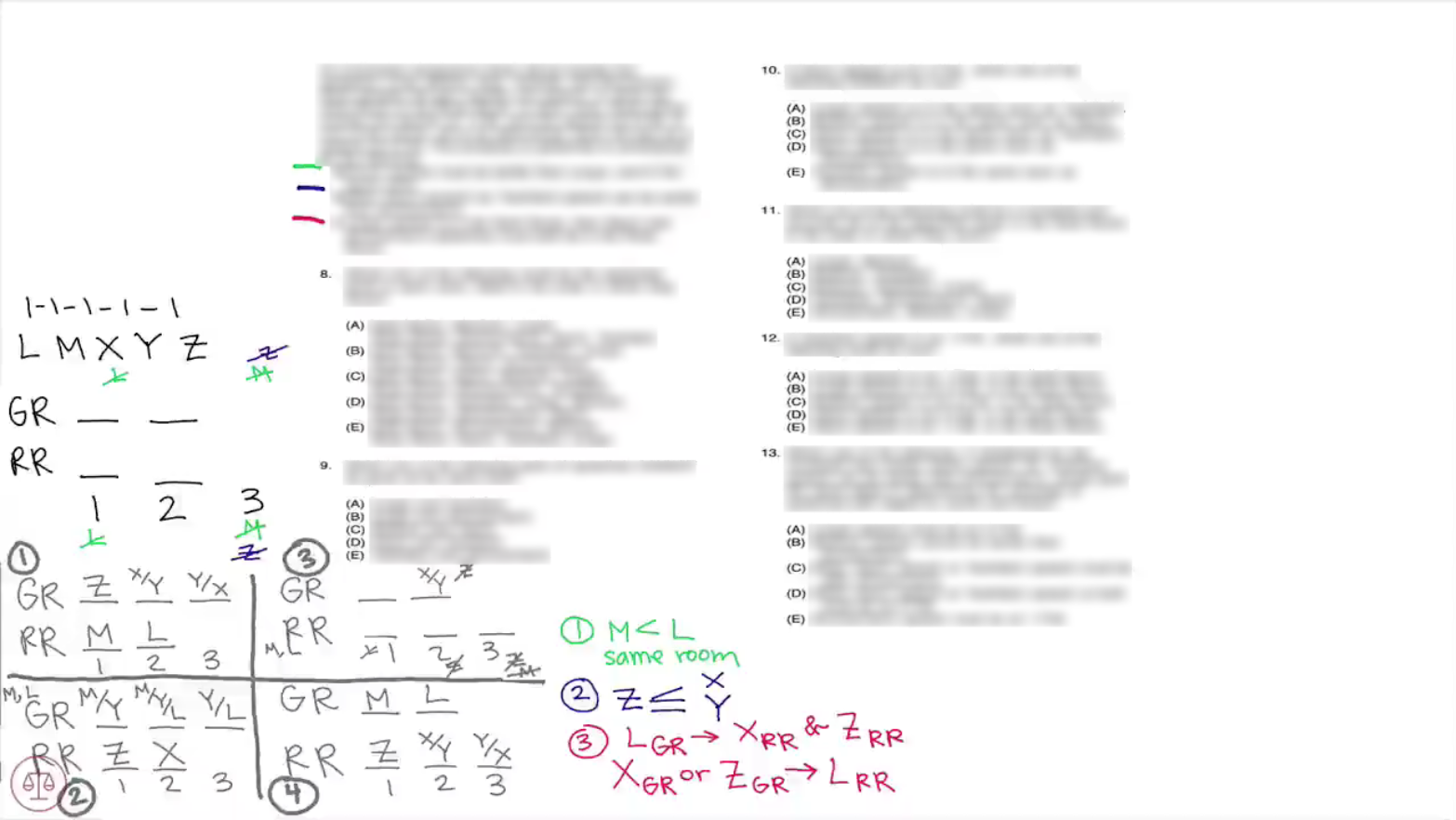 For our LSAT prep today, we will go over the second game adds upon the simple linear game we encountered in our previous game and adds an extra variable to it. Thus, we encounter a Multi-Linear Game where we must place the order speakers in both the Gold Room and the Rose Room.

We have three rules that are all Sufficient & Necessary conditionals. The first rule gives us a lot of info by saying that M’s speech is not only earlier than L’s but it is also in the same room.

The second rule tells us that Z’s speech is either at the same time or earlier than X’s and Y’s.

For those of you who are dismayed by Multi-Linear Games, there’s nothing to fret about. This is a very simple game. Write out your three questions and determine the deductions.

So, the magic words: deductions. Where do we find the deductions?

This results in four options that may take a little extra time to write out, but will ultimately save us a ton of time as we zoom through the questions.

Hopefully you found this game to be delightful! Once you’re done, review your work with our full video explanation of the entire game setup below: