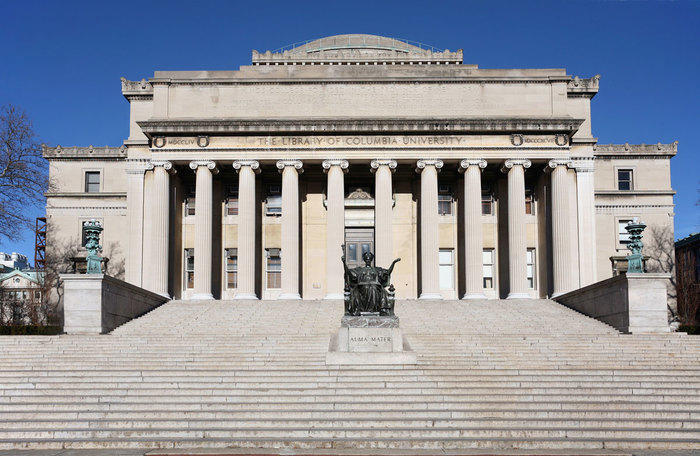 If you're considering a career in law, attending a prestigious law school is essential for passing the bar, finding a job, and for future success in your career. But as vital as it is to go to a good law school, choosing the right law school to apply to and attend can be a confusing process.

There are many options, all with different price points, locations, and reputations, and to add another element, you've got to be realistic as to which ones will let you in! Especially if you're considering studying in New York state, you're bound to feel a little overwhelmed. After all, the state has the second highest amount of law schools in the nation, behind California.

So, to assist you in finding the right school, we've narrowed it down to our top 10 choices.

A Quick Look at the Best Law Schools in New York

Each of our options earned its spot by providing a solid education. They're all vitally American Bar Association-accredited and provide a phenomenal law education. Here are the top 10 options in New York state:

How We Chose the Best Law Schools in New York

We've ranked our schools on a couple factors that we'll outline below:

We use US News' ranking to evaluate schools, the most popular and most in-depth ranking system in the United States.

Bar passage rate refers to the percentage of students that pass the New York State Bar Exam and pass into the Bar Association post-graduation.

This statistic refers to average salaries of the school's graduates, with the lower number being the median for attorneys who go into public law and the higher number for those who

The percentage of applicants who are accepted into a given law program.

The LSAT is the key test required to enter any American law school. The range quoted here is the middle 50% of accepted students, with the two numbers representing the outer range.

The quoted price is the yearly tuition to attend the given law school.

Now, let's take a deeper look at the best law schools in the state.

Columbia has one of the best law programs in the country. Graduates from here move on to have some of the highest paying, most prestigious law jobs in the country. The small-sized private university has a class size of only 350 people.

With a bar exam pass rate approaching 98%, you're also almost guaranteed to pass the bar if you study here and apply yourself. But of course, thanks to the school's reputation, they can be picky about who they accept.

If you want a good chance of getting admitted, you'll have to hit a minimum of 170 on your LSATs. Even if you do, it's still difficult: the school's acceptance rate is only 16.8 percent. So, do your best to get your application in early and study hard. The school will also consider extracurricular activities. Before applying you should try to gain relevant work experience, and explore volunteering possibilities as well. While it's expensive, it's one of the best law educations you can get nationwide.

This private university is located in Greenwich Village in Manhattan. It is relatively large for a law school with a student body of around 1700. The school is quite tough to get into, but it's a smidge easier by acceptance rate than admissions for Columbia or Cornell. Curriculum here is incredibly intensive, though and students here do need to work hard.

While there's an active social scene at this school, the workloads prevent too much hedonistic behavior. NYU law school is another historic campus — the school started in 1831. With a fantastic bar passage rate and stellar post-grad salaries, the price is expensive but justifiable, although you'll need to have your application well in order to be successful.

This selective private university is one of the top 15 in the country. They're very particular when it comes to who enters the program. You have to perform well academically and demonstrate that you can maintain balance in your life.

Acceptance is difficult to achieve — only about 1 in 5 applicants make the grade. That's a good thing, though, because this is not an option for slackers. If you're willing to work hard, you'll get an excellent start for your law career. And more important than curriculum is the network that the school provides. Alumni are very active and usually happy to mentor new graduates. The college campus is beautiful, with historic buildings to inspire you.

With just over 600 JD students, Cornell University is considered small to mid-sized. The cost to attend the school is above average, but with a good LSAT score, financial aid is available to students.

This private Catholic school has offered outstanding education since 1841 and draws on traditional Jesuit values. These values emphasize respect, hard work, and morality. Graduates of Fordham can expect similar salaries to the top schools on this list.

But while the quality of the education you'll get is top-tier, entrance is slightly more relaxed in terms of LSAT scores. That said, you'll need to have a stellar academic background and application to gain entrance. There's a fair amount of competition for the top spots here.

The Cardozo School of Law at Yeshiva University is a private law school with a relatively large student body, featuring about 1000 students. The bar passage rate is a little lower than higher-tier options, probably correlated with the more relaxed admissions requirements.

But as long as you achieve an LSAT score of 157 or more, you've got a good chance of getting in. The competition for entry is average, so you've got a good shot at getting in compared to schools in the top 50. Campus life is active, and the law school represents a significant part of the student body, but the focus is definitely on academics.

Although it's officially a Jewish school, the student population isn't particularly religious. While here isn't any religious influence on curriculum, but there is strong support for the Jewish community here. While tuition is quite high for a school outside of the top 50, this school offers more financial assistance for students than any reviewed in this state so far.

As the name suggests, this is a Catholic school. It's privately run and has an excellent reputation, as it's well in the top 100 law schools in America.

A significant advantage here is that it is relatively easy to get accepted. LSAT scores required are lower than is the case for most top institutions. There is relatively average competition for entry, but there's a very small pool of applicants: only 247 students attend the institution, less than 100 per class year.

The school is in Queens, a borough of New York City. The school is expensively priced, a side effect of being in the Big Apple, but networking effects from being in the city can help with job projects post-graduation. Financial aid programs are available.

This law school sneaks in the top 100 by rankings with a reputation that's well above average. The campus is large, with a total of around 19,500 students, but the law school itself is small with under 500 Juris Doctor candidates. This helps with a high student to staff ratio of 5.5 students to one staff member.

Gaining entry is relatively simple because of the scores required. The bottom 25 percent of students admitted have a score under 150, which represents the 40th percentile of test scores. Just get your application in early because they still reject over approximately 500 candidates per year.

The average cost of education here is reasonable, well below average for a law school in the top 100. The school also offers need-based financial aid programs.

Experts and graduates alike highly recommend this small private institution in Syracuse. It's class size is miniscule: 230, meaning it's still quite competitive to get into the school. That said, it's easier than trying to get into Columbia or Cornell, but it's definitely not a sure thing. A strong LSAT is still required to gain admission.

That the school has a high bar passage rate despite its lower admission requirements speaks volumes about the quality of education there. While the undergraduate program has a party reputation and an emphasis on sports, the law school is very different and those who don't hit the books hard won't find success here.

While tuition is above average for a school of this caliber, the school offers financial aid. Post-grad salaries speak to the competition for starting positions among graduates in New York, but diligent students can work their way up, although there are more abundant, less competitive positions in places like Albany and Buffalo than in New York City.

If you're looking for more individualized attention, this school could be a good fit. There is a total of around 2,200 students on the whole campus and 372 in the law school. While the acceptance rate is just over 50%, admissions are competitive, so it's important to take your application and test scores seriously if you hope to gain admission.

Albany is a private school with above-average tuition. Many students do qualify for student aid. Private sector salaries are relatively high for a school outside of the top 100, and public position placement is high as well with relatively strong salaries. That has more to do with the staff support network outside of academics: a career center helps place graduates.

At first glance, the bar passage rate for Hofstra University looks pretty low. It looks even worse when you compare it to the others on this list. So, how did Hofstra squeeze its way into the top ten? Well, at the end of the day, it's a pretty good school. It's selective, admitting under 50% of applicants and post-graduation salaries are higher than many higher-ranked institutions.

The lower ranking could be related to the lower scores required to gain admission. But what made us include it here is that the school puts a lot of emphasis on the practical aspects of the law. And, if you plan to practice law, this emphasis on real-world experience is a significant advantage. It helps with career placement as well, with 81% of students employed within 10 months of graduation.

Is the school up to the standards of Columbia or Cornell? No, not really. But, at the same time, not everyone can get into those top schools. Overall, you're getting a good education. The school is of a large size with around 820 students. Over 100 professors mean that the student to staff ratio is bar none.

The tuition is pretty steep, but if you're willing to work, you'll get your money's worth. The faculty are very supportive of students who are eager to work hard, and the bar passage rate, while not incredible, is about average for the state as a whole.

From this list, it's clear what our top choices are. The entire top four all offer excellent academic opportunities. On the downside, though, they are high-pressure environments and difficult to gain entry to.

But now, though, it's up to you: which school will you choose?