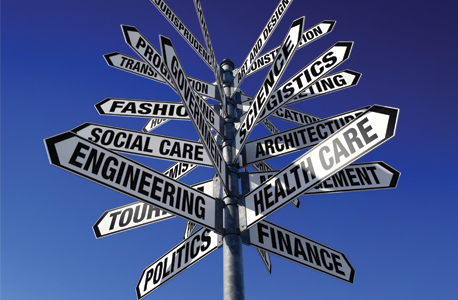 I’d like to tell you a little story that got me to thinking about undergraduate degrees and how well you do on the LSAT. Before I even took the LSAT test, I visited a few law schools to see what I was getting myself into. At one specific school, I joined a large group of law school “prospectives” and we were able to sit in on an actual law school writing class. We chatted and laughed about how difficult the first year of law school is and what we should “look forward to.” And then finally at the end of class, the wonderful cheery writing teacher asked us to raise our hands if we were getting our undergraduate degrees in humanities, namely English. I proudly darted my hand up, expecting her to praise how well I would do in her class. She looked at me point blank and said, “this class will be difficult for you.”

She continued on to explain that humanities majors were taught to be creative and flowery in their thinking. And though my pride was hurt, when I thought about it, I realized she was right. I was constantly encouraged in my classes to think outside the box and read between the lines. I once nabbed an A- on a paper I wrote on Jane Austen’s Emma, where I basically wrote about how my Professor’s analysis of the book was complete horse feces, possibly in prose a bit more eloquent. My point is, that writing teacher was right. Undergrad encouraged me to be creative in my writing, whereas legal writing strives to quash creativity and encourage straightforward brevity. So too, on the LSAT, us humanity majors find ourselves at a disadvantage. Though there isn’t technically any math or science on the LSAT—save those annoying science Reading Comprehension passages about protein inhibitors and lipid membranes—logic is more like math than it is like English.

Your mind should be well acquainted to finding patterns and using formulas to crack the logic that is presented to you. So, I decided to do a little research and see if anyone had done a study on how well different majors did on the LSAT. I found such a study conducted by Michael Nieswiadomy, an economist from the University of North Texas. He conducted several studies (in 1998, 2006 and 2008) derived from LSAC data. He looked at 28 different majors and placed them in order of their average LSAT scores. Curious? Here are some of the results:

Now, don’t let these scores deter you, I was an English Literature and French major in college and my LSAT score is markedly higher than both those averages. Also, don’t let these numbers let you slack off, because as you already know from your LSAT prep, a correlation does not necessarily mean a cause and effect relationship exists.

Every student is different; their majors merely say something about how they approach the test and their work ethic and stamina towards studying. Continue on with your LSAT prep and keep that chin up! Anyway, hope you found this interesting!