Home LSAT Prep The LSAT Edge Are We Witnessi... 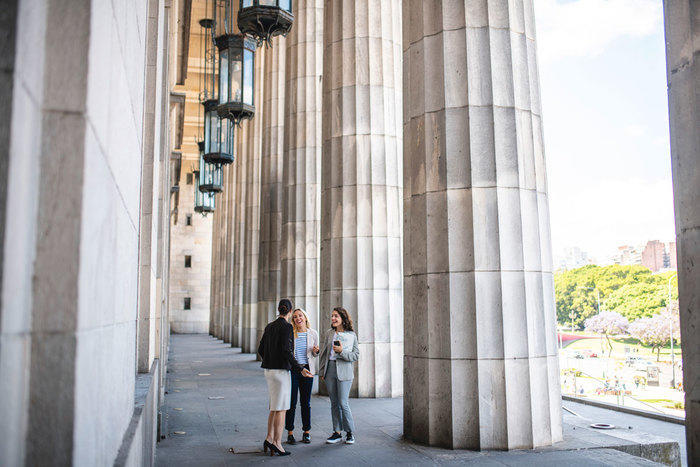 A few weeks ago, we discussed how news from the American Bar Association might radically reshape the law school admissions process. To recap: the ABA’s Council of the Section of Legal Education and Admissions to the Bar voted to change the rules that say that law schools must use a “valid and reliable admissions test” in their admissions process. If this rule changes, law schools could choose to make the LSAT — and other standardized admissions tests — an optional component of their applications beginning in 2025.

Not to be outdone, a few law schools also announced plans that could further alter the admissions process. Last month, Yale — and then Harvard, Georgetown, Columbia,Stanford, Duke, Northwestern, Michigan, UPenn, four UCs, and UW — announced that they will be boycotting U.S. News & World Report’s annual law school rankings. U.S. News’s rankings are undoubtedly the most well-known law-school rankings — even if they are far from the only or most universally beloved way to rank law schools. A deluge of many of the top-ranked law schools (one wonders if these law schools now object to being called “top-ranked”) is a shock to the law school admissions system. Even a law school that no longer exists got in on the fun!

But, big news prompts big questions — especially from future law school applicants who pay attention to and rely on these rankings. Let’s address a few of these questions …

Why are these law schools opting out of U.S. News’s rankings?

To paraphrase the boycotting law schools’ arguments, many of the metrics U.S. News uses to rank law schools disincentives law schools from making legal education more accessible and diverse. About 5% of a school’s ranking is based on the debt incurred by graduating students. Boycotting law schools argue that penalizes law schools that accept students from low-income backgrounds, especially if the rankings do not factor in loan forgiveness. Admissions-test scores are also weighed as 11.25% of the final ranking, and some studies have argued that such tests impede diversity in legal education.

Some also speculate that these law schools are making this decision in anticipation of the likely decisions in Students for Fair Admissions vs. President and Fellows of Havard and University of North Carolina, in which the Supreme Court seems poised to make it unconstitutional for universities and colleges to consider race in the admissions process. Some argue that if law schools want to continue to attract students from diverse backgrounds, they might have to increase the resources dedicated to financial aid, public interest fellowships, and loan forgiveness programs and decrease the resources spent on scholarships for high standardized-test scores — which could depress their U.S. News rankings. So, law schools may be opting out of the U.S. News rankings to pursue efforts to create diverse student bodies in a post-affirmative action world without worrying about consequent ranking slides.

What does it mean to opt out of the U.S. News rankings, anyway?

Will these schools no longer be included in the U.S. News rankings? No, these schools will continue to be ranked, according to U.S. News. After all, much of the information U.S. News uses — LSAT scores, GPAs, and the number of applications — is publicly available via the American Bar Association. The boycotting law schools are only withholding the non-public information that U.S. News asks for, like employment of graduates, spending per student, and student debt.

It’s tempting to assume that the lack of data from Yale, Harvard, and the like will cause these schools to take a sudden tumble down the rankings. Perhaps the so-called T14 law schools in next year’s rankings will be strikingly different than this year’s.

This happened at the undergraduate level before. In 1995, Reed College boycotted U.S. News’s rankings, which arguably led U.S. News to rank Reed consistently lower than the college otherwise would be. Will a similar fate befall the boycotting law schools?

Many argue that’s not terribly likely. After all, allowing brand names like Yale and Harvard to slide down the rankings would cause U.S. News to look punitive or make their methodology seem capricious. If the law school revolt delivered a blow to U.S. News’s credibility, a radically reshifted ranking would only exacerbate the issue. (Perhaps U.S. News will try to both have and eat its cake by putting an asterisk next to the boycotting schools — maybe noting that they’re basing the ranking on historical data and that the schools' ranking may not reflect their “actual” rankings.)

And what will happen to the rankings themselves? Will more law schools follow suit?

Of course, there’s the ultimate question: whether more schools will follow in Yale and Harvard’s footsteps, spurning the U.S. News rankings. And, if so, whether the U.S. News rankings will lose their stronghold on the admissions process. And if that happens, will thel law school admissions process be a lot different for applicants? Will schools begin to prioritize an entirely new set of characteristics when admitting new law students?

We are decidedly in the we’ll-see stages of this situation. It’s worth noting that Harvard Law was the bellwether for law schools’ embrace of the GRE as a possible alternative to the LSAT. But, it’s also safe to say a school accepting applicants who took a different test is a less dramatic step than opting out of the rankings that may have led those people to apply to that school in the first place.

With nine of the previously top-fourteen schools boycotting, the salient question is whether this effect going to cascade past the top-ranked law schools, with more lower-ranked law schools declining to participate in the U.S. News ranking.

Perhaps not. Speaking to the Washington Post, Ken Randall, the dean of the Antonin Scalia Law School at George Mason University, said the school will continue to participate with the U.S. News rankings, despite misgivings about the rankings’ methodology. According to Randall, “The big bulk of schools,” — those ranked between 15 to 100 or so — “really do think about rankings a lot.”

Randall’s statements comport with my personal impressions of the U.S. News rankings — that they’re less valuable to the Harvards and Yales of the world than they are to the Yeshivas and Fordhams. How many prospective law school applicants need to be told Columbia is a very prestigious and respected school? Are the U.S. News rankings really teaching anyone anything new by putting them fourth?

But if the U.S. News rankings serve as a proxy for “prestige” and “renown,” the rankings may be better at helping some future applicants get an idea of what the second-, third-, or fourth-most “prestigious” and “renowned” options in a given region are. And if being the best non-T14 option in a major metropolitan is still valuable to law schools like Yeshivas and Fordhams of the world, why wouldn’t they continue to work with the institutions that rank them as such? The same is true for schools that are ranked as the best schools in the regions that are not represented at the very top of the U.S. News rankings.

(This isn’t to say “prestige” or “renown” are the most important factors impacting an applicant’s decision-making. Applicants should always do their homework on a school’s graduation and bar passage rates, average starting salaries for graduates, financial aid and loan forgiveness programs, and any other factors that are important to the applicant.)

As we mentioned in our last post, the movement to make the LSAT optional sounds like momentous news that might end up leading to only marginal changes. We can only speculate on how law schools’ decisions to jilt the U.S. News rankings will change the admissions process. But if U.S. News continues to rank boycotting schools at similar positions and if other schools don’t follow suit, it doesn’t seem like the admissions process will be radically altered, at least in the short term.