Home LSAT Prep The LSAT Edge Get Back On Tha... 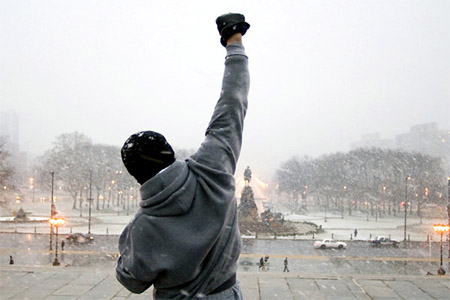 Something I've noticed from a lot of my students is that once their practice LSAT scores go down a little instead of up, their whole attitude around the test becomes bleak. Once you attitude drops, your self-doubts start to surface and doubt is your biggest enemy on the LSAT…along with time. This makes me think of one of my favorite Shakespeare quotes (I was an English Lit major in college, so sue me!), “Our doubts are traitors, they make us lose the good we oft might win, by fearing to attempt.””

It’s normal for your LSAT score to waiver once in while. Once in the midst of my score being in the high 160s/low 170s, I took a practice LSAT on an “off day” and my score plummeted to a 158. I was devastated. Picking up that number-two pencil to start over after dropping over ten points was excruciating, but I did it. I told myself, everyone has missteps. Everyone fails once in a while. But, that doesn’t mean they will be a failure.”

Don’t make the mistake I see so many LSAT students making after their score drops a smidge…or even plummets. It’s okay and as long as the general direction of your LSAT score is moving upward, then don’t fret.  To make you feel even better, I have compiled a quick list of amazing people who have had some significant failures in their lives:”

Though Einstein is a clear genius in most of our books, he wasn’t always thought of as such. Einstein didn’t speak until he was four and did not read until he was seven. Eventually he was even expelled from school. He was the only one of his graduating class who was unable to find a teaching position because none of his professors would give him a recommendation.

In his younger days, Lincoln went to war a captain and returned a private, which, for those of you not familiar with military ranks, is the lowest rank. Lincoln started multiple failed businesses, filed for bankruptcy not once, but twice, and was defeated in 26 campaigns for public office.

Before publishing her novels, Rowling was completely broke, suffering from depression. Rowling went from living off of welfare checks to becoming one of the richest women in the world in only five years. How’d she manage such a feat? Hard work and perseverance.

Before his empire, Disney was working at a local newspaper. An editor of the newspaper fired him because, “he lacked imagination and had no good ideas.” Afterwards Disney started a couple businesses that ended in failure. He kept trying and kept learning from his mistakes and well, you know the rest: he lived happily ever after.

Would you believe that Michael Jordan was cut from his high school basketball team? But, he didn’t let that get in his way. He has stated, “I have missed more than 9,000 shots in my career. I have lost almost 300 games. On 26 occasions I have been entrusted to take the game winning shot, and I missed. I have failed over and over and over again in my life. And that is why I succeed.”

The very first book by King, Carrie, received 30 rejections and King ended up throwing it in the trash. His wife, Tabitha, convinced him to tweak it and resubmit, and now we have the amazing best-selling author, Stephen King.

There are so many ridiculously amazing and successful people who fail. My point is, don’t be afraid of failure. Don’t stop studying or stop studying efficiently because you fear getting a lower/low score. Remember the wonderfully wise words of legendary UCLA Basketball Coach, John Wooden, “You miss 100% of the shots you don’t take.” Keep your head up! You’re almost there.”