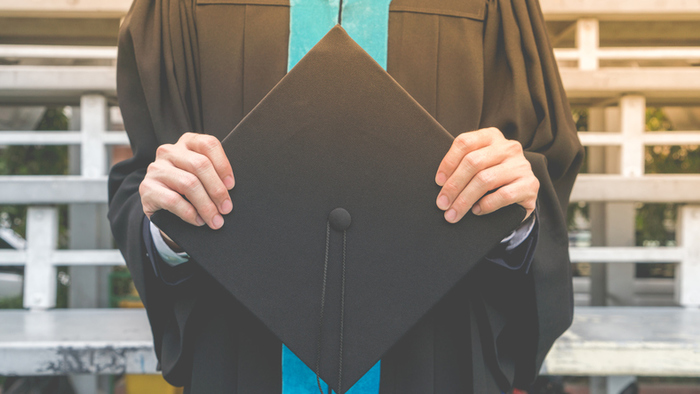 Though it may seem like majoring in Pre-Law or Criminal Justice would make your law school application shine, that's actually not the case. Because of the academically intense nature of law school, many other majors have more appeal. Why? Certain majors show you've got what it takes to be a good law student more than others—and those are the majors you should focus on if your end-goal is law school.

Data from the LSAC shows only 65% of criminal justice majors are accepted to law school, and prelaw isn't listed for any applicants for the 2015-2016 testing year. Criminal Justice majors had a mean LSAT score of 145.8.

So which majors have the highest acceptance rates? Classics comes in at 90.5% acceptance rate, Environmental Sciences comes in with an 89%, Policy Studies at 87%, followed by French and Philosophy at 86%.

When you choose your major with the intention of going on to law school, select an area you are passionate about and know you can do well in. But, also pay attention to the course load and the amount of work that goes into it. Law school admissions staff want to know that you can handle an intense workload because that's what you're going to get in law school. They want to see that you've excelled academically, too, so it's important to take something you know you can be good at. Don't major in physics if you can't handle science and math, or if you hate either of those subjects.

Choose something that allows you to build and strengthen the skills you'll need as a law student. Ideally, you'll research, analyze, do a lot of reading, writing, and critical thinking. As a lawyer, you'll examine case law and need to be able to think logically. You'll need to know why and how specific laws apply to cases and think of ways to use what you learn in your cases.

A degree in Classics focuses on Ancient Greek and Roman culture. You study language, civilizations, and literature. It teaches you critical thinking skills and helps you learn to formulate arguments.

According to Harvard Magazine, Classics majors (and math majors) have the highest success rates of any majors in law school. Believe it or not: political science, economics, and pre-law majors lag fairly far behind.

Many are unaware of what a Policy Studies major is. It can help you in law school because it enhances communication skills with community service and research. It combines political science, sociology, economics, and other fields to produce a rigorous interdisciplinary program. You'll learn the role of public policy in society, how those policies are developed and implemented, and how to evaluate policy options.

English majors are a common choice among law school applicants because the practice of law is the art of communication. As we move toward an increasingly globalized world, however, international communication skills are valuable. Foreign language majors gain an edge with legal employers.

It may not seem like this would be a good major for someone going into law, but it can be useful. It's good for knowing opposing arguments as well as thinking critically. As a philosophy major, you'll learn all about different world views of various philosophers and why they see what they see. This can help you anticipate opposing counsel arguments so that you can counter them effectively.

Majoring in economics allows you to hone critical thinking and analysis skills. A great deal of what goes on in a court case involves money. Knowing and understanding economic systems along with fiscal policies and money-based law can be helpful in law school. You'll be adept at recognizing problems and finding solutions, so an economy or business runs smoothly.

It's worth noting that no specific major will guarantee your acceptance to law school. The LSAC states that no one major is better than another in preparing students for either the LSAT or law school itself. Major data changes from year to year.

But with all that being said, your LSAT score is still the number one factor in law school admissions. So when in doubt, focus on your LSAT prep. A high LSAT score can overcome your major and/or low GPA.