Home LSAT Prep The LSAT Edge Is the LSAT Hard? 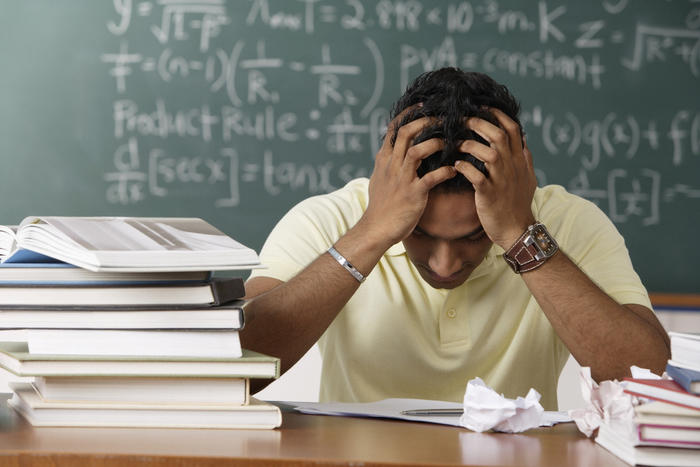 The short answer here is yes. In fact, it's a big yes. The LSAT isn't just hard, it's known to be ridiculously hard. Students hem and haw over the LSAT for months before they take it, shelling out cash and time to get as prepared as possible for what is sometimes treated as an IQ test for a prospective lawyer.

Of course, it's supposed to be hard. The LSAC (Law School Admission Council), the organization that created and administers the LSAT, uses the test to make sure that students are not only capable of practicing law, but serious about it as well. While some may casually take the LSAT, they are sure to fail. To do well on the LSAT requires months of studying. This process is not only time consuming but can be very expensive as well.

It's not so much a test that requires a student to remember random facts, but instead, it is a test that showcases a student's thought process. Because of this, it is very different from other tests that a student might have taken up to this point, such as the SAT or ACT.

This article will go over why the LSAT is so hard and what you can do about it. We'll review each section of the LSAT, and even throw in some helpful study tips.

The LSAT is a test that is broken down into five sections. Two of these sections are unscored, with the scoring sections allowing students to score between 120 and 180 points. Scoring a perfect 180 is exceedingly rare, with only an estimated 30 out of every 100,000 students achieving the mark.

Unlike other standardized tests that a student would be familiar with, the LSAT isn't aimed at finding out information that a student already knows. Instead, the aim of the LSAT is to figure out how a student thinks. Because of this, test prep for the LSAT will be different than it was with the SAT or ACT. Instead of learning what is on the test, students will be urged to learn how to take the test. Understanding the ins and outs of the LSAT can be as crucial as knowing the material that is on it. LSAC has made an exam that is purposefully hard. The LSAT is known for attempting to trick test-takers- to throw them for loops and see how they come out the other side. Students who do the best on the LSAT are not necessarily the ones who study the most, but instead are the students who understand the aim of the LSAT in the first place.

The length of the exam is similar to the SAT and ACT, but because of the amount of reasoning that goes into answering each question, students will probably find the LSAT to be much more stressful. To mitigate the stress and difficulty, students should do some form of test preparation, whether this is online classes or with a private tutor. Students doing LSAT study programs will learn as much about test-taking skills as they will about the content on the LSAT.

How is the LSAT Scored?

The range of possible scores for the LSAT is between 120 and 180. Students do not lose points for answering a question wrong. Instead, students receive points for each question that is answered correctly. This is what is called a "raw score". After the raw score is established, the final score is calculated by using a Score Conversion Chart which takes into account the scores of all of the other students who took the LSAT on the same test day.

Is the LSAT Always the Same?

No. The LSAT changes for each session that it is offered. While it may change in difficulty, that does not affect a student's ability to get a high mark. This is because the LSAT is scored based on a sliding scale that considers how everyone who has taken it has fared. So, the LSAT taken in June of any given year might be considered more difficult than the LSAT offered in December, but a score of 150 for each would signify equal performance.

Some students think that different sessions of the LSAT may be easier or harder than others. There has been a myth for some time that the December LSAT is the easiest of the bunch. This has been proven to be not true. However, if there were truth to it, it wouldn't matter because of how the LSAT is scored.

The Sections of the LSAT

The LSAT is made up of five different sections, each offering its own challenge. Four of the sections are multiple-choice, with a fifth section being the written essay.

Knowing what the sections are can in itself help mitigate some of the difficulty of the LSAT. There are also some really useful test-taking tips that you should take into account while you study.

Before we go into each individual section, there is one general tip that every student who takes the LSAT should follow. When taking a mock LSAT, try to recreate the exact scenario you will be faced with when you will take the actual LSAT. Have one of your friends act as a proctor. Bring only the things that you are allowed to bring. If you require accommodations for the LSAT, make sure you have those in place when taking the mock test as well.

This is actually two of the five sections of the LSAT. Each section is 35 minutes long and consists of 24-26 multiple-choice questions. These sections are challenging for many reasons. Questions in the logical reasoning section will test to see if a student can properly identify the main point of a legal argument. Students will also be tasked with being able to apply logic even with the most abstract concepts.

This is another 35-minute section that is broken down into four parts. Each part is known as a "logic game" and consists of 4-7 multiple-choice questions. This may not seem like a lot, but with a 35-minute time limit, students will only have about 8 and a half minutes to complete each individual "logic game."

These "logic games" are one of if not the most notorious sections of the LSAT because they are meant to trick the test-taker. Students will need to have multiple skills to get through this section with a high score. The point of these "logic games" is to determine a student's ability to understand the effect that laws and rules have on legal outcomes. Students will have to determine the relationship between complex and sometimes competing concepts. Students will also have to apply logic where there seems to be little. The situations presented in these logic games are often very ambiguous and very complex.

This is considered one of, if not the most difficult section of the LSAT because of how abstract it is. Test-takers will be thrown curve balls left and right and have to find a way to keep up. Because this is such a fluid and variable part of the exam, it is hard to give one solid piece of advice. However, there is some general advice that could really come in handy.

Those who do the best in this section tend to think creatively and think fluidly. These logic games are designed to make a test-taker think rigidly, but those who are able to keep the big picture in mind while playing these logic games typically perform the best.

Many students will find this section to be the most difficult of the LSAT because this section was designed so that test-takers have no prior knowledge of this section. Those who find themselves in the throes of the LSAT reading comprehension section will have 35 minutes to complete four sections.

Each section is roughly 60 lines long and has five to six follow-up questions. The four categories are always the same. Those are law, natural sciences, social sciences, and humanities. Three of the passages will be authored by one person, while the fourth will be authored by two people discussing the same topic. This section is meant to test a student's ability to understand complex texts in a short amount of time, and while under pressure. Students should expect to be able to pick out relevant information while determining the main ideas in each passage.

There are three types of questions during the reading comprehension section: identification, inference, and synthesis. Identification is pretty straightforward, while inference and synthesis can be pretty abstract.

Quick readers will be at an advantage for this section, though it is crucial to grasp the concepts in the text. A classic strategy for this part of the test is to read the questions first and then read the text so you can pick out the relevant information as you go. Some LSAT experts advise that students work on their reading speed before taking the LSAT.

This is an interesting section because it is unscored. However, the written section will be sent to every law school that a student applies to. The purpose of the written section is to determine a student's ability to come up with an argument based on given facts. Furthermore, students will need to support their argument through reasoning.

This can be stressful for many students because of the 35-minute time limit. Expert test-takers advise that students only use 10 minutes to come up with their argument, and use the remaining 25 minutes to write their essay.

The advice for this section is one you've probably heard before. K.I.S.S. "Keep it simple, student!"

(We know, we know. That's not the exact saying, but we are much nicer than the people who originally came up with it, and if you're taking the LSAT, we're guessing you're not stupid.)

Some students falter in this section because they try to write a masterpiece of an argument. However, masterpieces are hard to write in 35 minutes. Instead, keep it as simple and concise as possible. Law school administrators are looking for a well-reasoned argument, not the poetic musings of a law student.

The variable section of the LSAT can be stressful for students because they have no idea what it is going to be until they get there. This section could be any one of the three sections that students have already faced, though it will ever be an extra written section. That means that it could be any one of these three: logical reasoning, analytical reasoning, or reading comprehension. It might help mitigate the stress of this section knowing that it is unscored. This section is used to test a student's ability to "think outside of the box." Students will have 35 minutes to complete this section.