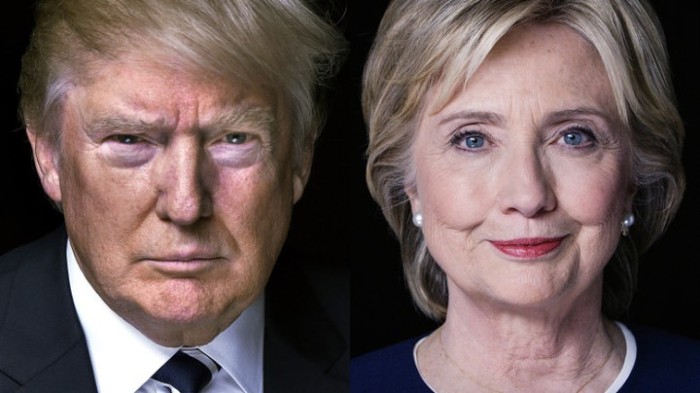 Last week, arguably the most anticipated Presidential debate in US history was held and Donald Trump and Hillary Clinton definitely did not disappoint—well, at least in terms of logical fallacies.

Some students voiced displeasure when we pointed out their candidate's logical fallacies. In response to these complaints, we would like to make something exceedingly clear—we DO NOT DISCRIMINATE when it comes to logical fallacies. And neither should you.

The sad truth is that you will not find a better source of logical fallacies than politicians, so watching the Presidential (and Vice Presidential) debates is a great way to take a break from your LSAT prep but still LSAT prep.

In anticipation of the first Vice Presidential debate tonight, we thought we would take a moment to review some of the most common logical fallacies from Trump v. Clinton I.

So without further ado, here they are:

(1) Correlation for Cause & Effect

To ensure that you never overlook this fallacy on the LSAT, let's use an example that all college students can relate to:

I find that when I fall asleep with my shoes on, I wake up with a terrible headache.

Here are some more examples of this fallacy from Trump v. Clinton I:

Trump infers cause and effect from correlation when discussing Obama's presidency and the rise in Chicago's homicide rate.

Trump infers cause and effect from correlation when discussing Stop & Frisk in NYC and the decrease in homicides.

Clinton mistakes correlation for cause and effect when discussing tax policies and the financial collapse.

The post hoc fallacy is a logical fallacy of the questionable cause variety that concludes "since Y followed X, Y must have been caused by X."

The fallacy here lies in coming to a conclusion solely based on the order of events, rather than taking into account other factors that might rule out the connection.

Let's highlight this fallacy with an example as well:

If you don't see a problem with this argument, you have probably been living under a rock somewhere and you have never heard of Lebron James.

And here are some more examples of this fallacy from the first Presidential debate:

Trump concludes cause and effect from temporal sequence when discussing the withdrawal from Iraq and the rise of ISIS.

Trump infers cause and effect from temporal sequence when referencing the hostages and payments to Iran.

(3) Assuming Consistency Between Past & Future

Another very common logical fallacy is assuming consistency between past and future, i.e. because something was the case before, it will continue to be the case in the future.

Let's take a look at an example of this fallacy:

Clearly, this is a flawed argument as one cannot presume success in undergrad will translate into success in a far more competitive environment, such as Harvard Law School where pretty much every student was at the top of the class in undergraduate.

Here are some more examples of this fallacy from last week's debate:

Clinton assumes consistency between past and future when discussing trickle down economics and economic growth.

Clinton assumes consistency between past and future when referencing discrimination suits brought against Trump.

Trump assumes consistency between past and future when discussing his success in private business and his future success as POTUS.

Trump assumes consistency between past and future when discussing politicians and the promises they make to African American communities.

Let's take a look at an example:

Bernie Sanders has argued in favor of free higher education for all Americans but Bernie Sanders is a communist so we should not support his policy.

This is a perfect example of an ad hominem attack. Senator Sanders' political affiliations/economic policies have absolutely no bearing on his argument that America should offer free higher education to all its citizens.

And here are some more examples of this fallacy from Trump v. Clinton I:

Trump brings up that Clinton has previously referred to African American males as "super predators".

Clinton attacks the source of the leaked DNC emails.

And there you have it! Make sure you tune into the Vice Presidential tonight at 6pm PST and follow LSATMax on Twitter because we will once again be live-tweeting all the logical fallacies we hear.

P.S. Just in case you missed SNL's parody of this debate on Saturday night, enjoy!