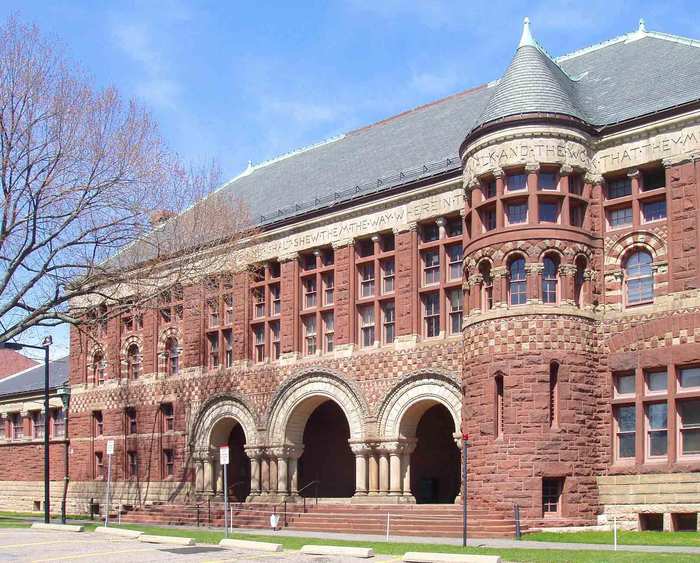 While Harvard Law School claims there are no numerical cut-offs for LSAT score or GPA, the reality is that most admitted applicants have LSAT scores in the top percentiles and exceptional undergraduate academic records.

Founded in 1817, Harvard Law School is the oldest continually-operating law school in the United States. HLS provides unmatched opportunities to study law and related disciplines in a rigorous and collaborative environment.

Harvard Law School’s scope is measured in its unparalleled breadth and depth of courses and clinics, its wide array of research programs, its diverse student body drawn from across the nation and around the world, and its extensive network of distinguished alumni including the 44th president of the United States Barack Obama and his wife Michelle Obama—former president candidates, Mitt Romney, Michael Dukakis and Ralph Nader—U.S. senators Ted Cruz, Mike Crapo, Tim Kaine, Jack Reed, Chuck Schumer, Tom Cotton and Mark Warner.

Additionally, fourteen of the school’s graduates have served on the Supreme Court of the United States, more than any other law school. Four of the current eight members of the Supreme Court are graduates of Harvard Law School, including Chief Justice John G. Roberts Jr. and associate Justices, Anthony M. Kennedy, Stephen G. Beyer and Elena Kagan, who served as the dean of HLS from 2003 to 2009—will be five of nine if Donald Trump's nominee Neil Gorsuch is confirmed. Ruth Bader Ginsburg attended Harvard Law School for her 1L year before transferring to Columbia Law School.

Harvard Law School also boasts the most Fortune 500 CEOs of any law school and second most of any school behind only Harvard Business School, including the current chairman and CEO of Goldman Sachs, Lloyd Blankfein.

So let’s take a look at what it actually takes to have a chance of being admitted to the most prestigious and preeminent law school in the world.

Here are the Harvard Law School class profile statistics for the past three years:

As you can see from these numbers, an LSAT score of 170 or higher and a GPA above 3.75 will give you a chance of gaining admission to Harvard Law School.

If you have a GPA of 3.94 or higher and above a 175, you are pretty much a lock for admission, particularly given the class size of ~560.

HLS no longer averages LSAT scores, so if you take the exam more than once, all scores will be received but only your highest score will be used when evaluating your law school application.

When will the HLS application materials be available?

When does HLS begin accepting applications?

Applications to HLS are accepted as soon as the application materials are made available. Like most law schools, admissions decisions are made on a rolling basis, which means you can expect a decision anytime between December and May.

How are applications to HLS submitted?

All applications to HLS must be submitted electronically through LSAC.

Does HLS have an “early admission” or an “early decision” process?

No. HLS exclusively uses a rolling admission process. This means that applications are reviewed in the order they are completed, which means all required materials have been received and processed.

Yes, but evaluative interviews are available by invitation only. All interviews are conducted via Skype. The rumor is that every single admitted student is offered an invitation to interview, so if you do not receive an interview request from HLS, you shouldn’t hold your breathe.