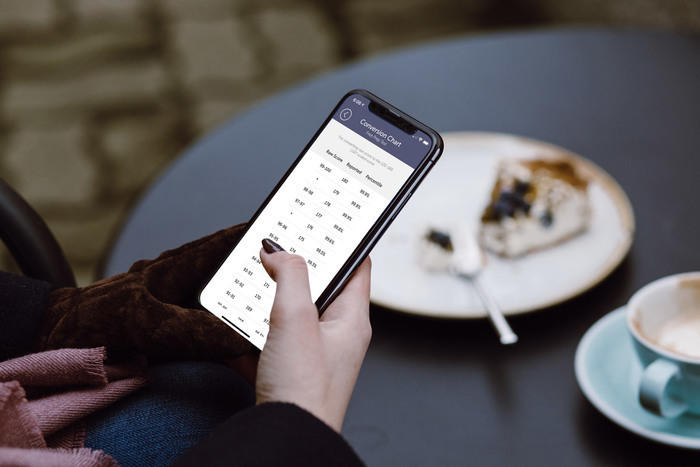 The LSAT is an entrance exam taken by aspiring law students to test their knowledge and competency to learn the law-related curriculum. With scores ranging between 120 and 180, law schools use it to measure the quality of applicants. As an aspiring law student, it is helpful to know how the scoring and LSAT percentiles work so you can set realistic goals for the test and know how to interpret the results once they arrive.

It is also important to prepare properly and give yourself the best chance to achieve a good score and be accepted into your desired law school. At TestMaxPrep, we offer detailed study and practice test content to help individuals who plan to take the LSAT.

The following is a complete overview of what LSAT percentiles are and how to interpret them properly. We also outline other scoring data on the testing results documentation and what law schools look at related to LSAT when determining an applicant’s admission status.

How are LSAT Percentiles Calculated?

LSAT percentiles tell students how their score ranks in relation to others who have taken the test that year. Due to score variations and test differences year by year, it allows law school programs to precisely distinguish which students performed best. The LSAT percentile, along with other testing data, is used with other considerations to determine if an individual qualifies for a particular law school.

To fully understand LSAT percentiles, it is important to know the other scores that show up in your testing results.

A true score is also provided, which indicates a likely range around the scaled score that might more accurately portray where the applicant’s knowledge is currently. The scaled score is what you usually refer to when talking about how you did on the LSAT.

Percentile, the last statistic, ranges between 1 and 99 and tells you what percentage of test-takers you beat on the test. For instance, a score in the 75th percentile means you did better than 75% of test-takers. A test in the 99th percentile puts you in the top percent, meaning you beat 99% of the other candidates. Percentile exists because the test can vary year to year in difficulty and length. While raw and scaled scores measure you against the test, percentile measures you against your peers.

Law school programs use all the testing data to make an informed decision about admission, and their intent is to enroll only the most qualified applicants. Of course, there are other factors outside the LSAT that they utilize, but it is essential to perform well on the LSAT to be accepted into the law school of your choice.

What is a Good LSAT Percentile?

In general, anything above 50% is relatively promising as it indicates you performed better than half of the test-takers. Considering that the bottom 25% have a tricky time getting into any school, though, a better target is the 65th percentile. To score around this percentile, you would need a scaled LSAT score of approximately 155-160, depending on the year.

If you score above the 90th percentile, you should easily get into a top school. To achieve this, you need a scaled score of 165 or greater, which translates to a raw score of around 85. In other words, to score in the top ten percent of applicants, you need to answer approximately 85 of the 100 questions correctly.

So, what is considered an above-average score? A score in the 80th percentile or higher will give you a good chance at most schools. This requires a scaled score around 160 and a raw score of approximately 78 or 79.

Now, let’s talk about average to below-average LSAT results. It is important to remember that approximately half of all who take the LSAT score below 150, so a score around this mark should not leave you discouraged. That said, we encourage those within the 40th to 60th percentile to take the LSAT again unless their chosen law school program accepts lower scores.

A well below average score is considered by many as anything below the 25th percentile, which typically indicates a score of 145 or below. However, do not be disheartened if your LSAT percentile is below average; use it as motivation to study harder and ensure quality results the next time you take the exam. You can take the LSAT multiple times, so a poor score on your first attempt is not an issue.

To put this information into perspective, below is a sample chart of data released from LSAC indicates scores that are above average. The numbers indicate the percentage of people that scored below a particular score over a 3-year period. For example, for 170, 97.1% of people who took the LSAT scored below that number between 2019-2020.

What LSAT Percentile is Required for Top–Tier Schools?

In the section above, we’ve laid out the different levels of performance, ranging from a well above average percentile to a score that ranks in the bottom quarter of LSAT participants. While a percentile rank above 80% is likely to be viewed positively by top law school programs, a score in the 50th percentile or below might make acceptance far more difficult.

So, what should you aim for on the LSAT to get accepted into a top-tier school? The answer depends largely on what you might consider top tier. For what most would consider some of the best law schools in the country — such as Harvard and Columbia — you need to be in the 90th percentile or higher (see chart below).

However, most programs view an LSAT score of 160 — which falls around the 80th percentile — with high regard.

In other words, every law school program is unique with its own requirements. Of course, some programs value the LSAT results more strongly than others, and some value the GPA and practical experience more than the LSAT.

If your score is below the 50th percentile, which usually means 150 or below, you may find it hard to gain admission into your ideal law school program or even a top 50 program. In this instance, do not be discouraged and remember that half of all who take the LSAT are in the same situation. Also, many who score in the higher percentiles did not perform well on the LSAT initially, either.

How to Score Higher on the LSAT with TestMaxPrep

You can retake the LSAT multiple times, so you have plenty of opportunities to show law school programs your knowledge. However, we encourage you to make your next LSAT your last one. Through consistent preparation with TestMaxPrep over the course of several weeks, you can feel confident on the day of your test, knowing you are in a position to put yourself in a top-tier percentile.

The difference between the ones who do well and the ones who hover around average is preparation and persistence. By using the right resources to prepare and putting in the effort to do well the next time, you can improve your score significantly.

To prepare properly, it is important to know where you stand. A common mistake made by many is assuming they are ready, either from taking misleading practice tests that suggest they are in the top percentile or a lack of prep.

Here at TextMaxPrep, we offer detailed LSAT practice tests that give you a clear indication as to where your knowledge stands currently. Our tests are often challenging, and while it may seem discouraging to struggle in the preparation process, we offer quality study resources and give you an accurate idea as to how prepared you are. This ensures you have the best chance possible to crush it on the day of your LSAT.

Our sign-up process is easy, and we even offer free practice tests to give you an idea of where you stand and how TestMaxPrep can help. Feel free to look through our free resources and contact us if you have any questions or concerns.

When are LSAT scores released?

LSAT scores are typically released three weeks following your test date. In some cases where the LSAT is disclosed, you’ll receive a copy of the test questions with your score report.

There are a couple of options when it comes to your LSAT score. The first is if you’re certain you didn’t perform well on the test — say you were unwell on the day — then you can cancel your test score up to 6 days following your test date. However, the risk of canceling is that you could end up deleting a potentially good score. Also, any schools you’re applying to will see that you’ve canceled on your score report.

The other option is to simply retake the LSAT, which is a desirable choice since law schools don’t look poorly on multiple test sittings. However, bear in mind that retaking the LSAT requires planning and additional study. To avoid another potentially negative score, you should rigorously prepare. Working with a private tutor is an option, as is taking the TextMaxPrep practice tests ahead of your official re-sit.

What is the LSAT curve?

The curve exists because not all LSAT tests are the same in terms of difficulty, which means in some cases, you can get as many as 15 questions wrong and still score a 170, while you can only get 8 wrong on another test to achieve the same score.

The LSAT test is often a stressful experience for prospective law school students. Here at TestMaxPrep, we understand the importance of a quality performance on the examination, and we provide all the study material and practice tests needed to prepare you for the big day.

Whether you plan to take the LSAT for the first time or want to improve your initial score, preparation is essential, and we are here to help. Now that you have a better understanding of what a good LSAT percentile is and how to work towards achieving your desired score, you can make sure you are ready.