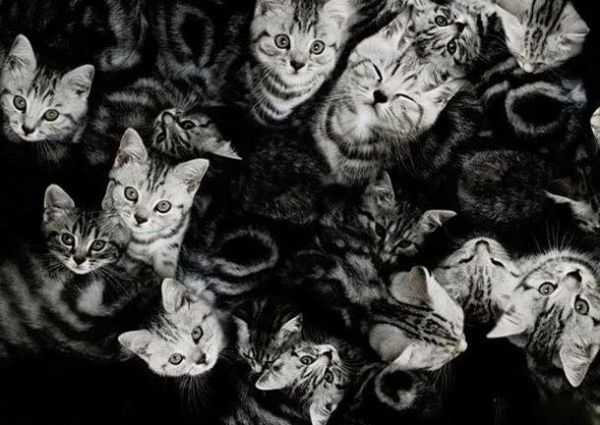 Most” means more than half. So key words and phrases indicating that we are dealing with a “most” statements include: “a majority,” “over half,” “more often than not,” and “more than 50%,” to name a few.

Now, as with all Quantity statements, a “most” statement does not have contrapositives. We can, however, take the variables and switch them, making the “most” into a “some” statement. For example, let’s look at the statement: “Most A’s are B’s.”

We can switch the variables and make the “most” into a “some.”

In the above situation, we can combine Q1 and Q2 by placing their right-hand-side variables into a “some” statement: B-some-C.

“Most cats have pointed ears. Most cats eat fish.”

We can combine this to become: “Some things with pointed ears like to eat fish.”

“Most cats have soft fur. Over half the animals with soft fur will shed. A majority of cats have very good night vision. Some cats are lactose-intolerant.”

We can only combine Q1 and Q3. We cannot combine “most” statements with “some” statements. Q1 and Q3 have the same left-hand-side variable. We can properly infer: Some things with soft fur have very good night vision.

Remember, you want to look for “most” statements with the same left-hand-side variable. Simple as that! Why don’t you try practicing this today during your LSAT preparation? You’ll soon see how easy combining “most” statements can be! Keep up the hard work!