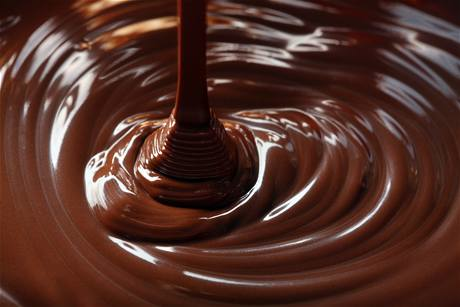 LSAT Prep and Chocolate work hand in hand! I know that I’ve discussed the amazing powers of chocolate with you a few times, but I thought it’d be an apropos time to cover the wonderful benefits of chocolate again because of a new study that has just been published in the New England Journal of Medicine showing a correlation between chocolate consumption and the number of Nobel Laureates in a given country.

Dr. Franz H. Messerli, the lead researcher of the study, was interested in whether a correlation could be found between a country’s level of chocolate consumption and its population’s cognitive function. Due to the fact that data on national cognitive function, as a whole, was not publicly available, Dr. Messerli used data on the total number of Nobel Laureates per capita. He believed that this data could represent one end of the spectrum of advanced cognitive function—in essence, giving some kind of measure for the overall cognitive function of a given country.  The result of the study showed a very strong correlation between chocolate consumption per capita and the number of Nobel Laureates in each country.

Amazing, right? Now, as we all know, correlation does not prove causation. But, why not use this as an excuse to eat more chocolate?

Just remember that the best chocolate to eat for improved cognitive function is dark chocolate. The benefits of chocolate come from its cocoa content. Dark chocolate has the highest amount of cocoa. Experts suggest getting chocolate that is at least 70% cocoa to ensure that you will benefit from the antioxidant-rich powers of the treat.

Another amazing effect of dark chocolate consumption is its link to possibly quelling one’s crankiness. We both know how irritable and cranky we can become as we study for the LSAT. I can’t tell you how many times I’ve unnecessarily snapped at a loved one because of my choleric mood brought on by one too many Logical Reasoning sections. Studies have shown that cocoa both eases bad moods and elevates good moods. In a study released last May, 72 participants either drank a chocolate concoction with a high content of cocoa or drank a placebo. Results of the study showed that those who took a daily dose of the cocoa mixture reported distinct improvements in self-assessed calmness and contentedness after just one month of drinking the cocoa mixture.

Isn’t that something you’d like more of on your LSAT Test journey? Calmness and contentedness? I think so! So break open a box of dark chocolate today, guilt-free! Your LSAT guru has officially endorsed it! Huzza for eating chocolate in the name of LSAT prep!