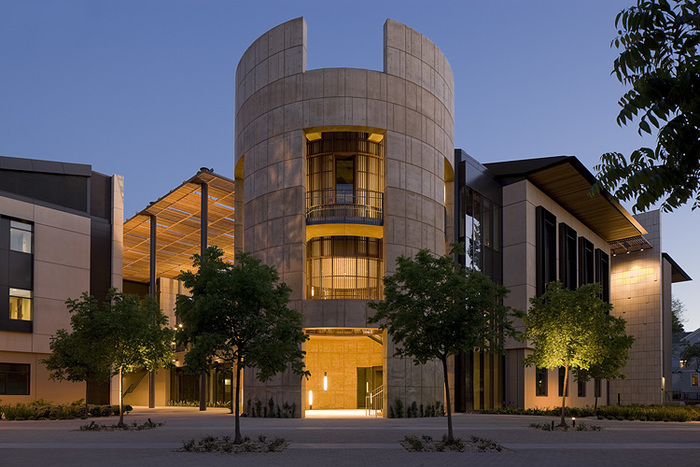 While Stanford Law School (SLS) has no numerical cut offs for LSAT scores or GPA, two criteria dominate the decision-making process: (1) the individual applicant’s intellectual ability and aptitude, and (2) the overall diversity of the class admitted.

Nestled between the San Francisco suburbs of Palo Alto and San Jose, Stanford Law remains the top choice for students craving the sunshine and serenity of a west coast law school campus.

Stanford University first introduced its law curriculum in 1893 when it hired Benjamin Harrison, the 23rd President of the United States, and Nathan Abbott as the institution’s first two law professors. Abbott assembled a small faculty and Stanford Law School was officially founded. The school was open to both men and women, which was quite progressive for the time.

In its early years, SLS was at the forefront of the efforts to institute the California bar exam, which was added as a requirement to practice law in California in 1919.

Stanford’s legacy has continued to reflect the political and social upheaval of the times, becoming more and more diverse in its students and curriculum. Student organizations have grown to include over 650 groups such as the Environmental Law Society, the Stanford Chicano Law Student Association, the Women of Stanford Law, and the Stanford Public Interest Law Foundation. To this day, the law school continues to deepen its commitment to interdisciplinary education with the development 25 formal joint degree programs for students to pursue. Additionally, the school offers several unique programs and centers for students to get involved in such as the Stanford Criminal Justice Center, the Center for Internet and Society, and the Center for Law and the Biosciences.

The school is surrounded by natural beauty, including several state parks, the Pacific Ocean and the San Francisco Bay. If you’ve managed to exhaust the endless amounts of on campus activities, the school is just a short drive to both the cities of San Francisco and Oakland. Both of these towns are known for their eclectic diversity and creative flair, and it’s a truly wonderful place to be as a young adult.

With all of this in consideration, it’s no wonder why Stanford Law receives about 3,900 applications from across the globe each year for it’s coveted 180 seats.

The admission’s process is highly selective with only 9-11% of applicants being accepted. If Stanford is on your list of dream schools to attend, you will want a GPA of at least a 3.75 and an LSAT score of at least 171.

Let’s take a closer look at what it actually takes to have a chance of being admitted to the most prestigious and preeminent law school on the west coast.

Here are the Stanford Law School class profile statistics for the past three years:

When will the Stanford Law application materials be available?

The application materials are released on September 1st.

When is the application due?

The deadline for submitting an application to SLS is February 1st at 11:59 p.m. PST.

How are applications submitted?

All applications must complete the entire application form and submit it electronically through LSAC.

Does Stanford Law School have an “early admission” or an “early decision” process?

No. SLS exclusively uses a rolling admission process, acting upon applications throughout the admissions season as they are completed. However, some applications are held until the committee has reviewed the entire applicant pool.

This second review occurs in April, at which time the class will be filled. A small number of applications will be held for possible use in filling vacancies that may occur during the summer.

The Office of Admissions will make every effort to send applicants a first response (accept, deny or wait list) by April 30.

Application deadline: February 1st
Application fee: $100
Financial aid deadline: To receive an aid package prior to the May 1 admissions response deadline, both applications (i.e. FAFSA and CSS Profile) must be completed by March 15, 2017.