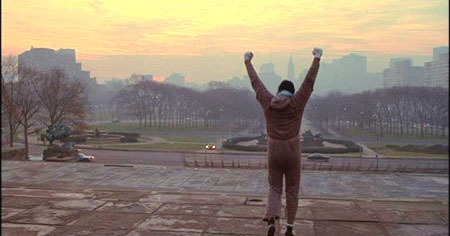 So a quick congratulation is in order for those who just took their LSAT Test. You reached the summit of the big, windy mountain you have been climbing. Wahoo! Ok great...what are you supposed to do? Well, some of you may be panicking over the February 2015 LSAT and debating whether or not you should cancel your score. I advise you not to cancel, unless something egregious occurred during the exam, e.g. three-quarters of the way through your Logical Reasoning section, you realized you’ve been mis-bubbling and didn’t have enough time to fix it, or you didn’t get to an entire Reading Comprehension passage or Logic Game when you’re used to completing all four.

The majority of those who took the exam all agree that the February 2015 LSAT was weird. In particular, one of the four Logic Games seemed to have stumped many people. It wasn’t just you!

What does that mean for you? Well, the curve of the exam will probably be a bit more forgiving. This is why I suggest you don’t cancel, unless you experienced one of the disasters we mentioned above. There are very few law schools that still average your LSAT scores; so even if you did get a score you are unhappy with, it won’t be held against you if you take the LSAT again and score higher.

The scores are set to come out on March 5th. LSAC, as it is wont to do, usually throws a curveball with the score release date and releases scores a bit early. I’ll surmise that scores will be out sometime around March 3rd. What should you be doing till then? Well, for those of you who still have incomplete applications (for those few schools whose deadlines haven’t passed yet), get on them immediately!

For the rest of you, patience is a virtue. If you’re still in school, turn your focus back to your classes. I’m sure you’ve neglected a few courses here and there throughout your LSAT prep. If you’re working, try and put in a few extra hours at work to show that you’re back in the game. And if you’re doing neither, then lucky you! Catch up on the new season of Girls, or get together with your friends and loved ones you’ve inevitably neglected throughout your LSAT prep.

There’s really no point in stressing. It won’t change your score. So, take a deep breath and relax. You’ve really worked very hard these past few months, studying, writing, and scrounging to get everything in order for your applications. You deserve a break.

And, for those of you who have yet to take the LSAT, crack open those practice LSATs and get to it! You still have a long way to go till the June LSAT!