Home LSAT Prep The LSAT Edge Everything You ... 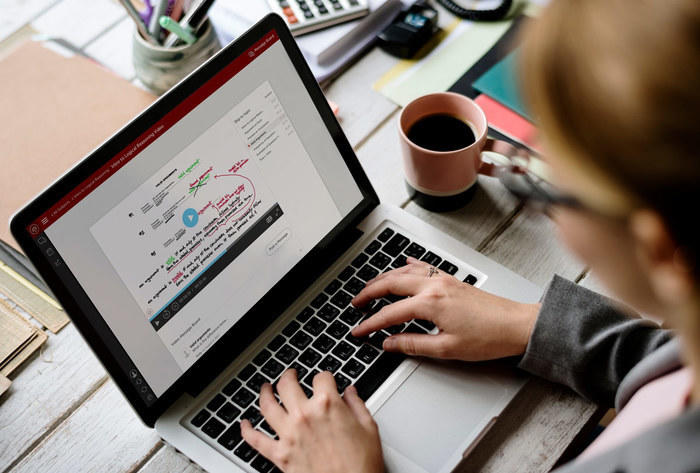 Are you preparing to take the LSAT? The Law School Admission Test (LSAT) is made up of various sections that’ll test different aspects of your intelligence and capability to cope in a law school.

A section that many LSAT candidates have struggled with over the years is Logical Reasoning. We are here to help with that by providing you with everything you need to know about this tricky section and what to expect when you come face-to-face with it during the LSAT.

What is LSAT Logical Reasoning?

The LSAT Logical Reasoning test is meant to test your ability to deduce the right response to a question. This section typically provides you with a short passage, followed by a related question. You will choose the most appropriate answer from a list of numbered multiple-choice options.

To pick which of the statements best answers the posed question, you’ll have to apply structured thinking. Structured thinking means organizing the information available to you in a logical pattern to reveal suspicious gaps in data. This type of thought process is an important skill every lawyer must have to be able to isolate and identify all parts of any given argument.

Arguments are a big part of practicing law, so it’s only logical that a law school verifies that you have the skills for dissecting and winning an argument. If you can’t examine and critically evaluate arguments that occur in ordinary language, you’ll likely have trouble passing an LSAT logical reasoning test.

How to take Logical Reasoning Tests

LSAT logical reasoning test questions are typically based on short arguments drawn from a variety of scenarios. To select the best answer to a Logical Reasoning question, you’ll have to read and understand the provided short passage. You will answer questions using the information gleaned from the reading.

The skills needed to answer this type of question are associated with logical reasoning and critical thinking. Examples of such skills are:

To successfully tackle any LSAT Logical Reasoning question, we recommend that you do the following:

Being an active reader is also helpful when handling logical reasoning tests. As an active reader reads a text, their mind is actively paraphrasing complicated parts, and compartmentalizing information to understand the topic, message, and purpose of the passage.

How to Prepare for the LSAT Logical Reasoning Test

While your innate intelligence plays a role in your ability to successfully tackle this test, regularly practicing logical reasoning exercises will boost your competency.

In light of this, let’s take a look at some tips that’ll increase your preparedness to answer LSAT logical reasoning questions:

Here are some books we recommend for preparing for the logical reasoning section of your LSAT:

To give you a clear idea of the sort of logical reasoning exercises to expect on the LSAT, we’ve compiled some here for you:

The questions here are based on the reasoning in the brief passages. More than one of the provided answers may apply to the question. Choose the answer that best and most accurately responds to the question. Do not choose an answer that clashes with common sense or is incompatible with the passage.

Manager: We recently hired three salespersons for our UK stores and online marketing. We have no direct feedback from customers at this point for the in-store marketing tactics. However, we discovered that the response to the online marketing effort is less than typical for a similar marketing strategy. Based on this, we assume that the in-store ads also performed below par as well.

The manager’s reasoning does which one of the following?

In 1907, a fatal accident occurred during the construction of the Quebec Bridge. Theodore Cooper, the bridge’s designer, was informed that the suspended portion of the bridge extending from its cantilever was slightly deflecting downward.

Before the project could be stopped, the arm of the cantilever arm broke off, plunging the suspended portion of the bridge and over 80 workers into the St. Lawrence River.

The inquiry that followed the accident resulted in the use of more rigorous applications of mathematical analysis and scrapped the use of engineering “rules of thumb.”

Which statement below can be inferred from the passage?

Answer: The mathematical analysis combined with the rules of thumb used before 1907 were inadequate for ensuring safety during bridge construction. The correct answer is, therefore, (A). Option (B) seems similar, but it infers that bridges made before that time were unsafe for public use, which goes beyond what the passage establishes.

The sociologist warned that democracy isn’t a political system that promotes political freedom. She backed up her claims with examples from history where democracy resulted in a hostile and oppressive society. She also pointed to various societies that practiced despotism and oligarchy that delivered enviable political freedoms to citizens.

The flaw in the sociologist’s reasoning is?

Succeeding at the LSAT is difficult—but altogether attainable. While preparing for your LSAT, make sure to dedicate sufficient time to prepare for all aspects of the exam, including reading comprehension and logic games. Making sure you are equally prepared for all sections of the test is the only way to guarantee you end up with a high LSAT score.