Home LSAT Prep The LSAT Edge Getting Into NY... 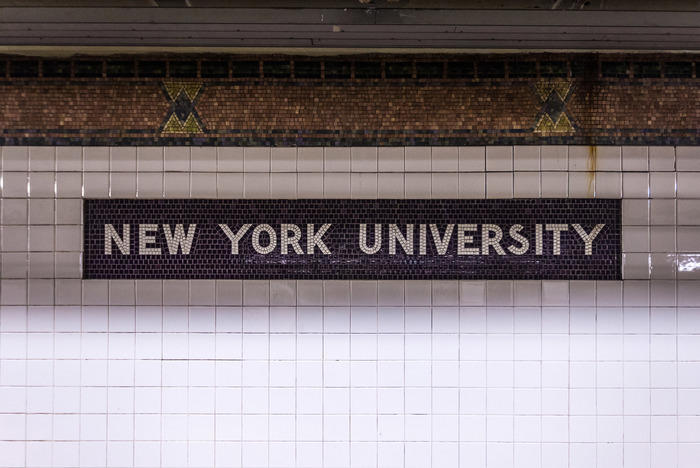 Learn what it takes to get into NYU  Law School.

Thousands of graduates acquired their law degrees at NYU, and many NYU law school alumni have gone one to accomplish great things. The former mayor of New York City, Rudy Guiliani, graduated from NYU before becoming a successful lawyer. Similarly, John F. Kennedy Jr. also preceded his career as a lawyer and journalist at NYU. The list of famous and successful alumni is extensive and includes successful trial lawyers, politicians, and business tycoons.

One reason that so many students strive to get accepted at NYU is the diverse curriculum. While many top law schools only specialize in niche areas of study, NYU Law School provides the best quality courses and lectures in dozens of niche legal subjects. NYU Law School offers law degrees in a wide range of areas, including, but not limited to:

In addition to the diverse and flexible course options, NYU Law School is well-known for its academic publications. Some of NYU's most prominent journals include the New York University Law Review, NYU Annual Survey of American Law, NYU Journal of International Law and Politics, Review of Law & Social Change, New York University Environmental Law Journal, Journal of Legislation & Public Policy, Journal of Law & Liberty, Journal of Law & Business, and the Journal of Intellectual Property & Entertainment Law. Some of these journals have been regularly published for over a century, and are cited in legal cases and research from across the globe.

Finally, NYU Law School is located in the heart of one of the most exciting cities in the world. Needless to say, prospective students shouldn't choose their school-based only on its location, but attending classes in Lower Manhattan is a nice perk. Thankfully, while NYU Law School is technically not part of the Ivy League, it still provides students with a top-notch legal education.

School rankings are very important for prospective students in any discipline, but they are especially relevant for students of law. Law school rankings indicate the quality of education at each respective university. Additionally, rankings are often cited by employers and other academic institutions as a vital metric when evaluating a candidate's eligibility.  Every year, dozens of independent organizations and news outlets use raw data to determine which schools currently sit at the top of the list.

While rankings vary somewhat based on which organization is doing the research and which metrics are given the most weight, the top 10 law schools in the country tend to be the same across the board. As of 2019, NYU Law School generally falls at #6 on most lists, making it one of the best law schools in the nation.

What Is The NYU Law School Acceptance Rate?

Law school rankings also help determine how competitive a given law school will be for prospective students. In most cases, the higher a law school ranks, the harder it is to get accepted. However, a few other metrics, such as the "prestige" of the institution and type of academic programs offered can influence admissions rates as well.

Annual variations are important, but they are often dictated by forces outside of an individual student's or school's control. For example, NYU Law School (and any other law school) can only accommodate a certain number of students. In 2019, NYU Law School made offers to 1,892 of the 5,716 applicants. However, the acceptance rate would likely be much higher (as a percentage of the total) if there were fewer applicants in a given year.

In any case, there are still a number of standard metrics that help determine a school's acceptance rate and are based on students' abilities. Undergraduate GPA and LSAT score are perhaps the two most important metrics, though various other aspects of each application are also considered. In 2019, the average undergraduate GPA among accepted NYU Law School applicants was 3.78. This average is relatively low when compared with other top law schools, like Harvard (3.86) or Yale (3.93).

Want to get into NYU Law School? Sign up for LSATMax today!

What Is The Tuition For NYU Law School?

What Are The Living Expenses At NYU Law School

What Are The Housing Options At NYU Law School

When will the NYU Law School application materials be available?

All NYU Law School applications must be submitted online. While these materials are available for review year-round, prospective students may not submit applications in July or August. You can find the necessary forms and application information on the NYU website.

NYU Law School begins accepting applications for the following academic year in September. The deadline to submit your application for the upcoming fall semester is February 15th.

How are applications to NYU Law School submitted?

NYU Law School applications are submitted electronically via the Law School Admission Council (LSAC) application. As with most other law schools, prospective NYU students must follow a 9-step process in order to submit their application online. The application process is outlined on the LSAC website.

Does NYU Law School have an "early admission" or an "early decision" process?

No, NYU Law School does not grant interviews at any point during the regular admissions process.

Want to get into NYU Law School? Sign up for LSATMax today!