Home LSAT Prep The LSAT Edge Shave Off A Who... 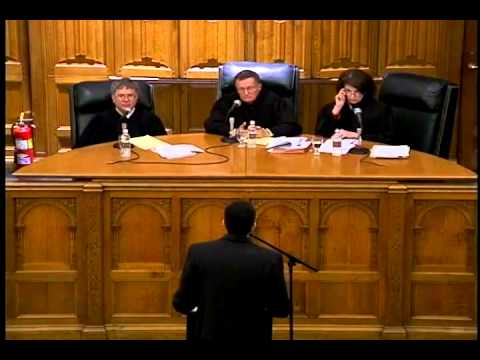 How does two years to get your J.D. sound instead of one? Would you rather save a year of law school tuition and begin working a year sooner than your peers? If your answers to these questions are yes, then you may want to look into law schools in the lovely state of New York. Today, New York state court officials will gather to discuss whether to allow law school students to sit for the New York bar examination after just two years in law school. Just two years?!? Yes! You read correctly.”

This amazingly outrageous idea was set forward by Samuel Estreicher, a professor at New York University School of Law. Estreicher believes that “skyrocketing” law school tuitions and diminishing job prospects for new lawyers have created a climate favorable to reform. “People have been asking for years: ‘Do we really need a third year of law school?’” said Estreicher, co-director of NYU’s Institute of Judicial Administration. “I’m simply proposing that we give students a choice to stay for three years or leave after two. The economic downturn is a big part of it.””

Estricher’s full proposal can be found in the New York University Journal of Legislation and Public Policy in an article entitled, “The Roosevelt-Cardozo Way: The Case for Bar Eligibility After Two Years of Law School.” The title refers to President Franklen Delano Roosevelt and U.S. Supreme Court Justice Benjamin Cardozo, who both earned their law degrees when the norm was two years. Some of the benefits discussed included cutting law students’ tuition expenses by one-third. Lower tuition means less debt for outgoing graduates, which places them in better positions to accept lower-paying jobs representing low-income clients. Also, giving students an option of a 3L year will give law schools incentive to create a third-year curricula that will be of more use to students.”

From 1882-1911, New York allowed law students to sit for the bar exam after only two years. But, by 1905, the Association of American Law Schools (AALS) mandated that member schools adopt the three-year curricula. Duke law professor, Paul Carrignton, commented on the proposal saying that law schools should be two years instead of three because the current three year model is wasting students’ money.”

Now don’t go buying your ticket to New York quite yet. There is opposition to the idea. Gene Nichol, a law professor at the University of North Carolina School of Law said that he believed students would be ill-prepared after two years in comparison to their predecessors of the past 75 years. He argues that law schools need to find ways to reduce the student costs. Well here’s a crazy idea: how about a bar exam review course that doesn’t cost $4,000?!?!”

It will be a very interesting meeting, and one you should keep an eye on. Who knows, maybe you could be one of the first law students in a long while who earns their J.D. in two years!”