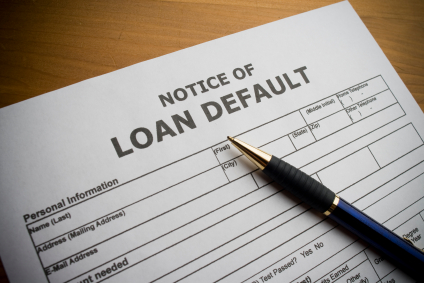 As you are grinding through LSAT sample question after question, I wanted to take a moment to discuss an important matter with you. For many of you, your LSAT prep trek towards law school was made in the pursuit of bettering the world through justice. Accordingly, a law school should help foster the skills needed to help you accomplish this. But, the fact of the matter is that many law schools act solely as private businesses, merely furthering their goal of making a profit with no regards to how many students are left in the dust. Specifically, I’d like to take a moment to talk about the entity known as the for-profit law school. Many prospective law students believe in the misconception that all law schools approved by the American Bar Association are—at their utmost stripped down level—similar. By this I mean, many believe that the purpose of a law school is to choose a well-rounded class and to mold their minds to become the bearers of justice. This is highly erroneous.

The American Bar Association accredits many law schools that admit large numbers of gravely under-qualified students in order to take their money and kick them out due to subpar grades. These unassuming students are forced to take out thousands of dollars in loans every year, and will most likely be unable to pay them back. What’s the result? Federal taxpayers are stuck with the tab and these law schools reap the benefits.

Recently, The Atlantic highlighted one such for-profit law school: Florida Coastal. Florida Coastal is owned by a corporate entity known as InfiLaw System. InfiLaw System is a Chigaco-based private equity firm that quickly caught on to the intriguing holes in the system of federal loan programs for financing graduate and professional education.

In 2006, the Federal Direct PLUS Loan program permitted all admitted graduate students of an accredited program to borrow the full cost of attendance—that’s tuition plus living expenses—directly from the federal government. The Direct PLUS Loan program neither limits the amount that a school can charge for attendance, nor does it limit the amount that can be borrowed. Thus, we have a highly intriguing situation for private-equity firms. Investors will get paid in the form of tuition from student loans, while any default made on the loans will be the federal government’s problem. Pretty sweet deal, right? And, unlike certain debt, educational debt can never be discharged through bankruptcy. It will latch on to the borrower throughout the entirety of his or her life.

Per mandatory reports that InfiLaw schools had to file with the ABA, it was reported that of the 1,191 InfiLaw graduates, almost one-quarter of them were unemployed in February 2014, nine months after graduation. What’s worse is that even this figure is inflated since about one in eight of their supposedly employed graduates are working at temporary positions created by the schools and funded by their current students’ tuition. Further, of the students who graduated from InfiLaw schools in 2013 only 0.92 percent obtained federal clerkships or jobs with large law firms. Simply stated, the odds of an InfiLaw graduate acquiring a job that could ever justify racking up the schools’ egregious debt level is essentially 100 to 1.

We’ve discussed the current trend of dropping application numbers to law schools. Ultimately, this is a great thing for you. But, make sure not to fall into the trap that many schools like the InfiLaw schools are devising in order to supplement their loss in income from application numbers dropping. In order to up attendance, many law schools have lowered their standards of acceptance. Though this seems like a good thing, you must be wary of the school’s motives. For example, Florida Coastal’s 2013 entering class had a median LSAT score of 144—this is in the 23rd percentile of all test-takers. A quarter of the class had a score of 141 or lower, meaning they scored in the bottom 15 percent of test-takers. As you should know by now, though those LSAT sample questions may be the bane of your current existence, they will actually help you gauge how well you will do in law school and your chances of passing the bar exam.  Essentially, this means over half of the students that Florida Coastal admitted were not only unlikely to do well in law school, but also unlikely to ever pass the bar exam.

So, why the lecture on for-profit schools? I wanted to reiterate a point we’ve made before in the blog. Yes, it is a great time to apply to law schools right now because due to very low application numbers, schools are lowering their admission requirements, and offering more money to students. That means you have a higher chance of getting accepted, and a higher chance of being offered more money. Yes, there is nothing wrong with going to a law school that is not in the Top 20. However, if you do so, it’s imperative that you get either a full ride or a big chunk of your tuition paid for. A JD is a great degree to have. If you go to a Top 20 school, then you have pretty high chances of nabbing a big law firm job right off the bat or at least nabbing a decent law firm job that can propel you to bigger and better things—ultimately, all helping you pay your exorbitant debt. However, it gets harder and harder to get high paying jobs the lower your law school is on the Top 100 list. So, graduating from a lower tiered law school with no debt means that you have a reputable degree that is highly useful in many fields of work and that you will carry little to no financial burden pressuring you to find a six-figure job before all your debt accrues.

What does this mean? It’s all the more important to have a high LSAT score. A high LSAT score will not only help you gain admissions to higher ranked law schools, but it will also give you more leverage for scholarships from all the schools that accept you, regardless of rank. So, you can choose to go to a lower ranked school on a full ride, or a higher ranked school with a decent scholarship! Not a bad position to be in, right?

The first step is deciding how you want to start your studying. Always make an informed decision. Just as many law schools out there are out to scam you, so too are many LSAT prep courses out there to siphon your money. That’s why we offer a 14-day trial of our full course for only $1. Click below if you’re interested!

Keep prepping diligently and maximize your chances of getting into the law school of your dreams!