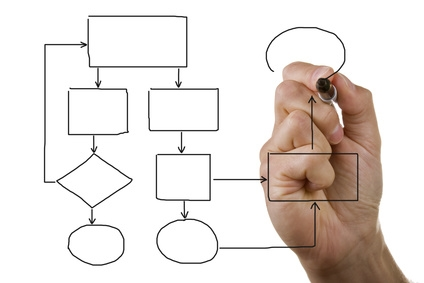 Hope your week is going by quickly and that you have seen progress in your LSAT prep. We focus a lot on the Logical Reasoning section of the course in this blog because it is half of your score. However, today, I thought we could have a nice look at the Logic Games section and practice how to diagram a few different rules.

The following rules are all taken from the actual June 2007 LSAT, so we will be practicing with actual LSAT questions—as you should always do during your LSAT prep!

(1) “On Friday either Greed or Limelight, but not both, is shown.”

So, here we have an “either/or but not both,” rule.

Make sure to remember to write out both forms whenever you encounter an “either/or but not both” rule.

(2) "Freedom will make exactly two voyages to Martinique, and at least one voyage to Guadeloupe will occur in some week between those two voyages."

Here we have a Sufficient & Necessary rule. We know that if a recycling center recycles wood, then it also recycles newsprint.

Simple, right? It’s good be well-versed in your Sufficient & Necessary rules, since . they are rampant in both the Logical Reasoning sections and Logic Games section of the exam. Alright, hope you found that helpful!