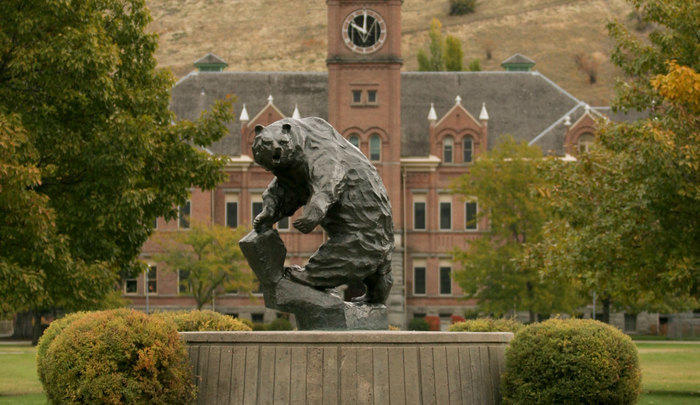 The Treasure State is rich in natural resources, outdoor recreation, and beautiful views. But it is somewhat lacking when it comes to studying the law. We’d love to run a feature on the Top Five Law Schools in Montana, but we can’t. The state has just one American Bar Association-accredited school.

On the bright side, the University of Montana School of Law is an excellent school. Situated in Missoula, it’s also one of the more affordable options. Let’s look at the school in more detail.

University of Montana School of Law

As you can see, the bar pass rate for graduates is quite high, which is particularly impressive when you consider that the minimum SAT score for entry is 970. Let’s compare the entry requirements with a top school like Columbia.

The University of Montana vs. Columbia University

The University of Montana ranks 115th in the country. Considering that there are 237 law schools in the United States, this ranking is not too bad. Now, granted, Columbia comes in fifth, but how different are the outcomes?

Not everyone excels at the SATs. Even if you’ve studied hard, the pressure can be overwhelming. You might have a bad day when you take the exam. The point is that more educational institutions are coming around to the notion that the SAT results are not the only factor to consider.

The University of Montana prefers to vet students on potential, rather than the results of one test.

The next thing to consider is post-graduate salaries. Again, the differences in the starting salaries are not as high as you’d think. In public service, you’re only likely to earn an extra $9,000 a year if you have a degree from Columbia. And much of that is due to the geographical distance.

Now, to be honest, there’s a vast gap between the two universities in terms of the private sector. Columbia graduates could potentially earn more than double. But, again, this could be a factor of geography. Is moving to the Big Apple worth the extra money?

As we can see, the University of Montana squares up pretty well against Columbia.

Is This the Right School for Me?

This is a small school with a reputation for excellence. With small class sizes, you receive a lot more individual attention. Active sports programs are in place. Tuition is reasonable, and it’s relatively easy to gain admission.

Will you flourish in a smaller, cozier environment? Then this could be the right fit for you.