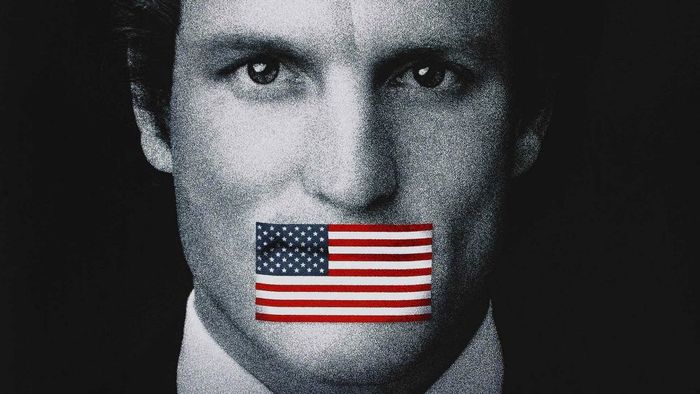 In this week's installment of BarMax Bar Clips, we review the concept of defamation and the constitutional issues that arise when defamation refers to a public figure with a little help from Larry Flynt and Jerry Falwell.

In the November 1983 issue of Hustler Magazine—a magazine of nationwide circulation—Larry Flynt printed a parody ad in which Jerry Falwell reveals having an incestuous encounter with his mother in an outhouse. 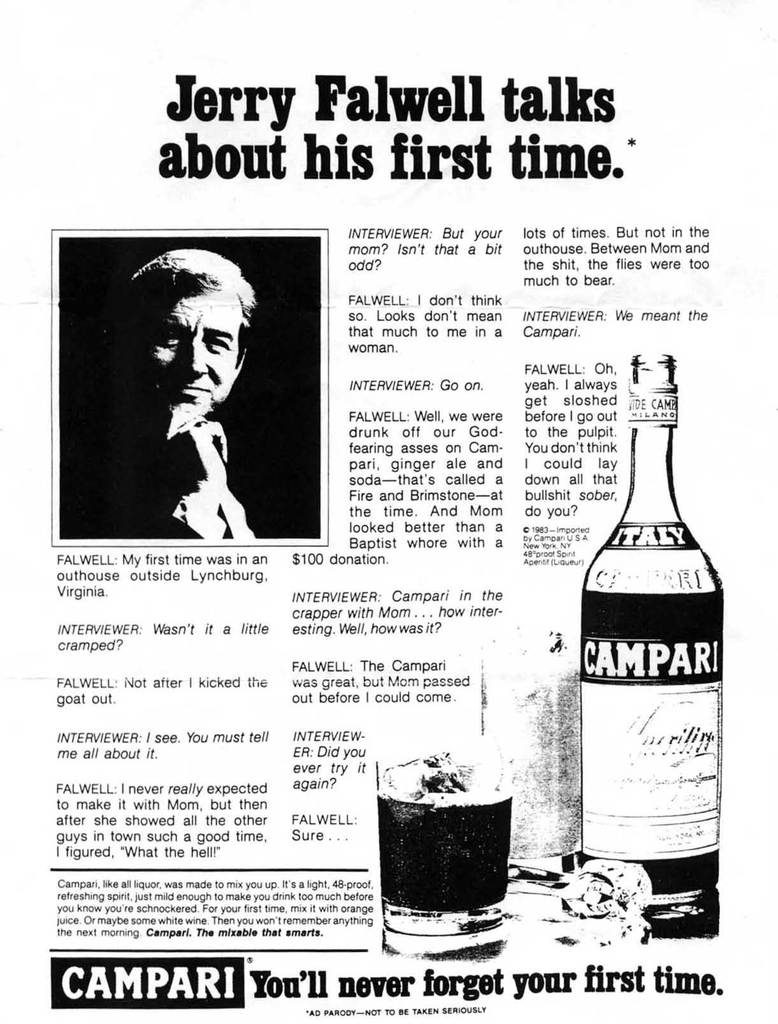 Notice that the ad carried a disclaimer in small print at the bottom of the page stating "ad parody—not to be taken seriously." The magazine's table of contents also listed the ad as "Fiction; Ad and Personality Parody."

Falwell, a nationally known Protestant minster, who has been active as a commentator on politics and public affairs, sued Larry Flynt and Hustler Magazine for libel.

Should Falwell prevail? Let's review, but let's proceed as though this ad was a fact pattern on an actual bar exam essay question and format our response accordingly:

Will Jerry Falwell succeed in his action for libel against Larry Flynt and Hustler Magazine?

At common law, defamation requires (1) damages to the plaintiff's reputation caused by the (2) publication by the defendant to a 3rd person (3) of a defamatory statement that (4) references the plaintiff.

For defamation of a public figure or public official, the US Constitution also requires the plaintiff to prove (5) the falsity of the statement of fact and (6) actual malice on the part of the defendant.

Whether or not damages are required for a plaintiff to succeed in a defamation action depends on the type of defamation alleged: i.e. libel, slander or slander per se.

Libel is defamation that is published in durable form, such as written words, film, compact disc, DVD, radio shows, TV shows, blogging, social media and the like.

In this case, the ad that is the subject of Falwell's cause of action was published in the November 1983 issue of Hustler Magazine.

As such, we clearly have libel in this case.

The rule is that a plaintiff need not show damages to succeed in a libel action because damages are presumed.

Therefore, Falwell need not show damages to succeed in his action for libel against Larry Flynt and Hustler Magazine.

The rule is that the defamation must be seen or heard by someone other than the plaintiff. Publication can be either intentional or negligent.

In this case, Larry Flynt intentionally published the parody ad in Hustler Magazine's November 1983 issue and Hustler is a magazine of nationwide circulation.

Therefore, we clearly have publication to a 3rd party in this case.

A defamatory statement is an allegation of FACT that harms the reputation of the plaintiff by reflection negatively on a character trait (e.g. honesty, peacefulness, loyalty and morality).

In this case, we clearly have a statement that harms the reputation of Mr. Falwell by reflecting negatively on his character traits of honesty and morality. In the ad, Falwell, a prominent fundamentalist Protestant, reveals having an incestuous encounter with his mother in an outhouse. This issue, however, is whether or not this statement is an allegation of fact. The ad was clearly identified as an ad parody, both on the ad ("ad parody—not to be taken seriously") and in the magazine's table of contents.

As such, while we clearly have a statement that harms the reputation of the plaintiff by reflecting negatively on a character trait, the disclaimers identifying the statement as an "ad parody" would allow a court to rule that the ad was not an allegation of fact.

The rule is that the defamatory statement must explicitly identify the plaintiff.

In this case, the ad is titled "Jerry Falwell Talks About His First Time" and, throughout the ad, "Falwell" appears before the responses to the interviewer's questions.

Therefore, we clearly have reference to the plaintiff in this case.

Under the First Amendment, public figures and public officials may not recover for defamation without additionally proving that the publication contains a (1) false statement of fact (burden of proof on plaintiff), which was made with (2) actual malice.

A public official is either a public official, a person pervasively involved in public affairs or those who have thrust themselves to the forefront of particular public controversies in order to influence the resolution of the issues involved.

In this case, the defamation refers to Jerry Falwell, a nationally known minister who has been active as a commentator on politics and public affairs.

Therefore, it is clear that Falwell is a public figure for purposes of First Amendment law.

Actual malice requires that the defamatory statement be made with knowledge that the statement is false or with reckless disregard as to whether or not it was true.

In this case, Flynt clearly published the statement with knowledge that the statement is false because the ad contains the disclaimer: "parody ad—not to be taken seriously."

Therefore, the ad was published with actual malice.

In First Amendment defamation cases, the burden of proof shifts from the defendant (i.e. truth as a complete defense) to the plaintiff to show that the statement is false.

In this case, shifting the burden to prove that the Hustler ad is false to Falwell will not change the outcome because the defamatory statement was not a statement of fact (see above) and clearly not intended to be taken seriously.

Since the ad referencing Jerry Falwell was clearly identified as a parody, it could not reasonably be understood as describing actual facts about Falwell or actual events in which he participated.

Therefore, Jerry Falwell will fail in his action for libel against Mr. Flynt and Hustler Magazine.

So what really happened in this case? Falwell actually brought claims against Flynt, Hustler Magazine and Flynt's distribution company for libel, invasion of privacy and intentional infliction of emotional distress. The case proceeded to trial.

At the close of the evidence, the District Court granted a directed verdict for Flynt and Hustler Magazine on the invasion of privacy claim. The jury then found against Falwell on the libel claim, specifically finding that the ad parody could not "reasonably be understood as describing actual facts about [Falwell] or actual events in which [he] participated."  The jury, however, ruled for Falwell on the intentional infliction of emotional distress claim and stated that he should be awarded $100,000 in compensatory damages, as well as $50,000 each in punitive damages from the defendants. Defendants- motion for judgment notwithstanding the verdict was denied.

On appeal, the United States Court of Appeals for the Fourth Circuit affirmed the judgment against Flynt and Hustler magazine, despite conceding that Flynt and Hustler magazine were "entitled to the same level of First Amendment protection in the claim for intentional infliction of emotional distress that they received in Falwell's claim for libel."

Given the importance of the constitutional issues involved, the Supreme Court of the United States granted certiorari.

In the end, the Court reversed the Court of Appeals, concluding that "public figures and public officials may not recover for the tort of intentional infliction of emotional distress by reason of publication such as the one here at issue without showing, in addition, that the publication contains a false statement of fact which was made with 'actual malice,' i.e., with knowledge that the statement was false or with reckless disregard as to whether or not it was true."

In the meantime, if you stumble across any movie clips that make you think of the bar exam prep, please email us at info@getbarmax.com.