Home Bar Review The Bar Exam Beacon What is the Uni... 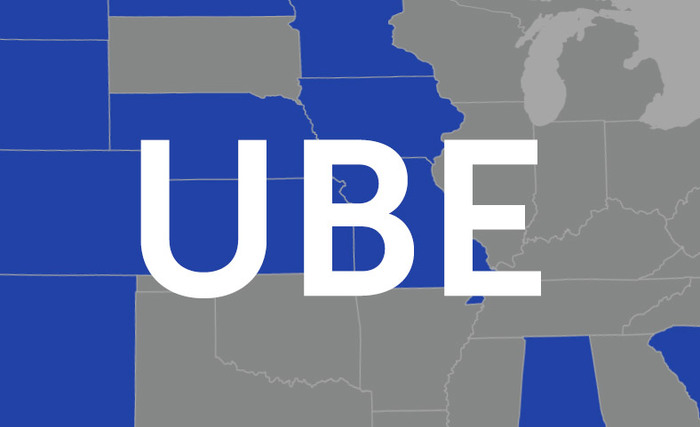 With the addition of Texas in 2021, The Uniform Bar Exam has officially been adopted by 38 states and the District of Columbia.

Given the prevalence of the Uniform Bar Exam nationwide and the likelihood that even more states will continue to adopt it, we thought we should take a closer look at this exam.

As the name implies, the UBE is uniformly administered, graded, and scored by states that have adopted the UBE. Some jurisdictions require an additional, state-specific exam in addition to the UBE components listed above.

The UBE has currently been adopted by the following jurisdictions:

While not technically UBE jurisdictions, the following jurisdictions either test or substantially test the UBE:

Grading of the UBE

The UBE is designed to test the knowledge and skills that every lawyer should be able to demonstrate prior to becoming licensed to practice law.

The NCBE scores the MBE component of the UBE while jurisdictions grade the MEE and MPT components.

UBE total scores are reported on a 400-point scale and each jurisdiction sets its own passing score.

The most intriguing aspect of the UBE is that you can transfer UBE scores from one UBE jurisdiction to another, assuming that your score meets the requirement of the jurisdiction you are attempting to transfer your UBE score to.

So for example, if you sat for the UBE in Arizona where a 273 is required to pass, but failed with a score of a 270, you could nevertheless transfer this score to New York, where the minimum passing score is a 266.

Pretty convenient, no? Not only would you not have to retake the Arizona bar exam, but you would also get to move to New York and be barred without having to take the New York bar exam. Sounds like a win-win!

And it is precisely this convenience that will continue to pressure non-UBE jurisdictions to adopt the UBE.