Home LSAT Prep The LSAT Edge Getting Into Tu... 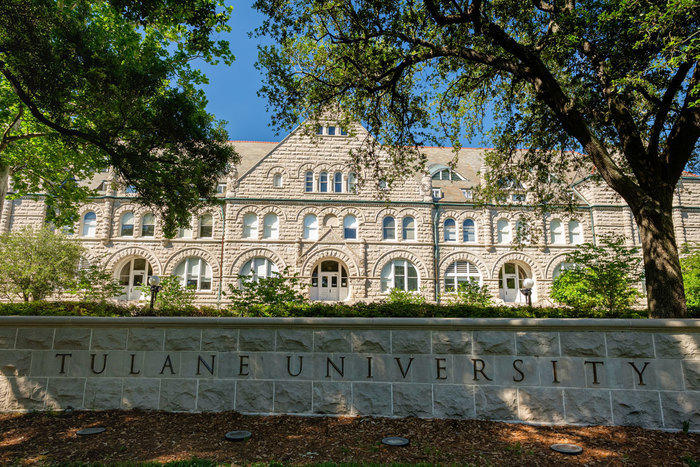 Tulane Law is a subdivision of Tulane University in New Orleans, Louisiana. Founded in 1847, it is one of the oldest law schools in the nation.  The school is directly on the main Tulane University campus in Uptown New Orleans, a lively neighborhood filled with coffee shops, restaurants, residences, and boutique retail stores. Hurricane Katrina caused substantial damage to the campus, but most of the infrastructure has been restored.

Students typically spend their first year learning common and federal law, but second and third-year law students can sign up for a wide range of electives. The university offers specialty courses in environmental law, civil law, and maritime law.

Tulane Law offers rigorous course material that’s designed to produce “work ready” students. This includes action-oriented research that gives students real-world legal experience.  The university has an impressive roster of professors, many of whom had successful legal careers prior to becoming educators.

Though the curriculum is demanding, Tulane Law has a very supportive faculty. There’s also a strong network of alumni willing to provide valuable advice for students. Advanced courses include over 100 supervised clinics and over 600 simulated courses.

As of now, the school has 45 full-time faculty members. The diverse faculty is split up by area of expertise. Some professors are seasoned legal professionals, and others are solely academics. Many are local leaders in comparative law, taxation, maritime law, intellectual property, and business law.

Tulane was one of the first law schools in the country to offer study abroad programs. Students can spend a semester studying law in foreign countries all around the world, including France, England, the Netherlands, and Italy. Tulane also has a widely recognized summer-law program that welcomes over 4,000 students from around the United States.

The school holds an impressive 91% Bar passage rate for first-time takers. Tulane also scored .33 on the diversity index, making it one of the most diverse law schools in the region.

Tulane invests greatly in improving student life. These efforts include creating programs for alumni to connect with students and provide guidance. Moreover, the school actively organizes networking events and reunions. Life outside of the classroom at Tulane Law is nonchalant. Living expenses aren’t too high, and Uptown New Orleans is a lovely laid-back neighborhood.

Many of Tulane’s notable alumni went on to become Louisiana governors, senators, judges, and mayors. Here are some of the most notable Tulane Law alumni:

Tulane Law is an excellent school for students looking to practice law around New Orleans, but that’s not all. Though it may not be as prestigious as Harvard or Yale, it has a solid reputation in the Southern United States. A large number of Tulane Law graduates go on to work for top-level law firms in New Orleans, Houston, and Dallas.

If your goal is to work in the Southern market, Tulane Law is a wonderful school full of amazing students and professors.

Checking the rankings of a law school is an important step in the application process. The rankings will give you an idea of your chances of being accepted. They also give you insights on the course material, faculty, infrastructure, career opportunities, and more.

Law firms want to hire graduates from high-ranking universities. Ranking helps determine the applicant’s credibility and overall experience. However, university rankings are always changing. Organizations release their rankings annually and use a wide range of factors for their scores.

In 2018, Tulane Law was ranked number 34 for “Top 50 Go-To Law Schools” by Law.com, and U.S. News & World Report ranked Tulane Law number 54. Tulane’s maritime law program is considered to be one of the best in the world.

The school rankings should be used as a reference when applying, but they are not the only determining factor. It is just as essential to consider your career goals and desired area of practice when applying to law school.

What Is The Tulane Law School Acceptance Rate?

Schools with higher rankings are usually more competitive. Prestigious law schools such as Harvard and Yale have exceptionally low acceptance rates (less than 15%).

However, acceptance rates are controlled by more than just rankings. Faculty, curriculum, applications received, and reputation all play a huge role in determining acceptance rates. For example, the top six law schools are world-famous institutions with elite status. So naturally, they are going to attract a high number of applicants.

Tulane Law is considered to be a relatively competitive school with a 60% acceptance rate. Though this rate is much higher than the national average of 45%, applicants will need to make sure they meet all the admission requirements to have a successful application.

Sometimes acceptance rates can fluctuate. This often happens when the number of applications increases, or the school must accept fewer students than usual. Also, factors such as a new professor or program can cause an increase in applicants.

For the class of 2024, Tulane received 1,431 applications and sent 862 offers. To be considered for enrollment, you’ll need to make sure to exceed the medians for GPA and LSAT scores. To give you an idea, the class of 2024 had an average undergraduate GPA of 3.42, and a median LSAT score of 159.

If your GPA is lower than the 25th percentile, you should focus on your personal statement. Having a stellar application and reason to go to school may give you a chance to stand out from the rest of the applicants.

To truly make up for a weak GPA, you need to crush the LSAT and score over the median. This won’t guarantee you an offer, but it will increase your chances of being accepted.

The acceptance rate does help determine a law school’s quality of education, but it’s not the most important factor. You should spend time researching more aspects about the professors, subject matter, career placement programs, and student life.

What Is The Tuition For Tulane Law School?

What Are The Living Expenses At Tulane Law School?

What Are The Housing Options At Tulane Law School?

When will Tulane Law application materials be available?

Tulane’s application materials are always on their website, regardless of whether applications are open or closed. You can find more here.

The admissions office begins accepting applications on September 15th. The application deadline is March 1st. Applying after the deadline is possible, but the class may be full.

How are applications to Tulane Law submitted?

Interested applicants need to find Tulane on the LSAC online application service. Paper applications are available if you email admissions@tulane.edu, or by calling 504-865-5930.

Does Tulane Law have an “early admission” or “early decision” process?

No, Tulane Law does not have an early decision process.

Interviews are granted upon request, but they are optional.

Hurricane Katrina caused a lot of uncertainty for the future of Tulane Law, but the school was able to recover. It’s once again one of the top law schools in the state and has a successful employment rate for graduates. Many graduates end up working for high-level law firms in New Orleans, Dallas, and Houston. Tulane has a vast network of alumni that are leaders in the Southeastern legal market.

Around 91% of graduates find employment right after graduation, and 2% pursue additional degrees. About 33% of graduates stay in Louisiana, while others take on larger markets such as New York or Texas.

Nearly half of all graduates end up working at law firms, and others represent business and government agencies. A few alumni find themselves working for sports teams, since Tulane has an excellent sports law program, and several professional sports team managers hold a law degree from Tulane.

Though Tulane may not carry the same weight as prestigious schools like Stanford or Harvard, it’s a great law school that has a solid reputation in New Orleans. Plus, the acceptance rate and tuition are much friendlier. Graduates earn a healthy salary if they choose to stay in the city and work for smaller firms.